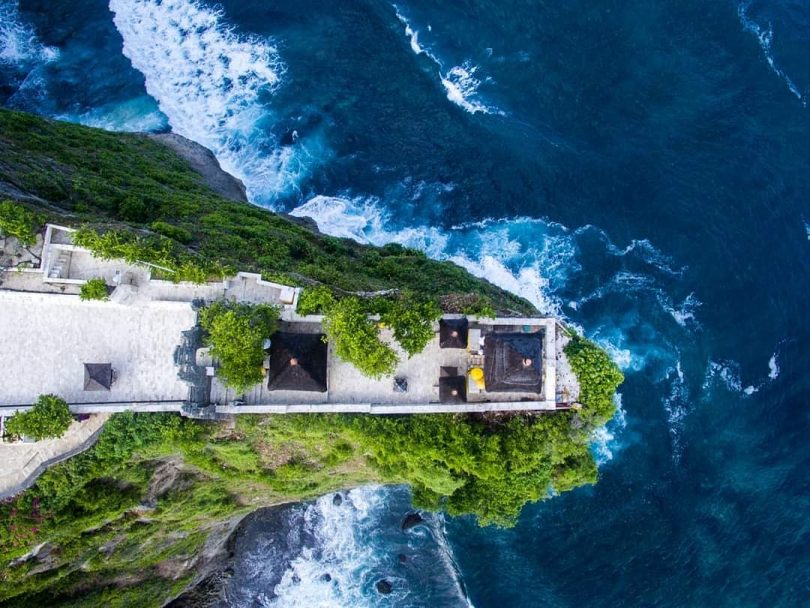 Many thanks to the thousands of friends who have joined the guided meditation sessions and discussions in this January 2021 meditation generation.  As an expression of gratitude to friends, here is a brief summary of the message for the past two days.  With a simple hope, that the darkness within can be brightened by a beautiful Light.  Refreshing the memories, this simple thesis of this meditation generation for January 2021 reads something like this: “The most beautiful way to be saved from the influence of the darkness outside is to recognize and illuminate the darkness inside”.  Remember, the brain loves patterns and repetitions.  Once life flows out of the line from it’s usual patterns, bad moods will emerge.  In order not to grow into dangerous anger, remember to enlighten yourself with the beautiful Light of mindfulness.  The same thing happens with thinking-feeling loops, very old conditioning (remember Pavlov’s research with dogs and his bells), neurological circles in the brain that invite bad memories, to gaps.  between the ideal and reality.  As soon as negative thoughts arise, quickly bring the mindfulness lantern inside.  This is a practical step to recognize the darkness within, as well as to illuminate the darkness inside.  Especially to minimize the grip of darkness outside.  For more details, please re-watch the recorded video meditation session on January 19 and 20, 2021.

On the second day, all friends were invited to lighten up the darkness inside with 3Ps: “practice, practice and practice”.  In order for us to become strong in our daily practices, here are some things that were kept secret.  Since the world nowadays keep giving very dangerous signs, Guruji humbly apologize deeply to the secret Master in nature.  This secret is opened not for the purpose of arrogance, but to guide humanity along the path to salvation.  The Balinese elders call it Basukian.  Then given a sign in the form of a majestic and great temple named Pura Besakih.  Starting in 2002 when the Bali bombing exploded, for more than 10 years, Guruji made many spiritual trips in Bali.  To make the story short, both the lower realms and the upper realms (gods) were ask to be saved.  The underworld often appears with a face that is terrifying from the eyes of an ordinary person.  From a snake with no head, a snake with a chicken’s head, a short but large snake, a flying snake, a woman with long hair with legs that do not touch the ground, to thousands of spiders climbing the body of Guruji in the sacred and old Pura Pura Luhur Uluwatu.  The deva (gods and goddess) realms are similar. They did not come asking to be saved through dreams.  But they comes while the eyes are open.  A pagoda (Meru) in a holy place in the village where Guruji was born gives a sign that it is about to collapse.  One more time, this happen when the eyes are wide open.

Provided this information, here are some advise for all close friends, it is impossible for mankind to live healthy and happy if other realms are suffering.  Again, it is impossible for humanity to live a healthy and happy life if other realms are suffering.  Referring to the symbol of the thousands of spiders climbing Guruji’s body at Pura Luhur Uluwatu: “Human beings live in the same cosmic spider web”.  Whatever humans do while on earth, their actions will return back to mankind itself.  As one important example, because forests are destroyed, the quality of oxygen that is needed so badly become decreases.  Then nature took steps to it’s self-organizing universe (restructured itself) by giving birth to the corona virus.  So that aircraft and vehicles that pollute the air can be reduced.  In the end, humanity itself suffers the most. This also cause many people died, as well as billions of people have lost their jobs.  In the midst of such a super complicated situation, blaming anyone is not recommended.  What is recommended for all friends, let’s do the things that can be done.  As the message is often shared: “Stop looking for the wrong things.  Start doing beautiful things.

Here are some guidelines for how to start it.  Especially so that all healthy friends can be safe.  First, take care of the below realms as beautifully as possible.  At least, by less hurting them.  From feeding wild birds, caring for plants, to not destroying the forest.  Friends in Bali inherited the old tradition of segehan (read: below realms beings).  Keep this tradition by giving treats to the lower realms.  Especially on their sacred days like kajeng kliwon.  Do this because you love them.  Not because you are afraid of them.  The results will be so much different.  The direct experience of taking care of the god’s house who asked to be saved in the village where Guruji was born, the toughest challenge did not come from the demon realm.  The greatest obstacle that Guruji ever encounter comes from the human realm.  After several of children in the village broke their legs while playing football in the sacred forest, the villagers were persuaded not to play soccer there.  But still no luck.  Later, one of the temple administrators there died because vomiting blood.  Again, it is difficult to invite residents not to injure the forest where the temple is.  A few months ago, the head of the village (Perbekel) died suddenly for no apparent reason.  That, too, did not touch the villagers hearts to stop harming the forest.

The lesson is clear, try not too much spending energy to change the people on the outside. Focus on beautifying the heart inside.  For close friends everywhere, take care of each other’s holy places.  At least don’t make the holy place dirty.  When cleaning the holy place, do it not because you are afraid of gods and God.  Do it because you love them.  While remembering the story of the thousands of spiders that climbed to Guruji’s body at Pura Luhur Uluwatu: “Human beings grow in the same cosmic spider web as the lower and upper realms”.  Again, all friends shall refreshed their memories: “Do not do it out of fear.  But do it because you are full of love for all creatures in this world.  That is why, for years Guruji has been praying for medicine for all sick beings, asking for food (drink) for all hungry (thirsty) beings, asking for shelter for beings who need protection, asking for blessings for all beings who long for blessings, asking  peace for those who longs for peace.  That’s a step for the lower realms and the upper realms.  The following steps are recommended for friends to take care for the middle realm (human realm).

As a first step, always remember the message that has been conveyed over and over again: “No matter how hurt inside, violence is not the answer.”  Especially because every violence committed in nature will return in the form of other violence.  When Guruji studied at one of the peaks of the Himalayas in 2008, Mahatma Gandhi’s face was shown in a glimpsed.  In the secret dialogue inside, Mahatma Gandhi was asked: “What is the essence of your teaching Mahatma?”.  He replied: “Ahimsa (non-violence)”.  When asked what was the essence of the holy book of the Vedas, Mahatma Gandhi again replied: “Ahimsa”.  With full respect and excuse to the Great Soul, Guruji was then told and asked a message like this: “Mahatma, I want to spend the rest of my life in Bali.  On a beautiful island where the majority of the people are Hindus.  Sorry, I’m sorry, what message should be taught? ”. Again, this man whose life example was amazing replied: “Ahimsa”.

That is why, the Compassion family had almost no conflicts with anyone.  If there is a potential for conflict, we always step back and keep humble.  In the village where Guruji was born, the realm of Light (higher deity) even came openly wide asking Guruji to save his place of residence.  Respectfully addressed to the gods: “Deep apology, but we must not violate the teachings of Ahimsa”.  With this Ahimsa provision, learn not to abuse yourself.  Either roughly or subtly.  Suicide is a violent act to self-righteousness.  Never feel satisfied, often complaining, never giving thanks is a face of violence which is subtle to oneself.  Failure to flourish is a very subtle form of violence against oneself.  As a closing note to close friends, this is not the lap of time to have it all.  It is a lap of time to get in tune with everything that is happening.  Thank you close friends for taking the time to read this “love letter”.  Be sure to take care of yourself, your family and your environment as beautiful as possible. Always remember, we live in the same spider web as all creatures in nature.

Photo by Omer Rana on Unsplash