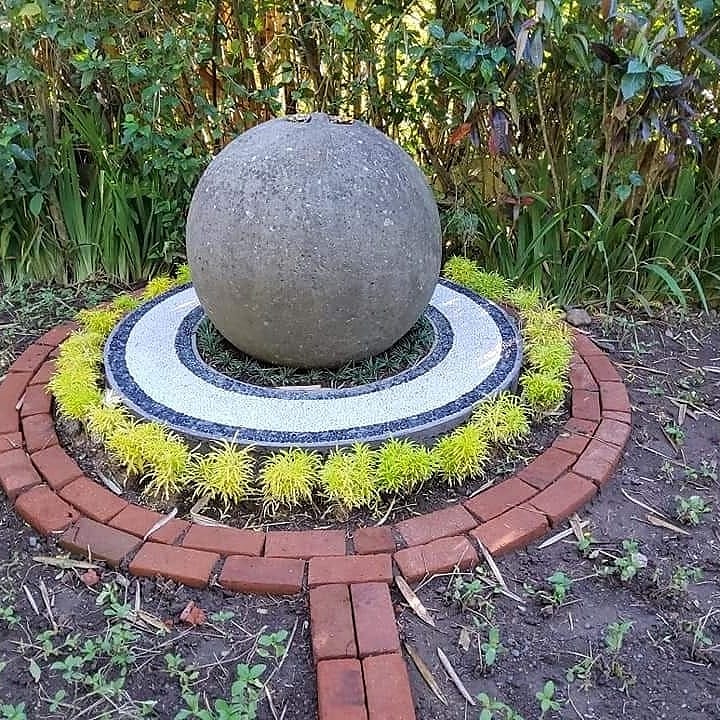 Inner Sorrow: The island of Bali is currently in a very touching condition.  The economy is falling and now the religion of the elders is insulted by people in public.  Do we, who were born in Bali today have such a big fault that we have to experience such great pain?

Inner Sorrow: Then what measure should be used to measure this day.  So that all friends can be calmer.  At least they would not answer anger with another destructive anger.

Inner Guru: As one of the important symbols that you inherited in the Ashram where you live called Sarva Mandala.  Invite people to see, whatever happens in nature is part of the same dance of perfection.  In Hinduism there is Nataraj.  In the Buddha there is the Buddha of mercy, Avalokiteshvara, who has a thousand arms.  Pain, as you often share, is transforming all friends to become one of Buddha Avalokiteshvara’s holy hands.  Namely, to relieve the burden of suffering in this world.

Inner Sorrow : There aren’t many people to look at it in this point of view.  Willing to take the pain to ease the burden of suffering in this realm.

Inner Guru: Since ancient times the bearers of Light have always been few in numbers.  But it’s these very little numbers that actually can saves the situation.  Invite the few people to go through the pain as sincerely and subtly as possible.  As taught in statistics, some faces of life are like the zero sum of the game.  For some to be happy, there are some need to be sad.  And the island of Bali and its people who are sincerely going through pain are actually maintaining the balance of nature.  And that’s great.  Remember your story about the white bird in the snow.

Inner Sorrow: Can you tell our friends how to be more enthusiastic during painful moments, what is a white bird in the snow?

Inner Guru: You are place in the crowd to keep the balance of nature, but very few know that you are doing that noble job.  And tell the new generation of Balinese people, the old Balinese elders were very metaksu (charisma, radiant) because they took their way as white birds in the snow.  There are a great many sublime literary works, which still guide them to this day, that do not use names.  It is never known who the author is.  That’s exactly what I meant as the white bird in the snow.

Inner Sorrow: In order for the new generation to believe, can you mention some ancient examples that made Bali dignified and charismatic?

Inner Guru: In 1978, an outsider was about to set off a bomb in Bali.  The bomb exploded on a night bus in a city in East Java.  The great Indian poet Rabindranath Tagore once came to Bali.  His tongue was not long enough to explain the beauty of the island of Bali.  The recent tragedy, if the terrorist bomb that exploded in the US in 2001 was followed by the heavy shooting of bullets from US soldiers in Iraq and Afghanistan, in Bali there was not a single small stone was thrown at the homes of non-Balinese.  Not long after, the world media repeatedly (once again world media) called Bali the most beautiful island in the world.  The famous US writer Elizabeth Gilbert even told her story around the world through bestselling books and blockbusters.  The conclusion is clean and clear: “Bali is an island of love”.

Inner Sorrow: In other words, the key is to keep the spiritual pearls and gems safely inside.

Inner Guru: You are right.  Pay attention to the  people who are materially wealthy in Bali.  From then until now.  Rarely do they flaunt too much on the outside.  Some of them even let others think that they are not wealthy.  Tell the Balinese people, once the outer appearance is simplified, the gems and pearls inside will shine.  Reduce self-expression through words (especially words that are full with anger), express it in an exemplary form.  Do not get angry at other people’s attacks, that was exemplary language that people would admire.  Even more, if we can tell a beautiful story about the person who have attacked us, people will secretly be amazed.

Inner Sorrow: To make the dialogue not too long, because many people don’t like it when it is too long, what should Balinese people do to be healthy and safe?

Inner Guru: This island has always been saved because of the path of devotional service.  At Pura Luhur Uluwatu, which is neatly maintained, there can be seen Balinese devotion to Ida Danghyang Dwi Jendra.  At Pura Agung Besakih which is also well cared for, there can be seen Balinese devotion to Rsi Markandya.  But at Pura Luhur Silayukti there is a visible quality of devotion that needs to be improved.  The temple is very close surrounded by hotels and karaoke.  Remind the Balinese, the sublime figure who founded the Pakraman village, who built Pura Dalem, Pura Puseh and Pura Bale Agung is Ida Guru, Mpu Kuturan.  He landed and attain perfect enlightenment at Silayukti Temple.  In the temple for merajan the Balinese people can see the symbol of the deer.  It was the holy vehicle of the great Guru Mpu Kuturan when he came to Bali.  You can’t imagine the fate of the island of Bali in the last thousand years without the pekraman village, you don’t imagine the complexity of the island of Bali without Pura Dalem, Pura Puseh and Pura Bale Agung.  It should be noted neatly by the younger generation of Bali, even though he was a Mahayana Buddhist priest, Bali, who was chaotic at that time, was not turned into Buddhist.  But he made a place for everyone to worship according to their respective beliefs.  And such Great insight was born a thousand years ago.  As you often share: “Suffering is like a dry leaf, the sacred teaching is like the sunshine. Deep devotion to the true Guru is a magnifying glass placed between the two.”

Inner Sorrow: Thank you very deeply.  Forgive us for being such fools.

Photo caption: Picture of three corners of the Ashram Avalokiteshvara this morning when this dialogue was held.  The top circle is called Sarva Mandala.

“In the moment of loving, you are a beautiful rose.”