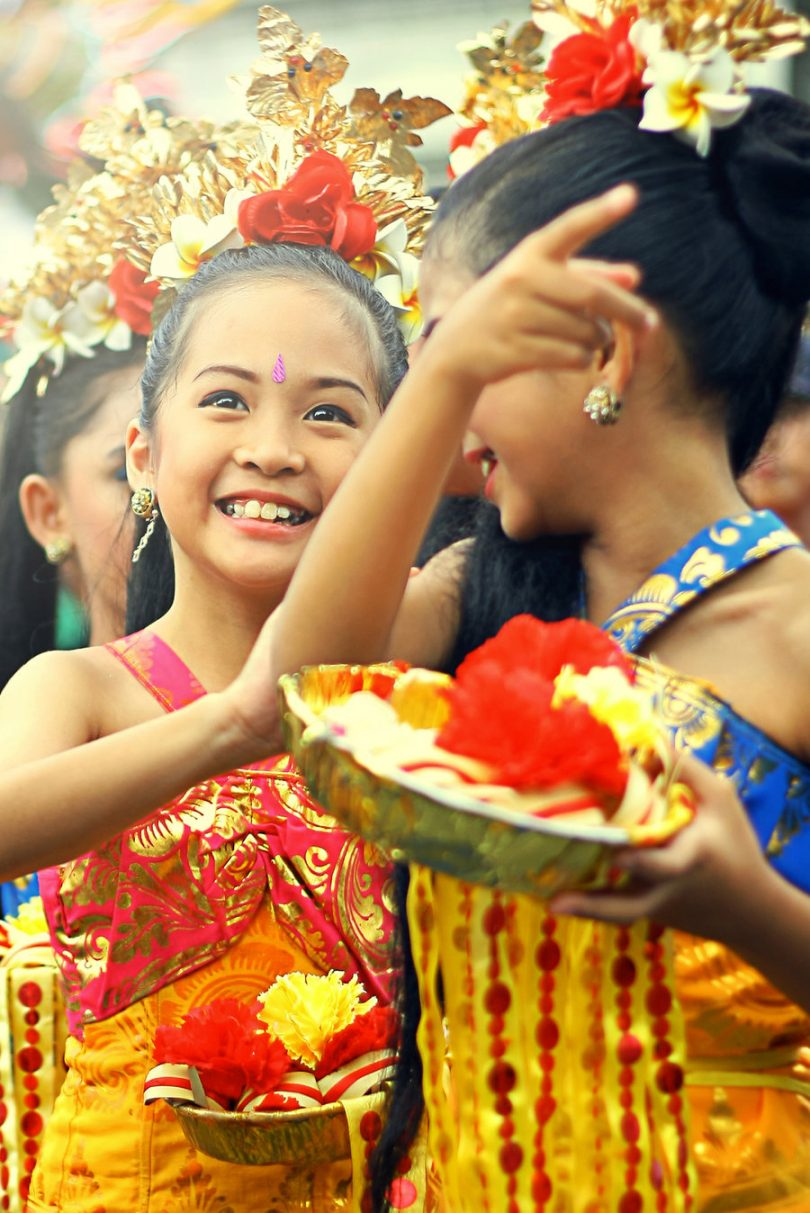 On the island of Okinawa, Japan, a karate master with a high-level of martial arts mastery was once intercepted and challenged by a drunken US soldier. With a gentle smile the last karate master stepped away. One of his student who was next to him asked full of anger: “Why don’t you just kick the drunken soldier out?” Without looking at the student, the karate teacher replied: “The intention of learning self-defense is not intended to hurt people, but to protect people with our smile”.

One day a long-time warrior longs for his village in the remote area of China. However, as soon as he entered the village, he was intercepted by a number of young villagers whose mouths smelled of alcohol. Then in a loud tone the young villagers force the swordsman to pass under their crotch. Without the slightest protest the swordsman crawled under the crotch of these drunken youths.

A few nights later, the village was attacked by a number of robbers. Within a few minutes the swordsman drove the robbers away from the village. Amazed by the bravery of this swordsman, a number of villagers asked: “When entering the village why should you crawl under the crotch of drunken youths?”. With a gentle smile this swordsman replied: “martial arts are not created to harm society, but to protect society”.

In the same spirit, in Bali there was also a beautiful story of smile. As soon as this peaceful island was hurt by a terrorist bomb in 2002, a lot of sad things happened. From the loss of lives of hundreds of people, the disappearance of income because there are no tourists, until the drastic fall in land prices. But after a few years, not only did the island survive, a number of world media agencies even called Bali the best island in the world.

There is no other story behind this except a story of smile. To put it more precisely, violence does bring a lot of grief, but grief is not intended to steal a smile. That is why, it is not the case that the friendship between Pegayaman village in North Bali, whose population are almost entirely Muslim, with surrounding villages whose population are almost all Hindus, declined after the Bali bombing. The quality of the Balinese smile did not change after the bomb blast.

In a deeper meditation language, more than a half of the pain caused is by one’s resistance inside. Not because of the attack of people from the outside. In the story of the karate Master from Japan and swordsman from China as quoted above, they can respond in such a beautiful way, because they are free of inner resistance. In short, they were no longer rejecting imperfections. Rather they put imperfections as part of perfection

It is as simple as a rose with its thorns, lotus with its dirty mud. Both are inseparable. Both represent the same smile of perfection. Without the dirty mud, there would not be such a beautiful lotus flower. Without thorns, roses will lose their perfection. In the same way, without violence, human beings will lose the beauty of peace

That is the reason why in the level of perfection meditation is often referred as an art of saying “yes” to every present moment. Including saying “yes” to any form of discomfort. Spiritual friends whose meditation is deep enough will understand, the more often the discomfort is hugged with a smile, the weaker the grip of the mind. As a result, one will experience less anger but more flowers.

At a deeper level, inside the mind there is a series of repetitive patterns of thoughts. It is the result of thousands of years of human conditioning. The feeling of being a victim then blaming others, one who is in line is called a friend, those who are not in line are put as enemies, these are some examples of thousands of years of human conditioning. If one does not heal themselves through the practice of deep awareness, life will grow from one pain to another pain.

At the peak of the journey, without a deep practice of consciousness, human beings will lose touch with the most beautiful inner angel called the smile. Under the guidance of the smile, life will continuously sing the song of peace. It is similar to what the karate Master of Japan or what the swordsman of China mentioned above. As a conclusion, it is the last angel of smile which makes the island of Bali be called the last paradise.