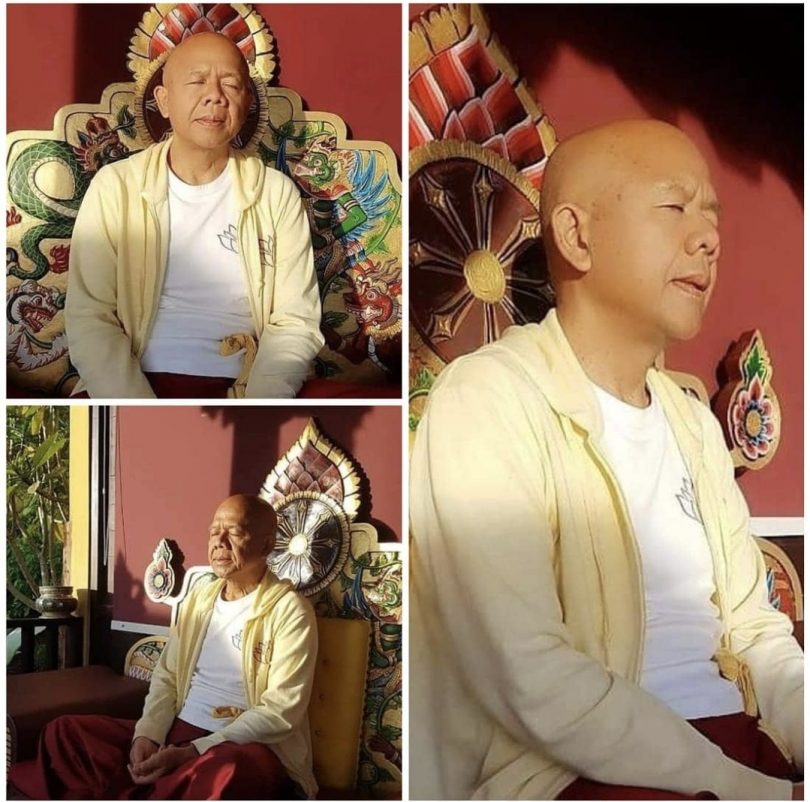 In his early 20s, Guruji heard a voice from inside: “It is such a big loss to be born as a human being but not learn to meditate. Such a big loss”.  So from that starting moment in the 20s Guruji have trained himself in the path of meditation.  Now that he is approaching 60 years of age, it turns out that the inner voice is true.  Not only were Guruji relatively safe, close people were also saved, but millions of people also could be saved.

Guruji’s classmates in elementary school, some people were gone.  Many of Guruji’s friends who grew up in schools and colleges were also not here anymore.  Friends who are growing up with Guruji in Jakarta are also similar.  Upon deeper study, the findings of contemporary science are correct: “The brain is a very determining organ of the body”.  In the West it is called the master organ.

This is a sad and true story, not to be meant to share bad story about other person.  Again it is not!  Almost all of them have very complicated brains.  In the language of neuro-science (brain), almost all of them opened the dangerous doors by the “thinking-feeling loop”.  While alone in particular, the neurological circles in the brain like to bring up bad memories.  Bad memory gives birth to bad thoughts.

Bad thoughts can open the door to the birth of another bad thoughts collided with bad feelings, there the brain releases many harmful toxins inside.  The stress hormones cortisol and adrenaline are one of them.  You can ask the doctor, in ancient times many diseases were caused by eating the wrong food.  Nowadays many diseases are caused by our own way of wrong thoughts.

And the thinking-feeling loop as described above is one of the most dangerous faces of misjudgment.  The good news is that meditation by means of rest in the present moment as it is, can be very convincingly to treat a multitude of misconceptions.  Including treating the thinking-feeling loop.  Here are the gifts of love for close friends on this day of love.

As soon as friends can rest at number 4, the brain often releases growth hormones such as dopamine, serotonin and oxytocin which make the body easily healthy.  Because the brain’s biochemical reactions are the point of contact between body, mind, spirit, one’s achievement at number 4 makes the body, mind, feelings and spirit easily becomes healthy and safe.

It is understandable if the Balinese elders gave the head of the island of Bali (North Bali where Guruji was born and lived) the number 4. In Eastern philosophy it is called Nirvikalpa Samadhi.  Not left, not right, not center.  Above all three.  In ancient India, North India was often called Uttara Kuru (great place of peace and harmony).  Great Place for peace and harmony.

Photo caption: Guruji is meditating this morning at the Ashram.  The photo was taken secretly by Ibu (Guruji’s wife).