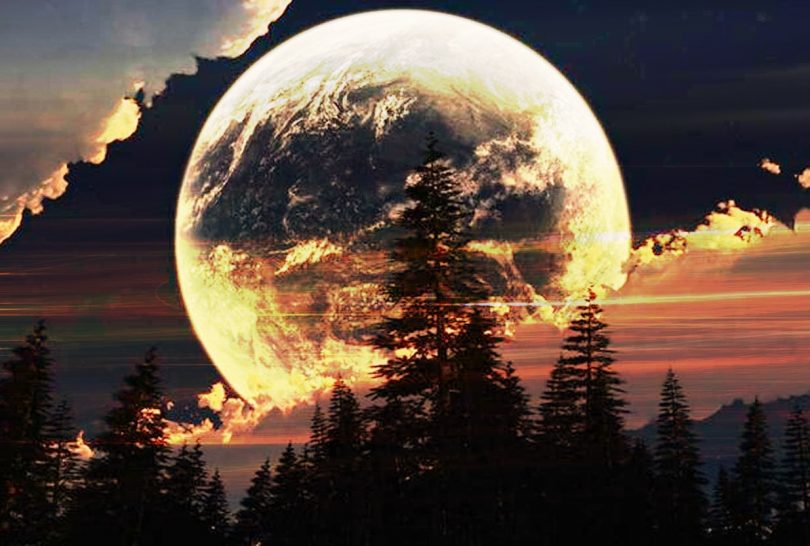 Alienated in his/her own body, that’s the characteristic of the restless souls. Not only in sickness, even when the body is healthy many persons are still restless. Some people cover their restless soul with beautiful cloth, some others hide it in a luxurious car. But the eyes can never lie, the restless soul is still there.

Alienated in his/her own body, that’s the characteristic of the restless souls. Not only in sickness, even when the body is healthy many persons are still restless. Some people cover their restless soul with beautiful cloth, some others hide it in a luxurious car. But the eyes can never lie, the restless soul is still there.

The Shadow of Moon

Sadly, a lot of friends who are restless keep searching light by touching the shadow of moon. As a result, they keep waiting and delaying. Some are waiting for the arrival of God, some others are waiting for heaven and nirvana, some even waiting for doomsday. In the midst of this restless waiting, the past appear to be full of shortcomings, the future never comes. Consequently, the present is very dry and empty.

As noted by many psychologists, the very dry and empty present is the main seed of mental illness. Every friends who spent long time to talk with restless souls who were hospitalised in psychiatric hospitals understand, there is nothing else there except empty and dry eyes. Back to the previous explanation, all are started from over critical thinking.

Steps To the Moon

That is why, on the path of deep spirituality, seekers started the journey with trust and belief, train themselves to be sincere and honest. On the path of meditation in particular, all emotions, thoughts are simply witnessed. As a result, all dualities can be transcended. Consequently, the past is full of lessons, the future is the source of inspiration, and the present is the only present. That’s the reason why in English language today is called the present (gift). Beautiful souls who arrived home understand, there is nothing to wait, nothing to delay, there is only the eternal present.

In a simple analogy, restless soul is like frozen snow. The feeling of being right then make them to be hostile to persons who are considered to be wrong. Their love to environment make them to be the enemy of plastics factory, paper mill, tin mill. Deep practise of awareness then make the snow of critical mind melted. In the language of the Tao, there is goodness in badness, there is badness in goodness. On the surface, duality appears to be contradictory, but in the depths of the deep the two need each others. Destroying one part is destroying the whole. As a result, the mind is so fluid and liquid like water.

At the peak of the journey, the water then evaporates into the air. Some call it as the experience of oneness, some others concluded it as peace (nirvana). In the ancient India, there was a tradition called brahmodya. It was started by long arguing. And all the debates ended without any result. At the top of this ritual people then entered perfect silence. In Tibet, it is condensed into a single mantra : “Om Mani Padme Hum”. The secret is hidden in the lotus flower. Body might be living in the mud of the crowd, but do not let the mud make you dirty, let’s bloom there as a lotus flower.

Any soul who arrived here will be like full moon. It is illuminating but not dazzling. The full moon is perfectly circle. There is flower in the waste, there is waste in the flower. There is light in the darkness, there is darkness in the light. Things keep flowing in a full circle. A realized friend who arrived here ever whispered: “You are all light. Even darkness is an evolving light”. This is beautiful soul. He/she does not have something to wait or delay, he/she rests at this moment as it is. Mainly because all are perfect as they are.