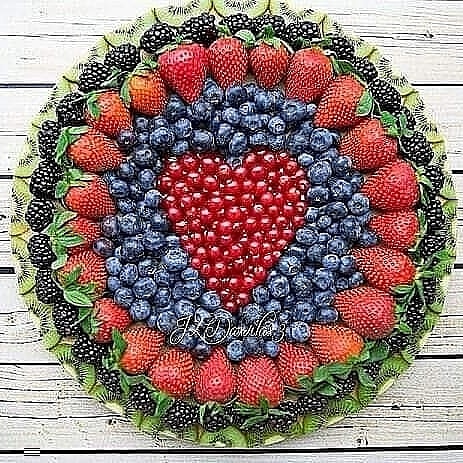 “How do you take care of a family member who has been affected by cancer?” A very touching question from a teenage girl. Similar touching incidents have also been experienced by humans in materially super-rich countries. As has been widely reported, nowadays even children are affected by cancer, along with the fear it brings. Having been researched and explored by various parties, not a few researchers and cancer experts agree, this is a human characteristic in an era of high economic growth: “Over fed under nourish”. Humans eat too much food, but are lacking of nutrition. At the same time, there are many people with cancer who have succeeded in healing themselves through nutrition. Not a few health researchers agree with this conclusion: “The king is nutrition, the queen is good exercise and the crown prince is beautiful sleep”.

To help all friends to become healthy, there are a number of materials that are worth contemplating in this regard. It turns out that nutrition not only includes biological nutrition (the food that one consume), but also psychological nutrition (one’s lifestyle), as well as spiritual nutrition. As a first step to discovering biological nutrition, both nutritionists and geneticists agree, there is no such thing as the best nutrition for everyone. What exists is the best nutrition according to each one’s unique characteristics. As a general guideline, avoid processed food and food stored for a long time. Consume food fresh from nature. A nutrition journal stipulates that, the vitamin C content in potatoes which have been stored in the refrigerator for two weeks decreases by 80%. Juice incubation period is only 45 minutes. As such, you can imagine how much nutrient content of food stored in cans for years.

The next door to biological nutrition is identifying food (and drinks) that should be avoided in relation to the disease one currently has. For example, a person who has been affected by hepatitis B is prohibited from consuming excessive amount of alcohol and cholesterol. If the prohibition in relation to the disease is not violated, the disease will not kill, but it will help the body to grow instead. A professor of genetics from Harvard, which was mentioned by Time magazine as the most influential figure on earth today in matters of extending human lifespan, namely David Sinclair, has suggested to maintain a state of a slightly hungry stomach, as well as intermittent fasting. For example, if you had lunch already, it is not recommended to have dinner. The next door to biological nutrition is that, for those whose body tends to be cold, it is recommended to consume food (and drinks) that warms up the body. At least, drink warm water often. For a person who had an active childhood, it is worth considering to consume more passive foods such as fruits and vegetables.

In essence, what we seek for is balance. Not only balanced food intake, but also balanced lifestyle. If you sit too much, remember to take a walk. For those who live in cold mountains, warm yourself occasionally on a warm beach. In the old home of balance, the body has all the ability to heal itself. The signs that a person’s biological nutrition is right can be seen from various aspects. One of them is the body’s immunity. When you have a small wound on your body, see how fast the healing process is. If it’s relatively fast, it’s a sign that the body’s immunity is good. Another sign is whether or not one has difficulties with defecating. That’s why there are those who call the stomach as the second brain. That is because not only does the brain select food, the stomach also selects food. For another sign, see also the quantity and quality of your sleep every day.

A beautiful book “The Longevity Project” written by Howard S. Friedman Ph.D and Leslie R Martin Ph.D is a convincing reference in finding psychological nutrition. He refers to the long research conducted by Dr. Terman which involves 1,500 US teenagers in 1910 as participants. After decades, the secret of psychological reasons of why people live long was revealed. First, those who live a long life live their life in prudence, meaning that they always live within their means, by adjusting their spending according to their income. Not too reckless in making a debt. Grow moderate financially. Secondly, long-lived people take care of themselves persistently. One small example, they stop eating before they are full. They brush their teeth before going to sleep. They are diligent in doing exercises. They take a good care of themselves so that they are far from stress. And these are consistently done throughout their lives.

What is rather unique is the third psychological nutrition: many persons who were very cheerful during their adolescence have died at a young age. After being explored, the main reason behind this is because they tried to cling on to their happiness and the fun they had during their younger years, and thus, this type of people consumed a lot of food (and drinks) that are not good for health. Among others are alcohol and drugs. The secret is revealed therefrom: to be healthy and to have a long life, it is recommended that one takes the path of happiness which is in harmony with one’s health. The fourth psychological nutrition is that, healthy and long-lived people associates themselves only with a limited number of friends who are supportive of each other.

Especially for empaths (sensitive souls rich in feelings), it is advisable to stay away from environments that contain too much energy vampire (people who easily makes you tired and anxious). The other psychological nutrition is that, it is recommended to engage in meaningful activities until old age. The Japanese call it ikigai (waking up in the morning and find many meaningful things that can be done that day). The sign that a person’s psychological nutrition is relatively healthy is that she finds it easy to be happy. From singing when she is alone, rarely complaining, happy to share smiles, to always being very grateful.

Friends who have been learning meditation for decades understand that a mind full of criticism and conflict is the biggest source of energy leakage. Once the energy inside is very lacking, there various diseases will visit. That is why, at a more mature level, meditation suggests that friends “take a rest” in the present as it is. To be precise, take a rest from all forms of inner conflict and criticism. Arm yourself with a deep conviction that what the mind calls as right and wrong, or bad and good, are all the same dance of perfection. Mosquitoes are eaten by frogs, frogs are eaten by snakes, snakes are eaten by eagles. Eagles will eventually be eaten by mosquitoes. That’s how everything circles perfectly in this realm.

In the language of the elders on the roof of the earth, Tibet, “Summer does not reduce the amount of water in nature, rainy season does not add the amount of water in nature”. Likewise with praise, failure, success, sadness and pleasure. Everything revolves in the same circle of perfection. The step in meditation is, once the mind leaps back and forth, gently and softly without the slightest guilt, bring the mind to the gap between two breaths. At the end of each inbreath and outbreath there is a gap. Feel this gap without negative-positive. It suffices to just feel it. This gap represents the dance of perfection. Simultaneously, it is in this gap that the mind can rest perfectly as it is. Borrowing the legacy of the famous musician Mozart: “The most beautiful music is the gap between two notes”.

Friends who often take a rest in the gap between these two breaths understand through experience that not a single negative thought or negative emotion can spread a disease to our mind and body. Even the darkest of dark forces cannot touch us. It is as simple as the darkness of the room that is gone because the lights are turned on. Similar to negative-positive synthesis which gives birth to electric light, one who often feel the gap between two breaths is also doing negative-positive synthesis inside. Which also gives birth to the beautiful Light of understanding within. And among all understanding of healing, nuclear physicist David Bohm in “The Health and the Imposition Order” once wrote about the deepest understanding of health. The word health, according to Bohm, comes from the word whole. In spiritual language, perfect healing only occurs when one lives in the old home of wholeness. Pain and health are part of the same dance of perfection. As a sign that a person’s spiritual nutrition is affluent, she finds it easy to be at peace. In the language of energy researchers, peace makes one vibrates at the highest level. Borrowing an old poem: “Life is like living in a hotel. Every day the guests come and go. But whoever the guest is, don’t forget to share a smile”.