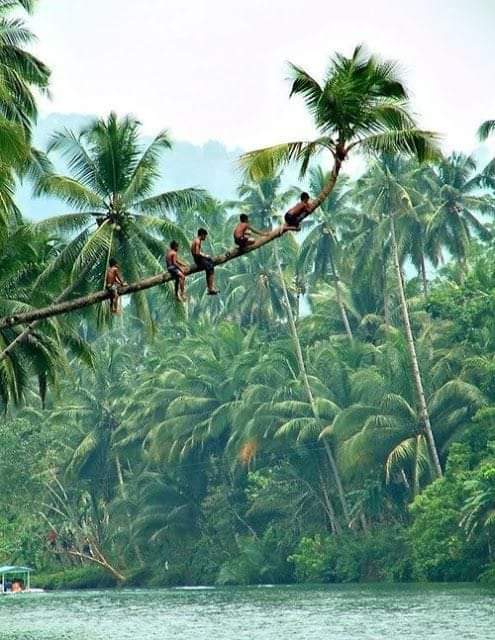 “Learning from one”, is the dominant feature of traditional society in the past. What was ordered by the leaders of that era, without much thought, most people would follow. There was little protest and debate there. What about the opposition party? They were barely heard. Again in this era. The leader directing to the right, but the people then go to the left. In Japan long ago, the world of politics and the business world were not connected. In Switzerland people often hold referendums for important decisions. In other words, they don’t believe in leaders. Even worse in Russia, parents have long educated children with beliefs: “Do not believe anyone except believe in yourself”.

The worst is the current time when the United States has the leadership of Donald Trump. The aspirations of the leaders and the aspirations of the people add to the day’s increasingly opposite views and this trend occurs in almost all the world. Few qualified people are interested in entering politics. While the political world continues to be more absorbed in their own world. If traced deeper, one of the important factors that makes leaders not connected with society is to apply old medicine in the new age. In an age when the average education was still low, people couldn’t move because they were in fear. This fear also causes traditional communities that like to establish prisons. Recruit many people to become police and soldiers.

Referring to the latest findings from behavioral neuro-scientist Tali Sharot from Harvard University – as presented on TED’s youtube – the present society if threatened with fear, its behavior has not changed much. The most striking example is the smoking ban on billboards and cigarette packs. The sound of the warning sign is very frightening: “Smoking kills you”. Even though the warning is so scary, yet the cigarette usage continues to grow from year to year. Still referring to Tali Sharot’s findings, in a country as advanced as the United States, only one in ten health workers in hospitals wash their hands following the government safety standards.

Announcements about the prohibition of drug use in many countries are even more threatening. At various airports a notice board was installed like this: “Interstate drug carriers are threatened with a death sentences”. In other parts of the airport a number of countries, drug carriers are even threatened with being shot on the spot. As seen from year to year, the quantity and quality of drug users continues to increase. In a village in Bali, the village leader had increased the cost of divorce fines by up to 10 times. With the intention that the divorce rate can be reduced. As a result, the divorce rate did not decrease, instead it continued to rise.

Tali Sharot’s conclusion after examining many of these simple phenomena: “Contemporary society is easier to be invited to change based on positive persuasion rather than negative threat”. And the experience of the Compassion spiritual family has guided people in social media for decades in line with this final conclusion. Every time there is a message that smells a little bit negative, then immediately there is resistance from many people. But once the message is completely positive, the more they feel benefited by the message and the negative response is almost non-existent. Conversely, many people want to be invited to change beautifully.

Important lessons for the leaders, entrepreneurs, and future leaders, it’s time to leave the old time medicine that taught intimidation as path to change the community. It is time to try a new medicine. Especially because new time calls for new changes, and natural biorhythms also change. The most important reference in this case is simple: “People are more likely to be invited to change through positive persuasion than negative threats”. In the world of psychology in the last ten years, many friends gave a bright message like this: “Our time is the era of positive psychology”.

In Compassion’s spiritual family, we have gathered for years serving one another. Never collected money from participants in meditation. Because the participants’ donations were donated to the manager where we borrowed the place, or used to pay for the hotel where we took shelter. There is no special position. There is no money for volunteering friends. But many friends who feel safe and comfortable grow here. One hotelier even innocently murmured: “With the Compassion family we got nothing in terms of material, but we all felt comfortable and safe. A cool environment that is not found elsewhere “.

After many years, it was clear that friends were almost never scolded. Even if there are people who endanger themselves and endanger others, there are very few. Even so they were politely asked to stay away in a very subtle and very respectful manner. This first-hand experience is justifying Tali Sharot’s conclusion: “People are more easily invited to change based on positive persuasion than negative threats”. It is an invitation for leaders, let’s learn to communicate to the public based more on positive persuasion rather than using negative threats.

Just as an example, it is worth pondering for tax officials to communicate like this: “Nine out of ten happy people turn out to pay taxes”. Friends in the health department who are in charge of reducing the number of smokers, try to learn to communicate like this: “People who have beautiful old age are all not smoking at a young age”. Deeper than just a communication style, people need more actual examples. If you want the public to pay taxes, rest assured that the state money is not corrupted. If you want people not to smoke, rest assured that public leaders do not cause too much stress in public spaces that can trigger many people to run to cigarettes.

Without this type of courage, many leaders will be left behind by their people. Even more tragic is that the Swiss experience happens here. The community chooses to lead itself through a referendum. In the midst of negative information such as lying to each other and threatening each other, a referendum will only extend the long list of violence that has been long. It is at this point that leadership wisdom is needed: “A leader is not born to govern. A leader is born to beautify “. The means is no longer threatening lips, but a sincere ear to listen.