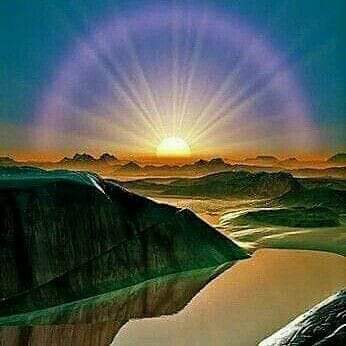 A researcher from Harvard University named Robert Waldinger had shared a beautiful story in his YouTube site TED, it turns out that the most desirable thing by the majority of young people in this age are only two things: “they want to have an instant rich and famous life”. This is understandable of course. Material wealth can make life easier and more beautiful. Fame can also help humans to grow while also helping others to grow. And in the midst of such a strong money magnet, few realize with a clean and clear mind, that money can be both source of danger and also be a source of light. Depends on how smart someone’s inner spirituality.

In a half-joking tone, lapendos (a funny slang word for sinful men) often tell stories like this: “When they are poor, some men are forced to be loyal to their wife. Understandably because when they are poor, they dont have money to cheat on their spouse. They even don’t have much money to pay for their motorbikes installment. But when they have much money, the story will be very different. When they see other’s children, they will remember their own children at home. But when they see someone else’s wife, they instantly forget their own wife “. This is ofcourse only a joke. But it becomes a portrait of money that makes dangerous life instead of glowing. Limited money makes some people unpeculiar. Once they have abundant amount of money, many strange things will come to the surface.

This story presents an invitation for all friends that without spiritual intelligence in particular, the intended money can make our life glowing instead of being dangerous. As a first step, it is very important to be aware deeply, there is bad energy and good energy around money. The bad influence of money will be greater, if after having money someone will become arrogant and boastful. Even more can become ignorant and thought that his/her wealth will be available forever. Even though as experienced by many people, human ability to make money is similar to the ability of trees producing fruit.

In time, all rich man will decrease his economic performance. Without sufficient mental and spiritual preparation, this turning point is often the main cause of danger. The next material of reflection, abundant money often invites a lot of falsehood. From fake friends, to fake spiritual messages. This falsehood then leads someone to grow from one falsehood to another. Usually new awareness arises after life is already in a dangerous deep valley.

For healthy and safe life, think about it from early life so that money turns into the seeds of light, not the seeds of danger. The best choice that is highly recommended, use abundant money to send your children to the best schools in the world. Guide the children to use money to gather knowledge, while at the same time having broad insight into life in other people’s countries. This will teach them not to become a narrow minded and fanatical person. Instead, they will grows into beautiful souls. If diligent and sincere, not only do the children survive, the old age of parents is also will be healthy and safe.

The second choice that is suggested, use the abundant of money to relieve some of the burden of suffering in this world. From funding children who cannot afford school, caring for parents who are not cared for by their own children, to establishing schools and hospitals for people who cannot afford it. One of the world’s richest people named Bill Gates had relatively safe life because he devoted a large portion of his money to alleviating some of the suffering in this world. Not only did his life survive, his family was also relatively safe.

The third option, whenever money abounds brings abundant life trials and temptations, there we need to prepare an important step to return to an old house of the soul called balance. Abundant shocks can be in the form of children who exposed to drugs, life partners who threaten to divorce, until the house is on fire. If that happens, have spiritual courage to slow down the material growth, while in the same time learn to accelerate the spiritual growth. Sadly, this kind of spiritual courage does not have by many people. That is why, some life slides into a very deep valley of suffering.

Very few people in this age that have the courage to dare saying enough to money, then grow in the path of love and compassion. This lack of guts makes abundant money exporting problems to children, grandchildren and even subsequent offspring. Because of ethical factors in particular, sad stories like this are not worth disclosing to the surface. Although there are a lot of infotainment media specifically that lift it to the surface. In short, any animal will stop looking for food once its stomach is full. But humans who are abundant in money, rarely know when is enough, enough.

That is why, as has been shared many times to all especially close friends, spiritual heroes are those who dare to say enough to money. To then take a new path in the path of love. Mahatma Gandhi once took this path. After successfully becoming a rich lawyer in South Africa, he returned to India. Not only wearing simple clothes, but using simplicity as the power to save his people at that time. It has been neatly noted by history, the strongest army in the world could be expelled from India. Not by using weapons, but by using the power of love. This is a concrete example of processing money into light.

Money can raises one’s confidence at the beginning. Once this confidence grows, money is returned to its initial position as a servant. Not as a master. When someone succeeds in becoming the master of money, then money will evolves into the seeds of light. There was an old poetry saying. “Hi money, whose house do you like to visit the most? With a smile, the money answered: “the house of a greedy person because there I became a master”. When asked which house he was most respectful of, money replied: “The house of a glowing soul, because there I only became a servant” . The invitation to all friends, learn from the start to make money become respectful to you. From there will come the awareness that money can be a seed of light.

Borrowing the conclusions of researchers from Harvard University named Robert Waldinger as quoted at the beginning of this paper, in the end what makes humans healthy and happy until old age is the quality of healthy relationships with their close people. In other words, the amount of money may go up and down, but never sacrifice the quality of relationships with our close relatives. In this day and age, these people who have the potential to be invited in the long run are children, wives and husbands. At the same time this is the most important step to process money into the seeds of light.

“Sadness is important chapter that no one want to read.”