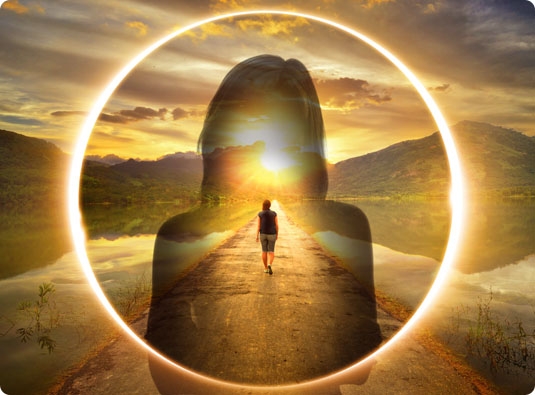 “Sabotaged by soul wounds”, that is the dominant characteristic of restless and anxious souls. The growth of the soul is blocked because someone is imprisoned by his/her soul wound. Having been cheated out of large amounts of money, a friend then was very traumatized by the world of commerce. He chooses to live very simply, meanwhile his children grow and require greater living costs. In another case, because of sexual abuse in childhood, a woman decides not to marry and looks at all men with the eye of suspicion. Because his mother died when he was a child, a man looked for a mother in many women. As soon as he saw a woman with maternal looks, he then easily fell in love.

Those are some examples of humans whose lives are sabotaged by soul wounds. Almost all the seeds of growth inside die and wither. There is another friend who had a lot of misfortune in his life who told me about his problems. From the difficulty of finding sustenance, being snared in debt, the family is on fire until often tempting to commit suicide. These are some of the dangerous signs of lives that are sabotaged by soul wounds. In meditation sessions it is often seen, some friends even have their lives threatened by various dangerous diseases. A few friends even failed to be saved. Especially because for some his soul wounds has strongly grasped him. At this point, we need spiritual courage. That is the courage to be a savior for our ownself. When we can save ourself, then there is the possibility of being able to save other people.

A surfboard called a smile

Borrowing the findings in Sigmund Freud on classic psychology or cognitive psychology, a feeling of depression that fails to be expressed will be thrown into the trash can of the subconscious, if it is not healed it will be a shadow that follows wherever that person goes. This shadow can arise in the form of thoughts and feelings that are not safe and uncomfortable. Which is very dangerous, if the shadow follows a person at a time of death. This negative energy can enable a person to possibly be born in the underworld like hell, demons and animals afterlife. This situation leaves no other choice, except let’s immediately learn to heal ourselves. Psychologist Carl Jung often calls this path as a dance with shadows. In essence, the shadow should not be feared, do not be invited to fight, do not be given the title of sin and hell, do not allow him to determine the direction of your life. Instead, invite him to a dance. Dance beautifully as if you are at a party with your loved ones.

As a strong and solid guide in this matter, learning to see yourself and your life more holistically and intact. The most universal symbol in this case is the Yin-Yang circle from China. There is always a dark and bright side in life. In a bright room there is a dark spot, in a dark room there is a point of light. Both are not fighting, but dynamic moves which complement each other. In Bali the elders gave the name of the human soul “Dewa ya Kala ya”. This means there is dark and light inside. The advice of the Balinese elders is very clear: “Rwa bhinedane tampi”. Duality like true-false, sorrowful-pleased, sad-happy, is a pair of hands from the same body of soul. Learning to accept it like a pond receives dirty mud and beautiful lotus flowers. In meditation sessions, this approach is highly emphasized. Especially because it will be a solid foundation so someone can dance with his/her soul wound later.

In practical steps, train your mind to be supple and flexible like water. Waste on this day will be a beautiful flower on another day. Sadness at one time will make happiness become very deep at other times. People who curse us in one place can probably praise us in other places. Where someone takes a lot of happiness, there he will pay for it with sadness too. Like the ocean, there is always a wave inside. Even the Buddha’s expression changed slightly when attacked by people. What is done by people with deep souls is simply surfing on the waves. And the most convincing surfboard is a smile. More precisely, smile at every blessing of this moment. Whether the mind calls it wrong or right, lets embrace it all with a smile.

In daily life it is often seen that when we try to heal with meditation alone it is far from enough. People also need psychological steps. One of the characteristics of a person that has been strongly sabotage by the soul wound, there is a strong energy that calls themselves as victims. This energy often borrows a variety of faces – from people who have hurt us, to people who had scorned us in the past, which creates an inner quarrel. The quarrel is not far from a topic like: “I am right, others are wrong, I am kind, others are evil, I am injured and people who hurt me are being insensitive”. Like a burning fire, if it is served continuously with an inner conversation like this, especially when it is also disclosed to others, this dangerous energy will increase. It is possible that one day it will burn.

In order for this energy of victim to be weakened, every time it appears inside, view it as our inner Yin-Yang circle. The dark side which are filled with complaints and the bright side which are filled with laughter, both are parts of the same self. It will always naturally rotate as simple as a night rotating alternately with daylight. For those who are still heavily sabotaged by the soul wounds, a pile of negative energy inside like attacking, criticizing, blaming, complaining, requires a lot of positive energy as a counterweight. Because of that, whenever you have free time make a long list of beautiful things that you have done. From being a class leader when you are at school, or winning a kite competition as a child, until winning any type of sport championship. Also make a long list of good people who care deeply about your life.

Put these two long lists in the place where you often grow. Either next to the bed, near the work desk, show on the front screen of the computer, stored in a gadget, or paste near the toilet for those who often sit for long in the bathroom. The more often you read it the better. Previously this suggestion only appeared in stress management, now cancer researchers also suggesting this. That is to spend more time in the open. Friends who spent decades in the garden understood that there is an extraordinary healing energy and many spiritual secrets are hidden there. Especially, if you are in the open space accompanied by happy feelings and deep gratitude. The healing power is even greater and more spiritual secrets will be open to you.

In a deep spiritual spectacle, a person who is sabotaged by a soul wound has a very dark barrier cloud in his/her fourth chakra, namely the solar plexus. As a characteristic, he/she are always having difficulty in love. At the same time the energy of hate and envy dominates very strongly inside. If that happens, immediately learn to love yourself as you are. As a reinforcing material, humans who have never done wrong do not exist. Even holy souls need errors in the beginning as space for growth. For that, learn to be more forgiving to yourself. For sensitive friends who grow up in an environment that causes a lot of pain, try to communicate with the surrounding people with the “I message” approach instead of “You message”. Concretely, when injured, take a deeper breath, find a more open environment that is friendlier, be calm inside and send a message to a person who is hurting like this: “I am very hurt, please help me heal this wound”. This communication approach heals both parties.

Whenever dark energy and bright energy inside are balanced, then one can dance with a soul wound. The sign is when bad memories from the past appear, the trauma energy received by people appears, someone can hug him as simple as a very loving grandmother embraces her crying grandson. The grandmother is very happy and her grandson who was hugged was also very happy. Anyone who can get to this stage, not only his actions and words, but even his eyes are soothing. In the meditation sessions it is often seen that some friends cried emotionally, just because they were seen with eyes full of acceptance. In the West, there are some who call this type of human as the bringers of the dawn. The light bearer of dawn. He is born to illuminate so much darkness.

“whatever the waves of life
Then beautifully land at the coast of peace.”