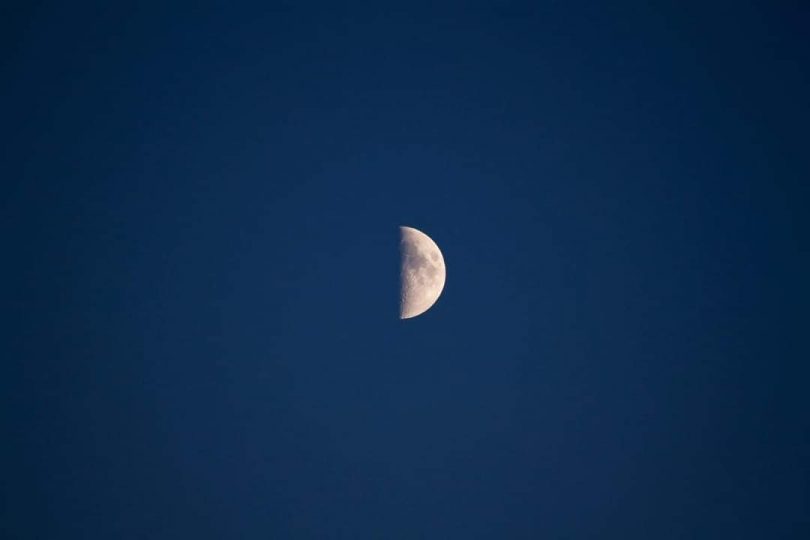 Many people had hoped that 2021 would be the year where this long crisis of a global pandemic ended.  But the discovery of a new variant of the virus that causes this long crisis in a number of countries shows that the world is entering a new chapter of darkness.  No one could predict when this darkness would pass.  The United States as the world’s teacher said that in early January 2021, the world does not seem to be getting brighter. Imagine, the white house that has been sacred to the world for thousands of years was forcibly entered by angry demonstrators.  This fact has shows that not only the order in the US will change, it seems that the world order will also change.  Friends who study astrobiology have taught us that 70% of the energy in nature is actually dark energy.  So it can be predicted, what will happen if mankind put too much power to be against the dark forces. The suggestion then is simple, the most beautiful path to keep us away from the dangerous effects of darkness outside is to lighten up the darkness inside.

The king whom injured his leg

There is an old story that still shares meaning.  One day a king got his leg injured by a thorn.  Then he angrily ordered his minister to cover all roads with animal skins.  After waiting for the king to calm down, the minister whispered to the king’s ear: “Why don’t your highness feet be wrapped in sandals or shoes instead?”  This is an old story, but many people today behave like the king above.  As soon as there is a problem, they want to shut everyone’s mouth, want to close everyone’s mind, want to close everyone’s feelings.  Not only is that impossible, but dangerous too.  The wisest step that should be taken is to cover your thoughts and feelings in using mindfulness “shoes”.  And once the mind and feeling are wrapped with the shoe of mindfulness, there are fewer external thorns will hurt, less pain will be inflicting by the external environment.

In the same way, the world at the beginning of 2021 is indeed full of thorns.  From a long pandemic crisis that has yet to show signs of ending, to violent conflict raging everywhere.  It is impossible to close the minds of billions of people who are considered different, much healthier and wiser if we learn to cover our own thoughts and feelings by using “shoes” of understanding as well as with full awareness.  For this reason, the most important thesis in this paper is simple but deep: “The most beautiful way to reduce the ill effects of darkness outside is to understand the darkness inside.  Then enlighten it with full understanding and awareness.  Sun Tzu was right when he advised: “He who knows himself will recognize his enemy.  He who knows himself and his enemies will always win in every battle ”.  That is why friends are invited to identify themselves on the inside.  Not for attacking other people.  At least to reduce the bad effects of darkness outside.  It would be great if you could make the world a brighter place.

The point of encounter between body, mind and spirit

The human body is the most complex machine in this samsaric realm.  Especially because there is a complicated interaction between the body, mind and spirit.  Not only invisible things like thoughts, feelings and spirits hides many mysteries, even the visible body also has lots of mystery for us to uncover.  Nevertheless, someone must dare to simplify it so that we can act thoroughly.  To equip friends to be able to heal themselves, hopefully they can help healing the surrounding environment, it is worth considering to be aware of the point of encounter between body, mind (feeling) and spirit.  This is a mysterious topic that has been studied by humans for thousands of years.  And not yet fully open.  As a provision for stepping in this super complicated age, it is worth contemplating slowly and deeply, the point of encounter between the 3 important components of this healing is the biochemical reaction of the brain.

Refreshing the memory of friends, when someone talks (experiences) something, it is captured by the brain.  The brain then produces a biochemical reaction.  If the topics include negative things like fear and panic, the brain will releases a number of hormones that are unhealthy to the body such as cortisol and adrenaline.  When the conversation topics are things that are happy and full of joy, the brain will releases hormones that are healthy and supportive to our healing and growth.  From oxytocyn, dophamin, to serotonin.  Armed with this type of understanding, it is worth depositing to be careful and alert with all our daily words, thoughts and actions.  In succinct, dense yet deep language, the unconsciousness causes man to give birth to disease for his own body.  Mindfulness, equipped with holistic understanding, enables the body to produce medicine to cure itself.  It is in the light of such understanding that this writing is made for all friends.

Illuminating the darkness inside

In conclusion, from some aspects the world is still dark at the beginning of 2021.  But don’t forget, you can use the darkness outside to give birth to the Light inside.  At least it can minimize the negative impact of darkness outside, by recognizing the darkness inside, and lighting up the darkness inside.  As a direct result, you will experience less energy leak.  With sufficient energy inside, the body through the immune system has all the capabilities to maintain and heal itself.  Another explanation, disease vibrates at the level below 100, while love vibrates at the level of 550. And the above steps are steps of self-love.  Self-care which is the root of all loving kindness.  If practiced diligently and sincerely, the steps above can even bring friends to a level of peace.  The level of vibration that is even higher at 1,000.  Far above the vibrations of viruses and diseases. Hopefully this article is useful for all friends.  May all sentient beings be happy.

***) This is a summary of the topics that Guruji will share on social media live on January 19th and 20th, 2021 through the Compassion family social media network.

Photo by Nastya Kvokka on Unsplash