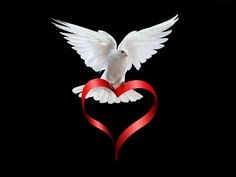 While in developing countries mostly people suffer from shortages, in rich countries humans suffer from excessiveness. From excess sugar, excess food, to excess sedative. Symptoms like this raise the question, when can the human soul be fully rich and then be able to share the Light? This is an old question that has not been found until now. Nevertheless, it never hurts to discuss it again. At least to inspire the public about the limitations of wealth outside, while inviting friends to balance the wealth outside with wealth inside.

One small country in the Himalayan region, Bhutan, since 1972 has changed the size of the country’s achievements from wealth to happiness. This is followed by a number of world institutions that measure the happiness index of countries in the world. Every friend who were grown up in a materially rich environment understands, in the midst of abundant money, beautiful homes, and abundant praise from others, there are so many anxious and restless souls. If the super-rich country in the West is used as a learning material, there we can see, not a few rich people who end their lives in a very touching way.

Here is born the generation of humans who are hungry for inner quest. Some of them are looking for happiness. Some are looking for peace. But on this path there are no simple road instructions. There is no teacher that is completely clear. Especially because every humans inner forest is different. Consider the following two questions. Do humans need to join the crowd to get recognition? Without doubt many people will answer yes. Does someone need to grow into a unique and authentic self. This will also be answered yes without the slightest doubt. Both of these answers give birth to a spiritual clash inside. This is where there is a lot of anxiety. On the one hand most people want to be accepted by the crowd. But at the other hand, crowds give birth to alienation (read: someone becomes a stranger in his own body).

The danger of the crowds, both praise and invective of people will make someone trapped in a “fake self-encyclopedia”. The person’s praise increases ego. The abuse from other people makes a person grow in sadness. And both ego and sadness, both are not the true self that is being sought. Imagine an honorable family that is eating together at a large table. For old people, this is pride. But for some of the present generation, this is a very painful torture. Especially because everyone is forced to grow in the same box. He is like a rabbit who is forced to eat corn, like pigeons who are forced to eat grass. The tip is predictable, wealth outside makes someone feel very poor inside.

From here comes the need to get out of the fake encyclopedia about yourself. Where a person starts to get enough space with praise and invective from other people. At the same time learn to be friendly with the wholeness within. Concretely, whatever the movements of thoughts and feelings inside – from right – wrong to the sorrow-joy – all are given the same distance. Suppose, poor souls are swept away in the midst of a flood of life. The practice of mindfulness makes one swim to the edge. All duality is given the same distance. Until one day the person concerned could become a witness on the edge of the river. On the path of meditation, a witness who does not choose is called selfless. This does not mean that one does not have body and mind, once again it is not. But he/she began to come out from a fake self-encyclopedia.

Rich because of being well off

The sign is simple, someone is not easy to attack back whenever he/she were being attacked. We no longer feel more when bathed in praise. Everything just flow. Today’s beautiful flowers will become waste on other days. Praise on this day will turn out to be a curse on another day. That’s just the law. Learn to flow with the laws of nature, that’s the beginning of abundant wealth inside. A person becomes rich not because he fulfills all desires. Rather he becomes rich because he can take a healthy distance with all excessive desires. This is an inner cool shower. As well as a source of wealth that never runs out. All experiences resemble shadows in the mirror that come and go. The real self is like a clean and clear mirror.

In the West there are people who wrote: “When you are selfless, you meet your best self”. When you get out of a fake self encyclopedia, you meet the best part of yourself. An important sign of people who suffer from being jailed in a fake self-encyclopedia is simple, always calling themselves right and calling others wrong. Placing themselves as victims of mental injuries, calling people hurt with heretical titles. When speaking, the entire contents of the conversation only want to be heard, do not want to listen. Often calling life unfair, because others get far more. Often burning with the conclusion that good people experience bad things, bad people meet good things.

Whereas inner searchers who have come out of fake self encyclopedias have a sense of adequacy inside. Having seen with your own eyes, you have experienced it yourself, that the wealth outside just brings a very burning heat. Then balance yourself with an inner cool shower called the feeling of well off. The process of growing up, lucky people like this evolve from restless mind to resilient mind (flexible mind that is open and flexible). When discovering the truth, this type of human leaves some space in the mind for other people’s righteousness. As a result, he recovered from anger and his soul began to grow very beautiful.

Another explanation, this lucky soul grew from surviving to thriving. Surviving groups (humans who just live) live life flat and monotonous. Get up early, go to work, go home again in the afternoon without growing older from year to year. Suddenly, the soul was anxious, nervous, then angry. The thriving group (as psychologists call it for humans who are successful inside and out) lives a rich and meaningful life. For this type of soul, self-stories that are often told to ordinary people are a series of deadly traps. He made someone grow small and stunted in a fake self-encyclopedia.

This thriving group came out of this little house, then found happiness in the crowd not because they were bathed in praise. But happy in the crowd because they can serve others. Exactly, by serving other can make someone feel rich. It turns out that the struggle for life since childhood can alleviate the suffering of many people, while at the same time making the soul feel very fulfilled. A spiritual teacher who has long joined the thriving group once advised: “Why should you be tired of pursuing wealth outside, if the whole universe is yours”. This is a rich man forever. He has a wealth that no one can steal.

“The increase number of suicide, divorce and violence is not a sign of threatening disaster but an invitation of nature to share beautiful light. “