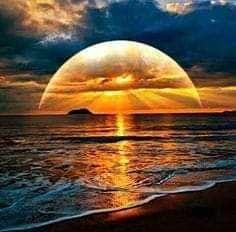 The emergence of widespread news in the US, regarding essential oils being able to cure many diseases, including cancer are reopening old expectations that the actual human problems are a matter of failure to connect. Essential oils that contain the essence of a number of plants help humans to reconnect with nature. This can happen because plants contain a unique blend of energy from the sky (rain, sunlight, air) and combine with the energy from earth like soil complete with all the fertility variations. When this unique and rich combination touches the body, there is a chance that healing can occur.

This type of medicine heals especially in the lap of time when humans are not very connected with the surrounding environment. At home, we sleep using air conditioning, on the road we are also being cooled by air conditioning and again in the office humans wrap themselves in a closed room with air conditioning. So that for decades humans have grown far apart from the universe. We are similar to a small child who never met our biological mother. No matter how healthy our everyday life is, there will always be something that feels less inside. Similar to dolphins who are kept in a pool, no matter how sophisticated the treatment is, there will always be something uncomplete. As beautiful as a bird in a cage, there is still something missing.

If traced back, the beginning of the problem begins with human ego to put oneself apart from nature. Nature was given negative labels such as dirty and humans call themselves clean. This then grows increasingly severe by human habits to place themselves higher than nature. Borrowing the opinion of Prof. Yuval Noah Harari, humans have evolved from unimportant creatures on earth, becoming “God” who controls the earth. All things on earth, from the sea, beaches, rocks, animals, plants are forced to serve human passions. Many blessings of course. But the disaster is also abundant. From the potential of population explosions to unexplained types of diseases. From terrorist bombs to the fast increment of economic growth that cannot be slowed down.

Rather than blaming the government or looking for anybody’s fault, let us reopen the old records that allow life to grow beautifully. Nuclear physicist David Bohm has long written in Health and The Implicate Order, that the word health comes from the whole word. The message, if you want to grow healthy remember always to grow fully not partially (read: see yourself as a separate entity). Instead, learn to see yourself as a whole with the natural surroundings. In stress research, it has long been published that spending more time in the open air causes stress hormones in the brain to decrease, as well as immunity to significantly improve. Of course, this shall happen only if you spend time in the open air accompanied by a sense of gratefulness and deep gratitude.

Deeper than that, a group of searchers from the US who published the results of extensive interviews with many cancer experts worldwide, and have been given a summary of their findings on YouTube with the title “The truth about cancer: A global quest”, there were also similar conclusions. Growing in the open air helps the cancer healing process. A woman who was at a fairly old age, and recovered from cancer which had attacked her in her twenties, and later became widely known as the juice lady, healed herself from cancer by concocting a collection of fruit made into juice. The thesis is simple, we live in an environment that contains lots of toxins. For that, humans need a lot of self-cleaning (detoxification). One of the fruits that is often mentioned in this case is lemon juice mixed with warm water, that is taken every morning.

Queen Elizabeth in England is often referred to as an old and healthy figure. While the average life expectancy of British people is around 80 years, Queen Elizabeth in 2018 is reported to have been 92 years old with a body that is still healthy and beautiful. A number of courtiers revealed that Queen Elizabeth only ate local fruits. Even then if the season is over. If it’s no longer strawberry season, she doesn’t eat strawberries. The lesson is that local fruit contains energy that matches the energy in which that particular person grows. The concoction between sky energy and earth energy of local fruits, is very close to the energy needed by humans to grow healthy and safe.

Moreover, if someone plants their own fruits and vegetables. Not only does it ensure we get suitable plant nutrients, but it also makes us deeply in touch with nature. Celestine’s 2800 year old manuscript found in rural Peru, blatantly states that fruits and vegetables that are cared for with love will energize and multiply many times better than fruits and vegetables purchased at market. For friends who combine spirituality on the one hand, with love of nature on the other, one day will understand through achievement, not through debate, what social anthropologist Gregory Bateson calls “The pattern that connects”.

There are a series of patterns that connect everything in nature. The sea, beaches, rocks, plants, animals, humans, clouds, rain, stars, moon, sun and other creatures are all connected in a spider web of life. In the world of quantum physics it has long been written: “Broken butterfly wings in Okinawa will affect the weather in Australia”. The clear message is learned to take care of the natural world subtly. As good as caring for your own body. One day, if we found a wounded creature, learn to heal them just like the right hand that is healing the left hand whenever it gets injured. No need to argue it with a basket of words, all are enough to be done in solitude of silence.

Borrowing the most beautiful story in the Upanishad about a character named Svetaketu, he who is diligent and sincere in caring for the whole world like caring for his own body, one day will find knowledge that cannot be taught. Physicist Fritjof Capra, the legendary author of The Tao of Physics, called it “the hidden connections”. There is an invisible connection, which unites all creations in nature. Once here, one can see the human body no longer as a separate biological body, but a series of connected ecologies. At this point the body can have the perfect ability to heal itself.

In different places implicit knowledge like this was given a different name, in Bali the elder gave him the name Tri Hita Karana. A triangle that maintains a perfect balance between God, nature and humans. In summary, every human movement brings influence to the other two elements of Tri Hita Karana. At the turn of the time when nature is marked by earthquakes, tsunamis, aircraft accidents and other signs of disconnection, it is worth reflecting back to evolve from biology to ecology. In the Spiritual Compassion family, it is summarized into a simple but profound message “” Help a lot, Harm less”. If you need to say it with a mantra, after saying the word Shanti (peace) three times, it is worth reciting the mantra of Aham Prema (I am love who is here to share love) also three times. That is a convincing step to evolve from biology to ecology.