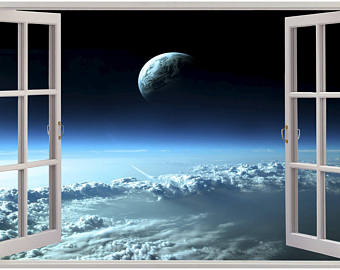 A burning hell, that’s how the restless souls look at emotions. Some rich celebrities in the West who committed suicide because of burning emotions. Summarized into one, the point is simple the pendulum of emotions keeps swinging. As the pendulum moves to the direction of joy, the restless souls tend to over-enjoy it. As a result, emotion being pulled back too hard to the right. In many cases, the emotions burn excessively.

The most hated negative feeling in this age is anger. In fact, anger only tells that there is a personal sensitive area being touched by the others. As simple as that. Jealousy is the guarding force that keeps the husband-wife relationship healthy and safe. Envy is signal that there is energy of progress stored inside. Boring is a hint that the inner life requires more stimulus from outside such as praise, entertainment, and other variations.

In summary, negative emotions are just compasses pointing the way to go. When a personal sensitive area is touched by people, learn to step away, that is enough. When jealousy burns inside, concentrate energy to keep your spouse safe. When envy comes, use envy energy to try harder. Similar things happen with boredom. No need to take the rope and hang yourself. Simply go to people and places that can give your inner life more stimulus like entertainment, meeting close friends, browsing the internet.

Friends who spent decades living near the beach, they will be easy to be peaceful even when they just look at a cool mountain picture. Companions who grew tens of years in the middle of a closed building, would be easily happy to see a video about an open park. In summary, each person has a soul hole (by which read: something that is lacking inside). For that reason, learn to recognize your soul hole. When your emotions are low, present some stimulus to make your emotions move back to the point of balance.

As the seasons in nature complete with winter and summer, night and day, the same thing happens to the emotions inside. The spiritual task then, when the emotions move to the direction of joy, keep the pendulum of emotions to not be too extreme. Simply enjoy positive feelings in moderation. Remember, in moderation, do not overdo it. When the pendulum of feelings moves toward the opposite negative, the negative feelings will not interfere much.

In the deep spiritual journey, this is called emotion as insight. Emotions are no longer not shaking, but keep guiding someone to find insight in a much deeper, yet far more wonderful life. Together with the well-managed emotions like these, many of the secrets in nature are easily opened.

Fear is part of our emotions that often give a secret sign. For the beginners, fear is the guarding force. Without fear of accidents, many young people will crash on the highway. But once the soul grows mature, or even luminous, fear is the wall that separates between the small selfish self and the Great self.

That is why the body of mature and luminous souls, will be touched by the terrifying and dangerous signs of nature, from spiders to dangerous snakes, but certainly they do not cause any danger. But they become an important sign from the secret realm, that one’s soul is mature and glowing already. In the way of meditation, the emotions and the mind are often referred to as the clouds which are coming and going. Consequently, the mature souls who have been touched by snakes and spiders, in fact they live in the home above the clouds.

“Similar to trees
that silently process toxic carbon into fresh oxygen,
noble souls transform the toxic of suffering
into the oxygen of peace in a perfect silence”