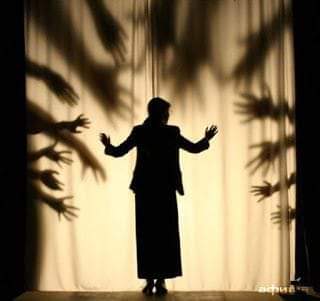 Not many people are born and grow in the midst of darkness, then come out of the darkness, and become the bringers of the dawn. One of these rare humans is Tracy McMillan. As told on the TED youtube site, a woman born from a mother who works as a commercial sex worker, her father was a drug dealer, and had failed in marriage for three times, apparently keeping a very beautiful life secret. Perhaps the most beautiful secret that is most sought by many people.

The secret turned out to be simple but very profound: “Before you marry someone else, you should learn to marry yourself first”. Many psychologists specializing in conversation are in agreement saying that many modern humans are not truly honest with themselves. To be more precise, they just want to talk about the good things. Not only when conversing with other people do they want to be called good, even when talking to their innerself, we just want to have only the good inner conversations. That is one form of inner marriage failure. As a result, the growth of the soul inside becomes unhealthy and unbalanced.

It is this imbalance that arises to the surface in the form of a response to the surrounding environment which is also unbalanced. Divorce, mentally ill children, violence, disease and all forms of pain are the face of the inner imbalance. If it is not immediately cured, this imbalance can grow into a number of dangerous things. The invitation to all friends, let’s learn to be a savior hero for our own life. By then there is the possibility of being a savior hero for others.

A brave soul is needed to be able to see the bad and dark sides inside, that is one message on the deep spiritual path. In other words, this path is only for souls that are sturdy and not easily collapsed. For those who are unstable, more often sick, use this knowledge only to add the inner insight. It can be carried out, later on, whenever you feel much more sturdy and stable inside. Mark Matousek in his masterpiece entitled “Writing to awaken” has practical but profound advice: “Tell yourself honestly and intact. When the story inside is honest and whole, then life can grow honestly and completely. ”

For this reason, a long journey to marry your innerself can begin by making a long list of bad things that have been done. Certainly not to arouse guilt. Not also to make the friends pursued a sense of sin. Again it is not. But inviting friends to be honest with themselves. Then see yourself as whole and complete. We do not only have good things, but also have bad things. Not only have advantages but also have many disadvantages. Nuclear physicist David Bohm in his masterpiece “Health and the implicate order” advised that the word ‘health’ comes from the word ‘whole’. Someone is recovering if they grow whole.

Initially there was a fight inside when invited to make a long list of ugliness and mistakes. Understandably, humans have been conditioned for a very long time to receive only the fine ones. At this point, someone is invited to become a spiritually courageous person. In the language of students in the way of Carl Jung, learning to dare to meet the shadow. That is, to find the bad sides and the dark side inside. Fear and doubt are often tempting to say no in this case. Countless numbers of arguments will be brought to the surface by fear and doubt. However, keep on seeing the dark sides inside.

The practical step, try to dig deep on the bad and wrong things that have been done since childhood, wrote it in a long list. And in a very secret place. From stealing money when you were a child, having had an abortion during teenage years, and often scolding children when they were newly married. Like entering a dark room, fear of snakes and all other dark shadows will surface. To the extent that someone equips himself with noble intentions to heal himself and heal others, there is nothing to fear. On deep spiritual paths there is often a message like this: “Compassion is the best protector”. Compassion (read: noble intention to reduce suffering in this world) is the best protector.

As a material for reflection, even very holy souls need mistakes in the beginning as spaces for growth. Sang Rama arched Subali’s feet while still a child. Prince Siddharta, who later became a Buddha, had disappointed his father and wife by running away early in the morning to leave the palace and become an ascetic. That’s how the soul grows in this world. We can only know the truth if we have ever done wrong. Only know good if we have done bad things. To be healthy, learn to be a skilled gardener in the inner garden of the soul. That is to understand that mistakes are like dried leaves. As long as it is placed under a flower tree, one day it will evolve into a beautiful flower.

Among all forms of spiritual skills, what can be tried is the skill to always be thankful and grateful. “Gratitude is the engine of holistic change,” said a friend in the West. Always being thankful and grateful is a spiritual machine that is easy to help a person to grow in the Godhead. For that reason, train yourself again and again to be grateful and thankful. Including being grateful and thankful about your shortcomings and mistakes. Weaknesses and mistakes guide the soul to grow more mature. In simple but deep language: “Happiness is fun, but there are no lessons there. Sadness is indeed unpleasant, but there are many lessons that are available there”.

Once someone can see the sadness and happiness of both as reconciling messengers, there one begins to learn to marry the innerself. Kahlil Gibran in the book the Prophet had a bright spiritual heritage: “When someone is chatting with happiness in the living room, sadness is waiting in bed”. In other words, humans grow well together with happiness and sadness. Because at home, humans will never be able to run away from their sadness in particular. Whenever someone can hug sadly as lovingly, there he can be called married to himself/herself. By capitalising on this type of inner marriage, it is much easier to be able to have a beautiful outer marriage.