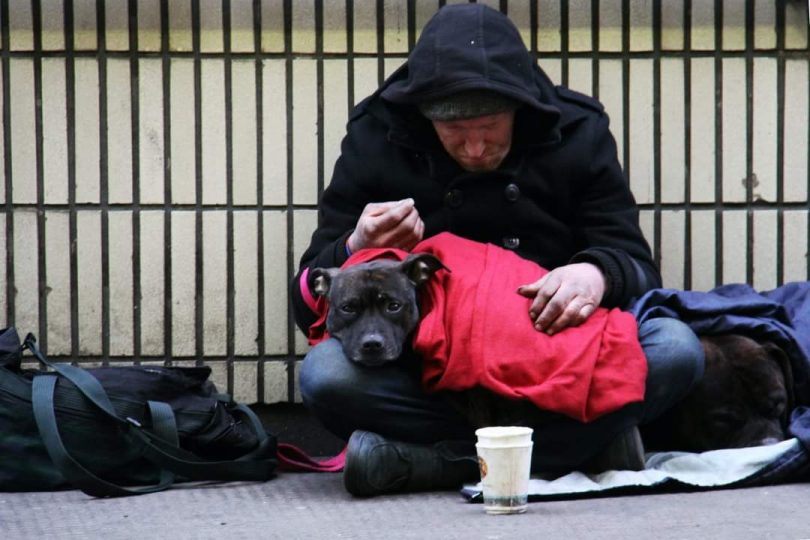 Following the lengthy crisis brought by the corona virus, and evenly distributed throughout the world, the pain presented by this era is indeed highly intense.  The economy which was the highest growing in history has become the lowest growth rate in history.  It has a direct effect on the millions of people who have lost their jobs.  This economic disaster drags on almost all other sectors.  Social health indicators are deteriorating everywhere.  From stress, depression, violence in the household, divorce to suicide. The Compassion spiritual family is constantly working on 3 service centers that they have, a small act of kindness that feels very touching in this era.

In order to help friends to be healthy and safe, it is worth considering deeply in this message: “Sadness, sorrow, tears and smiles are not causes that was brought by an event.  It is the things that humans add to the event.  In other words, thoughts are not the sources that can make the cycle of the times painful or happy.  In the same spirit, pain is similar.  It can be the beginning of many calamities, it can also be the opening door to a life full of Light.  It depends on how someone responds.  It is not much different from the old story about cow dung that neighbors put in front of the house.  If out thought is negative, it is the beginning of the disaster.  If the mind is positive, cow dung can turn into a fertilizer to grow beautiful flowers.

Lifted up by pain

In the world of the wise there is often a message like this: “Don’t let pain define you, let it refine you”.  If someone becomes evil because of being insulted by someone, it means that pain makes a person bad.  Likewise, someone who is angry, protests, blames it for losing his job, especially destroying public facilities, bad events make them a bad human being.  The path taken by a master is reversed, not made worse by unfortunate events, but made smoother and gentler by unfortunate events.  The number of humans who can be like this is indeed small, but it is this small group of people that will light the candles of many people.

The great poet Kahlil Gibran is a beautiful example of this.  When he experienced the pain of a broken heart, he did not commit suicide, but instead he poured the pain inside into the masterpiece entitled The Prophet.  HH Dalai Lama was in extreme pain from losing his country at the age of 15.  After all this time, many people concluded: “HH Dalai Lama is suffering to Tibet but blessing to the world”. The dark suffering is transformed into a very bright Light.  While most people fall in life because of their pain – from physical pain to mental illness – wise people are lifted up by pain.

The tools used are simple, positive thinking combined with a daily attitude that is full of perseverance and doesn’t give up easily.  Pain is not seen as an attacking demon, but as a force that makes the soul radiate brighter and brighter.  And this perspective is then translated into a daily attitude that doesn’t give up easily.  In Mahatma Gandhi’s language: “At first people laughed scornfully.  Then there was the insult.  Some of them even attack.  But in the end we won ”.  That’s a clear example of how pain can make the soul’s journey lift up.

Armed with such insights, let’s explore three beautiful faces hidden behind pain: “Pain as a guardian, pain as a compass to show us which path to take, pain as an angel who save our life.”  Friends who are careful in taking care of health understand that the pain that is present greatly maintains not only physical health, but also mental and spiritual health.  Let’s say someone has a stomachache.  It is a very bright message about the food that should not be eaten.  So that the next time you wake up, please do not to eat the same food.  The same is true with mental pain.  Suppose someone is hurt by another person’s rude words.  This type of injury is keeping the person guided so that the next time he is careful to talk to people whose characteristics are similar to the person who had hurted him before.  That is the face of pain as a guardian force.

More than a guardian force, pain is also a compass that shows the path to take that should be followed later.  In the Compassion family, friends have long been asked to be radiant (not made dangerous) by pain.  To do this, look at the spiritual message behind painful illness.  Friends who are often sore around the legs, it is a message to be more carefully in choosing the path in life.  He who has a heart disease is advised to perfect his love into action.  Friends who are sick with lungs disease, learn to connect with the natural environment.  Anyone who often has a sore around the mouth and throat, learn to speak carefully, rest assured that every message that comes out of the mouth will be a soothing type of messages.  The pain around the head is bringing guidance to think less and more flowing.

The most beautiful face behind the pain is the pain of being a saviour angel.  Many years ago, while guiding meditation for 10 days day and night in a holy place in North Bali, Guruji was visited by a very intense pain in the gut.  Couldn’t sleep at all for 5 nights.  Until rushed to the doctor on the sixth day.  After a long time, the secret was revealed, that was the way the fourth chakra (heart chakra) was cleared by the secret Master.  Another time, Guruji was visited by a toothache that lasted for months.  Until the dentist wondered how could he endure such pain for such a long time.  Toothache is unlocking the secrets of nutrition that match Guruji’s unique body characteristics.  Deeper than that, a long and deep pain often opened up the secret sacred book hidden within.

If the sacred books of religions are for many people, the sacred books within are very special and very specific.  Only for that particular person.  Unfortunately this includes secret areas that cannot be explained.  Seekers on the path of Tantra, many come across this kind of unique holy book.  Naropa is a proffessor at Nalanda University in India.  While reading a book, suddenly came an old woman who laughed insultingly: “Naropa, you think you can be enlightened just by reading books.  Hurry up and meet your Guru Tilopa ”.  It was from that moment Naropa found the sacred book within, guided by a long and deep pain.  Jetsun Milarepa is another example.  The pain experienced is unimaginable.  Again this saint from Tibet tells of an inner sacred book that is opened through long and deep pain.