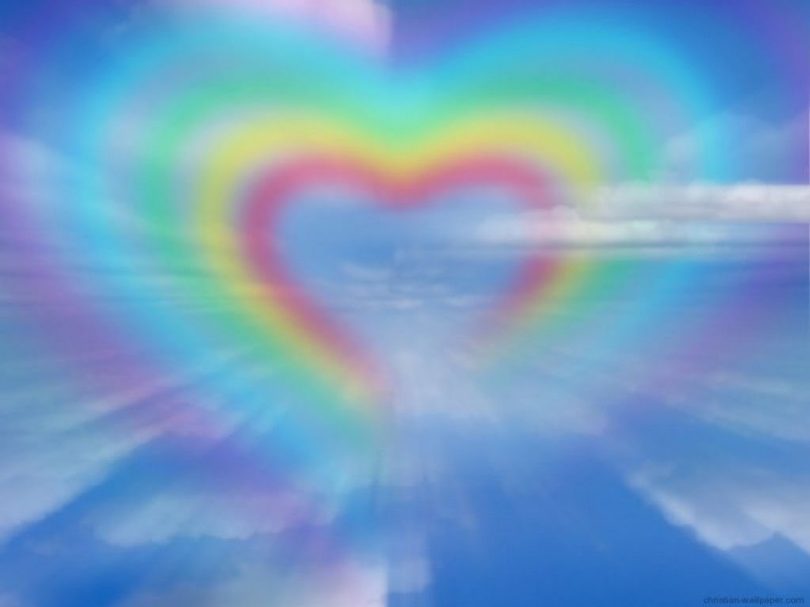 Rainbow In The Heart

A rainbow is a beautiful bridge that is connecting the father sky with the mother earth, that’s a message which is often heard in the forest of silence. For the sensitive and the deep souls, there is a beautiful message that heaven is trying to send whenever a rainbow appears in the sky. And it’s complete beauty can not be explained by any tongue. Even the tongue of the enlighthened can not explain it.

Perhaps that is why, on the roof of earth called Tibet one of the names given to the enlightened beings is the rainbow body (a body which is as beautiful as a rainbow). At the moment of death, according to one of the Tibetan scriptures, such beautiful souls will be respected by nature in the form of rainbows in the sky, and small earthquakes on earth.

Nevertheless, let’s find some materials of reflections from beautiful rainbows. A number of seekers in the spiritual world often mention messages like these. The others offer hatred and attacks and are similar to the hot sunshine. But your sincerity and honesty to forgive is like the spatter that appears in the sky.

As a result, there is a spiritual rainbow that appears there. As a guiding step, in every place and time there are always people who attack and blame. What the deep souls do in this case is simple, they are not burnt by the anger of the others, but they paint a beautiful rainbow there. Especially through the sincerity and the honesty to always forgive.

In the West, there was once a luminous woman named Maya Angelou. One of the beautiful heritage of this charismatic woman reads like this: “learn to be a rainbow in someone’s clouds”. People’s anger is similar to clouds that hinder the appearance of light. But your sincerity to see the angry people as suffering souls who ask for help making the beautiful rainbow appear later.

That is the reason why on the path of compassion, the people who scold and wound you are considered to be the most valuable diamonds. Repeating the previous message, it is the threatening enemies who help the souls grow and glow. And the most important thing, they guide you to meet the beautiful rainbow in the heart.

In Tibet there was once born a luminous soul which was as beautiful as a rainbow named Gyalse Ngulchu Thogme (1295-1369). When the harvest seasons failed, he gave all things to the beggars. One day there was a cold beggar asking for the cloth he wore. Gyalse Thogme gave it. As a result, some people thought he was mentally ill because he was not wearing any cloth. In the moment of his death, the sky was full of rainbows, the earth saluted with small earthquakes.