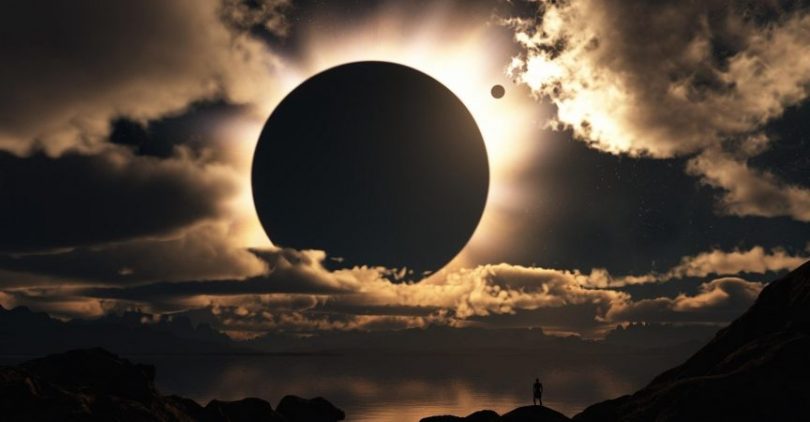 Reading the very intensive news about a very high government official who is being forced to the court because of corruption brings a lot of empathy. Especially because someone with such a high rank and a high dignity is chased like chasing a criminal. At the peak of his confusion and fear, he even experienced a dangerous car accident on the highway.

A similar story about rich people also happened in developed countries. A friend who is a psychologist in the United States shared his story, in the time of holiday months like December, the number of stressful and depressful people increases rapidly. Especially because in the holidays times, some people have to spend a long time together with family members whose spirits are extremely different. From a very demanding mother-in-law, until a brother-in-law who can only see bad things.

Spiritual friends whose spiritual eyes are widely opened know, what one encounters outside depends on what they have developed inside. Like a fisherman who is carrying a net, naturally he will approach the ocean. Similar to a carpenter who carries an axe, he will lightly step into the forest.

One day there was a giant who wanted to eat sheep in Tibet. But the giant fails. No matter how many time the giant tried, he still fails. Having known this, it turns out that the Tibetan king at that time diligently and sincerely meditating acceptance and tolerance inside. The king is even ready to give some of his body as a food for the other creatures.

In Japan also a similar story, whenever natural disasters happened, the Emperor would go into the prayer room for days. Just come out for eating, drinking and taking a bath. During that time the Emperor will apologize to nature. Mainly because disasters provide input, that there is imperfection in the Emperor’s inner harmony.

Learning from here, no one forbids you to work, no one prohibits you to try, but it is very important to embrace with full acceptance every result that comes in your life. Especially to make the inner-harmony grow well and balanced. It is the last inner harmony that will invite the coming of outer harmony in your life.

That is the reason why, in the meditation sessions I often shared the message: “Learning meditation is learning to rest from any forms of inner conflict”. From wrong against right, bad against good, sad against glad. Then, train yourself to always “rest” in the present perfection. At the same time always remember, everything is cyclical. Garbage grows into beautiful flowers, beautiful flowers spin into garbage. The same thing happens to sad-glad, sorrow-joy, blame-praise.

One who deeply embodies this message in daily life, someday they will understand through attainment, the person who has a lot of money is of course rich. But the ones who are full of acceptance inside are also rich. And the endurance of the last rich person is much stronger than the first one. Weather may continuously change, but deep inside the second rich person will continue to grow in harmony.

“With a grateful heart,
wherever the foot steps
the soul always feels at home”