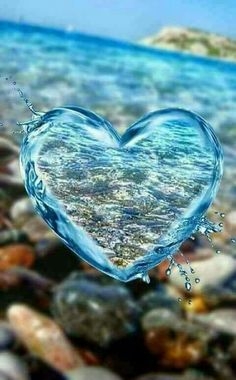 In the shamanism, the nature is full of the signs oh light. In the ancient era where religion is not yet known, the elders left the records of sacred teachings in the open nature. The legacy, which shows that the elders had once endowed the teaching of a sustainable and altruistic leadership, can be clearly seen in the land of Java and Bali, even until nowadays. There are four remaining beautiful signs that can be precisely found at the city center in many cities in Java and Bali. First, there is an open broad field. Second, there is a shrine that is built there. Third, there is a soothing old banyan tree nearby. Fourth, it also happened to be the place where the leaders live.

In Bali, that place can be clearly seen in Catur Muka intersections, Denpasar. The open broad field symbolize an invitation for leaders and community leaders, to have a broad mind. Not narrow minded, nor full of prejudiceness. Borrowing the speech of one of the former US presidents: “I was nominated to be a leader by a party, but I was chosen to serve a nation”. In another way of saying, once someone is elected to become a leader, he is no longer a property of his party, but begins to belong to the people he leads. In this era of openness, a small mistake of a leader can be broadly discussed. Yet the great actions of a leader can never be ignored.

Whether you like it or not, that is the fact of this era. Therefore, it is truly indispensable for a leader to have a broad and flexibility mind. Water is the symbol of nature that truly help in this regard. Edward de Bono referred it as the water logic, which is far from rigid, and also far from fossilized truth. “Learn to wear the shoes of others”, an old message once said. It means that in order to maintain a flowing mind, we need to train ourselves to see from the perspective of others. For a gardener, the weeds are disturbing. Yet, for the rabbits, the weeds are the best food. In the other hand, it needs to be profoundly understood that a flowing mind does not mean that everything is allowed. There are also some restrictions, for sure. However, it should be revealed in the most subtle and gentle way as possible. The way of the elders in this regard is very simple, if we are unsure that we have comforting words to express, then simply wrap your lips with a smile.

The second sign, which is in the form of shrine, is different. It symbolize an invitation for the leaders and community leaders to start entering the world of spiritualism. Any friends who have been sitting as a leader for a long period of time understand that not all things can be understood by logic and feeling. An MIT professor, Donald Schon, in his masterpiece titled ‘The Reflective Practitioners’, is calling is as a tacit knowledge. In the world of deep spirituality, it is called as the secret realm that might appears using various faces. It is not easy to explain these things to public, nevertheless, any leaders who study spirituality will always be neatly guided along their journeys.

His Holiness Dalai Lama is a great example in this regard. He indeed lost his country, Tibet, at the age of 15, but many in the world beautifully concluded as follow: “HH the Dalai Lama is suffering to Tibet, but blessing to the world”. He is a symbol of suffering for Tibet, but a wonderful blessing for the world. Because his country is being taken by others, he is then able to share his light and enlighten the rest of the world. Mahatma Gandhi is another example of leaders who deeply into spirituality. When millions of people were ready to support Gandhiji for a demonstration against the British invaders about salt, he, in the contrary, sat for meditating for a long time. When being asked why, with a smile this bald man answered: “There should be no anger in every struggle”. The end has been well recorded in history, where the strongest army in the world in that era had to leave India, not because of weapons. But driven by the power of love. By the great sense of love from the people of India, to be more precise. When Nelson Mandela left the prison where he was detained for 27 years, he clearly mentioned: “If I do not forgive, my body has indeed left the prison. But my mind will continue to be in the prison of hatred and anger”.

The third symbol is in the shape of a banyan tree, which clearly symbolizes an invitation for leaders and community leaders to always be altruistic. At the banyan tree, everything and everyone can found a soothing shelter. In psychology, it has been long shared that only those having a full sense of altruism within themselves could share it to the outer world. In concrete, only those who are full of acceptance within could have a soothing inner soul garden. As a reflection, all human beings have shortages and imperfections. To be soothed within, learn to see shortages like gardeners who see dry leaves. As long as it is being placed underneath a flower tree of gratitude, the dry leaves of shortages will be evolving into a beautiful flower of peace. It is this kind of inner peace that makes a leader becomes similar to a banyan tree. Providing a cool shelter for all creatures underneath it.

The fourth symbol, which is in the shape of the leader’s house, is whispering a gentle yet bright message of where the leaders and community leaders should lives. That is to say that the spiritual home of a leader is a broad mind, a soul that illuminated by spirituality, and an altruistic daily attitude.
It is definitely not easy to find this type of leader in this era. But the new generations can prepare themselves as early as possible. As an afterthought, the bombs were initially created to help the government, in particular, to tumble down rocky hills in order to build roads. It is never crossed in anyone’s imagination that the bomb is then being used by the terrorists to destroy the lives of many.

The challenge ahead is even more ponderous, no one knows what will be happening if the terrorists use the genetically modified technology and artificial intelligence as a destructive force. The power of destruction will be greater than the terrorist bombs that are highly feared nowadays. It is this though and complicated challenge that must be used by the new generation to train themselves. Referring to the aforementioned legacy of the elders, train the mind to be far from narrow and free from prejudice. Instead, have a broad mind. Start entering the world of spirituality, such as meditation, yoga, and chanting/praying, as early as possible. Train the self to remain peaceful inside and outside.

As an encouragement for the new generations to start entering this area of spirituality, the spiritual family of Compassion, on this Friday, 12th October, 2018, coinciding with the 16 years commemoration of the Bali bombing incident, will be distributing thousands of beautiful postcards, both in English and in Indonesian, throughout Bali. The activity starts and ends at the Catur Muka intersections, Denpasar. There is a line of beautiful ladies who will be standing at the Catur Muka intersections for a day, on October 12th, 2018. This is to remind the young generations of Balinese in particular, that the challenges ahead will definitely getting more tough and complex. Yet, you can start preparing yourself as early as possible. And the most important task is in ensuring Bali remain sustainable in becoming a lantern of peace for the world.