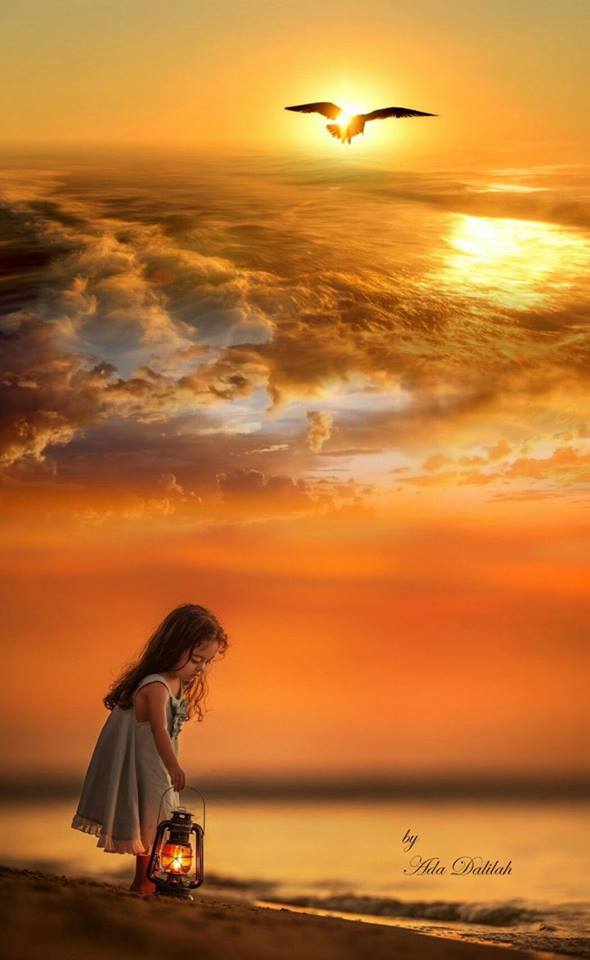 “Keep learning to forgive. Not because that other people are important. But because your peace is very important”, said an old wisdom. In this age, human understanding of the importance of forgiving is even deeper. In meditation classes in the West, where participants meditate while their brains were monitored with a brain wave measuring machine called EEG, there are very important findings. Without the courage and sincerity to forgive, any soul’s growth will be severely impeded. Like a tree blocked by another tree, it will not grow tall.

In meditation sessions often open a secret, he who failed to forgive for decades his body will be visited by chronic diseases such as cancer. His relationship with close people can be burned by problems. Someone would heard a suicidal whisper. Some can become unable to eat even though the money is very abundant. Many find it difficult to get sustenance. The point is simple, failure to forgive is like a thick and high wall that makes someone fail to find the face of life full of healing, abundance and peace. He leaves no other choice but to learn the art of forgiveness.

Forgiveness is a simple word, but it can be very confusing in the daily implementations. If you hug someone who have hurt you, it is possible that he will hurt you more. When approaching people who have insult you, it is not impossible that he will be a big headed. As if someone was railing forgiven, he would not know that what he had done that had hurt many people. When forgiving, a broken heart will feel more painful. These are some of the confusion about forgiveness that often occurs in the daily implementations. In the end, many noble friends want to forgive but then they still cannot do it.

In order to have a healthy and safe life, learn to read the direction compass of the journey inside. If the inside feels very often hurt, moreover very sensitive, learn to forgive only in the heart. Get to know the complicated network of suffering people who have hurted you. From a troubled childhood, their family whom are full of disaster, to the school that makes you uncomfortable. And behind the pain they have caused you, it was not a crime, but a very wounded soul. A very bad soul that unconsciously makes this person hurting you. After the network of suffering is open, whispers deeply in your prayer, hopefully this person will attain safe and health.

In order for your prayer to heal both your inner and outer body, dig deep the anatomy of the pain inside. Someone’s soul is hurt not only because of the reaction of people on the outside, but also because of the narrow understanding in the inside. From the narrow-minded mind that forces oneself to always be right and calls other people always wrong, depressed feelings from childhood that make us too easily hurt, until bad karma that have arrive. Simply put, the pain that is experienced now as the fruit of the pain that we have caused to someone else in the past. If we don’t revenge and don’t fight back, this means that our karmic debt is paid off. When we fight and do revenge, not only does the karmic debt will not pay off, it even creates new bad karma that will bear fruit later.

The second choice for friends who are very sensitive and easily hurt, learn to do a healthy telepathic communication. Practically, as often as possible imagine the good sides of the people who have hurt you. Either he once given you money, loaned you some stuff, invited you to eat, or even once have saved your life. Call these beautiful memories of the person whom have hurt you as often as possible. The friends who like to pray using light instruments such as incense and candles, when turning on the light, call again that beautiful memories of that person. The brighter the memory appears the better. Imagine his smiling lips. Visualize his sincere face when helping you. Also remember your happiness when being helped.

As experienced by some of the telepathic practitioners in this matter, not a few people who have insult, scold, or cause injuries, suddenly come without any invitation, then finally share their guilt. And apologize deeply. This is the form of a win-win forgiveness solution. Both sides felt bright and won. After this happens, don’t stop doing this type of positive telepathic communication. The person who hurts has indeed apologized, but you need a spiritual protective shield along the way. And these good and beautiful thoughts along the journey are a kind of the best protective shields.

Other practical options that is available, as long as the inside is still burning and injured, stay away from places and environments that allow one to recall existing mental injuries. Remind yourself again and again, when you stay away from the person who have hurt you. You are not only looking after yourself. But it also keeps the others from being hurt. In other words, the positive impact occurs on both sides. Always maintain a neutral state of mind. Far from negative and positive. As we go deep in meditation, it is strongly recommended that we rest as often as possible in the pause (read: clear silent space) between two breaths, between two thoughts, between two feelings. This approach is also very helpful.

A friend who has long been injured, heals himself for years in solitude, using this approach and forgives and then finally heals. He waited until the injured party had a super important event. When that particular person’s daughter got married, he comes without being invited at all. Not a few people were shocked there. But his soul were already healed with of forgiveness that makes this friend became very calm. Then share beautiful vibrations not only in the soul inside, but also beautiful vibrations in the surrounding environment. This is often referred to as lecturing through a beautiful attitude. Silent lectures that share a lot of lights.

In the midst of a world marked by a lot of terrible violence, in mid-March 2019 in a peaceful country called New Zealand even a holy place was shot at by people very violantly, without wisdom to forgive like this, even religion can make life’s journey wretched. And almost all the terrible violence like this has a very long historical roots. Without spiritual courage to forgive, this chain of violence will continue to later generations. It can even produce violence on a much larger scale. So in the world of forgiveness, there is a beautiful message that sound like this: “Forgiveness does not change the past. But by forgiving, we convincingly can change the present to be far more peaceful”.