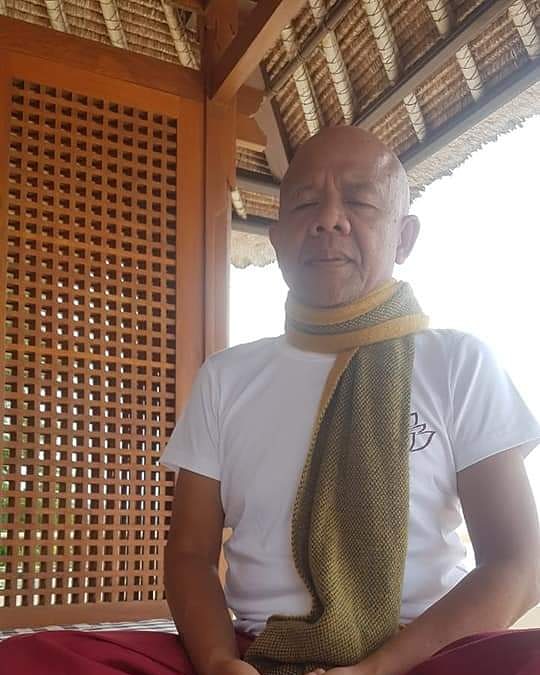 In the past, the story of healing meditation was only shared by many old holy books.  The ancient people, following their ancesstors footsteps were only armed with the high belief in their holy books.  In this era, it is different, there are abundance in-depth research has been carried out by many researchers and world-class leading universities.

Initially, researchers took saliva as an immune representative.  Later on, their test involve a brain wave measuring machine called the EEG.  Even more advanced, a number of yogis from the Himalayas were asked to meditate in the middle of a sophisticated MRI machine.  Most recently, researchers in cell biology have found that meditation causes the body to produce more stem cells.

In short, meditation does not only heals, but also saving as well as reconciling.  With respect for other who take a different path, on the beautiful path of meditation one is invited to find it within oneself.  In the language of the leading psychologist Carl Jung: “Those who seek outside is dreaming, those who rediscover inside have awaken”.

In other words, happiness (peace) that is found on the outside is like a dream.  Whereas what is found inside makes a person wake up from a long sleep.  In order for close friends to wake up from their long dreams, here is a series of reflections on meditation.  Remember, when Light is not available outside, it is nature’s call to immediately find the Light within.

First, in ancient times when life was deprived, humans may be healthy by eating more.  This era is contradictary, the number of people affected by obesity (overweight) and diabetes (consuming too much sweets) tells the story clearly, people become sick because they put too many things inside their body.  Included also in their mind.

That is why there are people who are complicated to call themselves difficult. It is rare for a person to have a clear and clean mind.  Entwined by the world by the long coronavirus crisis, and where it will end is not yet clear, is the latest evidence that too much has been put into the mind.  Never mind politicians, even world-class scientists have heated arguments about vaccines.

Simple meditation is learning to do an intellectual diet.  Not only should you reduce food intake to your mouth, you should also reduce the food that comes through your mind.  That is why in meditation sessions close friends are invited to “rest” in the present moment as it is.  Wrong, bad, sad, sorrow are all dances of the same perfection.

Second, given the spirit of “rest”, then learn to be a witness who is full of harmony.  It is as simple as the heavens that witness all the things that exist on earth.  As friends often become witnesses, there is a negative-positive synthesis inside.  Similar to electricity which synthesizes negativity, this is what can make a person find the beautiful Light within.

Third, because the biggest obstacle to meditation is the mind that contains too many ideal measurements, then makes both external and inward judgments, and creates inner guilt, it is very important to apply the spirit of rest by feeling the gap between two breaths, the pause between two sounds,  pause between two memories.  This is indeed a very subtle meditation object.

Anyone who frequently comes in contact with this gap will one day enter the quantum field – borrowing from quantum physics.  It is in this region that the impossible can becomes possible.  In this area also often appear beautiful “Light” which is hard to find and hard to imagine by ordinary people.

Repeating the previous story about energy vibrations, virus vibrations, sickness, pain and other complications vibrate in the energy levels below 100. Whereas the beautiful Light found within through “rest” vibrates well above 100. For one who is completely peaceful (Parama Shanti in the term of Balinese elders), the energy vibration is at 1,000.

It is this kind of person who might take the world out of the endless darkness and miseries.  Not by condemning others, not by criticizing the world.  But by being an example (role model) through a healthy and safe life.  In Mahatma Gandhi’s language: “The pure love of one soul can dispell the hatred of the millions”.

Photo caption: Guruji is meditating in the eastern region of Bali Island.

“With a grateful heart,
wherever the foot steps
the soul always feels at home”