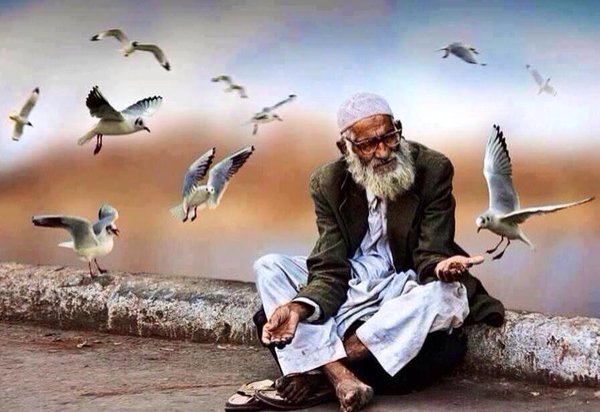 In the year of 1980s Kenichi Ohmae of Japan who is an expert on strategy, predicted the coming of a global village era. At that time, it was unclear how the global village would look. Nowadays, with such rapid advancement of social media, it is beginning to be clear what the global village is. And as has been happening from a long long time ago, every blessing brings it’s own suffering.

Social media has indeed brought many blessings. But it is hard to deny, many disasters that arise later is the result of social media. Many Indonesian people have no idea about the affairs of ethnic Rohingya in Myanmar, but suddenly a terrorist bombing exploded in one of the Buddhist temple. Not all our friends in the Church know that there was a presidential candidate in the US that had a campaign against certain religion. But a religious gathering in Bandung Indonesia had to be canceled because it was prohibited by a group of people there, certain people in Samarinda Kalimantan Indonesia have even thrown a dangerous bomb at a church.

The recent news that made the heart deeply sad and deeply touched, was a woman in Jakarta Indonesia, was arrested by the security officers because she wanted to bomb the presidential palace of the Republic of Indonesia, by way of a suicide bombing. It makes the heart sad because violence grows in such a rapid way. It deeply touched the heart because woman who are naturally blessed by the feminine energy (soft, gentle, compassionate) could turn out to be very masculine (full of violence).

The spiritual homework then, instead of blaming the circumstances, let’s focus the energy on doing something that can be done. And if we learn deeply the network of complexity behind the violence, of course, there are many factors behind it. However it is difficult to neglect an important factor which is our differences. The advancement of social media in particular, inevitably makes people able to see and feel differences everywhere.

For the narrow and the short-sighted mind, differences are very dangerous. But for the broad and the deep minded, differences are spiritual gifts that can be transformed into a beautiful rainbow of peace. That’s the reason why many young people are often asked to remember that behind the violence is not religion, but rather the narrow and the short-sighted mind.

For that reason, instead of hating people who have different religions, let’s learn to widen and deepen the spaces of understanding in the mind. As a material of contemplation, God loves diversity. Therefore, He gave birth to more than one religion. Because of the same reason, human beings were born into different genders, different ethnic groups, different languages, as well as a million of other differences.

Having realized this, whenever someone else looks different, do not rush to call it wrong, or to call them stupid. Learn to look deeper into the framework of their mind. In a simple but profound language Confucius said: “When people look good, follow them. When people look bad, recheck your own mind again and again”.

In other words, in the moments when there are signs of distress inside that can lead you into violence, recheck again and again the inner architecture of the mind. In the time when people look weird or different, they are not always wrong. It happens very often, the most important root lies in the failure of the mind to fully understand.

A friend who begins to grow old and spent some of his years being a rich man shared a story. When he was young, he failed to understand why some rich people talked without even a small smile to the lower workers like drivers. After he had been rich, led companies with thousands of employees, there he came to understand why many rich people and leaders spoke without any single smile to the lower workers.

The same thing happens when people interact with the others. Learn not to rush into conclusions that different people are bad and stupid. Like receiving the gifts of books that can not be understood yet. Put the books in the library, one day when you grow older, the books can be full of meaning.

Through such wise and deep approach, you do not only commit less violence. But you can also share more compassion. Surprisingly, when you share the money you become poorer outside, when you share compassion you are richer inside. And this may happen when people diligently train themselves that differences can be beautiful too. Differences are the wealth of life as well. In the middle of increasing violence everywhere, it is wise to remember again and again, among all speeches the most touching one is beautiful attitude.