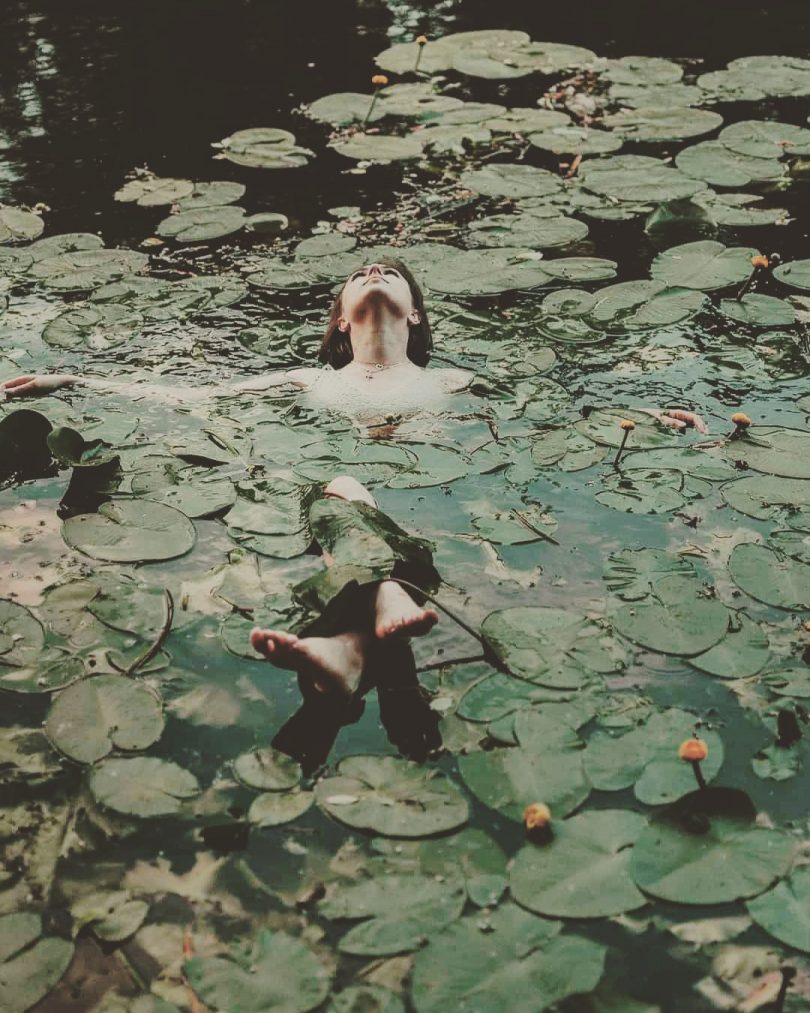 “Any violence perpetrated outside has strong roots with the violence that committed by someone on the inside,” this is the conclusion of many studies examining perpetrators of violence in many religions.  It made a lot of sense, especially since the heat outside would only burn if someone inside filled with dangerous petrol and dry leaves.

Learning from this, let’s explore the dynamics of inner violence.  For those who are not touched by meditation at all, whenever negative thoughts (feelings) arise, the natural reaction inside is to judge oneself, then throw negative thought (feelings) as far as possible.  Why is that happen? because religion and norms prohibit humans from having negative things.

For the friends to settle deeper, just as nature cannot throw away night, roses cannot get rid of thorns, humans cannot get rid of negative thoughts and feelings.  And the more he tries to throw it out and kick it, the more negative thoughts (feelings) come to bother him.  “What you resist persist”, is the old law in psychology.  The more you fight it the stronger it become.

In this way, on the one hand negative thoughts (feelings) are not strengthened by being kicked, on the other hand a person begins to grow wholefully.  Remember, healing (health) comes from  wholeness.  At the same time, always keep in your heart, no human being is always healthy and happy.  Even the Buddha recognized boredom, which was why he often moved from one temple to another.

To help friends to be healthy and safe in this era of many dangers, here are some spiritual messages behind negative thoughts (feelings).  Especially so that all friends do not do violence inside, and that violence outside does not need to be burning inside.

The professor in Harvard University who is major in psychology, Susan David in her masterpiece “Agile Emotion” is clear on this point.  Thoughts (feelings) do not know the term negative-positive.  It is a natural part of the human body.  As natural as nature which has night, as natural as rose which has thorns.  Hence, Susan David has a healing remedy: “Radical acceptance of all emotions”.

It turns out that the old Compassion family medicine “receive, flow, smile”, got approval from the famous psychology professor. And she is from Harvard University.  The practical psychological language, once the thoughts (feelings) are accepted inside, the distance between people’s actions and your reactions (stimuli and responses) will gets widen. And then the bad impact becomes minimal.

For example, let’s say that the neighbors are angry.  It invites our anger inside.  Get away from the old habit of judging yourself because you are still angry, away from the old greed that wants to get rid of anger.  Then remember the spiritual message behind anger: “Angry people are signs that their soul calling is different”.  As a result, you can drive away politely from those angry people.

When that happens, not only will you survive, the angry neighbors will also be saved.  At least, no need to be in correspondence with the police.  Remember beautiful souls, no matter how close one is to God, no matter how deep one’s meditation is, there will still be sadness inside.  If you concentrate on this guiding message, sorrow becomes a saving force.

Photo by Artem Ivanchencko on unsplash

“As a bamboo that gain its strength
by being deeply rooted,
luminous souls grow deeply within
through a deep sense of gratitude & thankfulness”