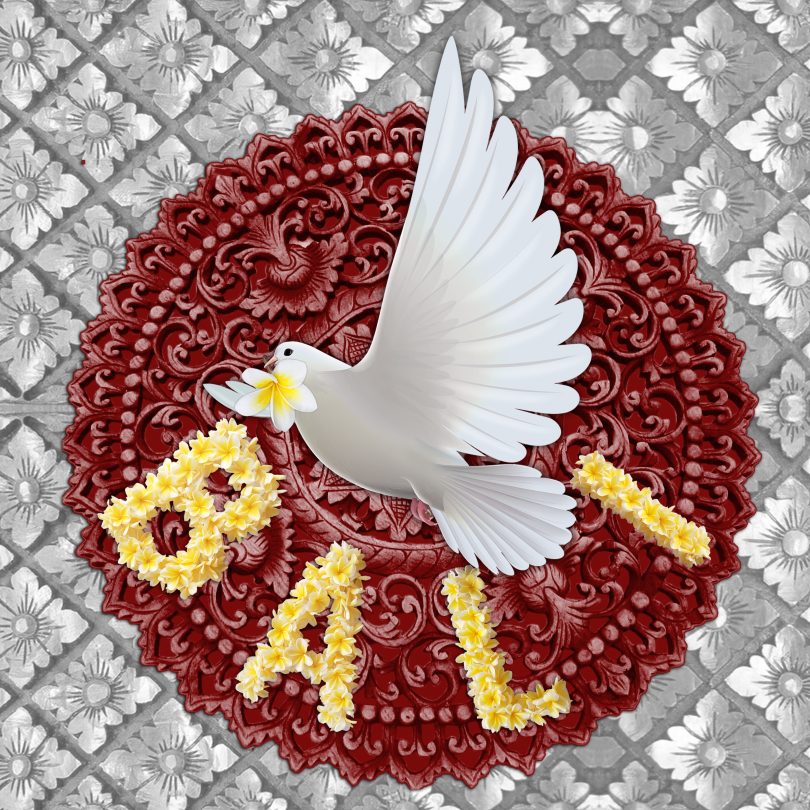 After the two Japanese cities were destroyed by bomb attacks decades ago, the cold war between the two superpowers ended tens of years ago, many people thought that the era of mass destructive weapons would pass. Some observers agreed, the war using weapons will be replaced with digital war. And the battlefield is the internet.

But the nuclear crisis that happen in North Korea and Iran which dominates world news in October 2017 is like turning the history back. Human fear of nuclear weapons reappears. That is why the Nobel peace prize committee in 2017 awarded the Nobel Peace Prize to anti-nuclear activists.

In the midst of this shadow of peace crisis, there are friends in the West who whispered beautifully: “The times of crisis are times to rediscover the most beautiful part of ourselves”. As we experience together, in the lap of time when everything feels good, people tend to be lazy and have less effort. However, once frightening things happen, naturally human beings try to give the best parts of themselves.

One of the public figures admired both in spiritual communities, as well as atheists groups is Albert Einstein. One of Einstein’s spiritual legacy which is often quoted on both sides is like this: “If you measure fishes by the measurement of birds, or measure birds using the measurement of fishes, then everyone appears to be an idiot”. In other words, the most beautiful part of the human soul is the childlike innocent mind.

And the last most beautiful part of human soul disappears once someone begins to imitate it. Especially imitating parents. After a long lost time in imitation, a few decades later the body gives sign through pain. Through pain, the body gives input that a person grows as someone else in his own body. In other words, being alienated in the body.

It is at such times that human beings are invited to take the reverse journey. One of the characteristics of this era, too many people who often confess pain around the head. The spiritual message is simple: “Less thinking, more flowing”. It means, spend less energy to compare and compete, at the same time learn to accept life as it is.

Another feature of this age, the number of angry people has increased significantly. One of the heads of state governments is even angry every day in many world medias. Increasing suicide rates, increasing drug victims, increasing divorce rates, are all sharing the rising anger everywhere. The guiding message then, whenever the life garden is full of dry leaves, learn to move away from sources of conflict and violence. It would be good if you can share the cool water of patience there.

The other cosmic message that should be listened to in this day and age, there are more people who claim to have a big problem sleeping. The World Health Organization shared, the consumption of sleeping pills and other sedatives increased rapidly everywhere. The spiritual guidance then, let’s seriously learn to “rest”. To put it more precisely, rest the mind from all forms of inner conflicts. From wrong against right as school taught, to darkness against the light as taught by religions.

Before the tension inside grows dangerously into a disease, let’s learn to be at ease even when you do not know. Something which is impossible for those who have hard and fighting minds. Concretely, train yourself to say “yes” as often as possible to all the blessings of this present moment. It would be better if you can embrace the present moment with a gentle smile. In summary, there is perfection behind all imperfections.

Mosquitoes are eaten by frogs, frogs are eaten by snakes, snakes are eaten by eagles. Later after the eagle died, the eagle’s carcass is eaten by mosquitoes. This is called the cycle of perfection. In the elders language of Tibet, the rainy season does not add any amount of water in nature. The dry season does not reduce the amount of water in nature. Anyone who embodies this message deeply, will be able to look outward with the eyes of compassion, and to look inward with the eyes of wisdom.

To put it into practice, treat all crises that occur outside as an opportunity to share the compassionate energy. Without a dry garden, gardeners lose the opportunity to cool the plants. Without the heat of life, the smiling souls will lose the opportunity to share the smile. Along with that, always remember that human life is very short compared to the age of the universe. No matter how good and how big the Light is shared, it will be just a flash of light in the darkness of the night. Just a glimmer of light in the darkness of night.

It is from such luminous souls then the world will have a fresh air of peace. Not all of them may wear holy clothes. Even fewer of them can be called prophets. Most of them feel comfortable with being “white birds in the snow”. They grow in the community, but very few members of society recognize them. This is why this simple and humble article is called white dove of peace.