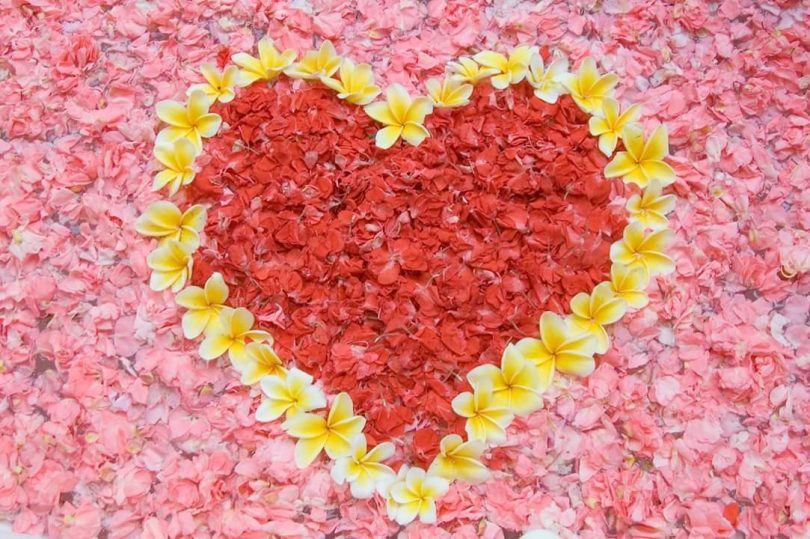 A psychologist friend whom have consulting experience for decades told us that many of his patients always begin the interview with dangerous questions like this: “What’s wrong with my soul?”. The same thing happened in meditation sessions. Many people who have this and that problem, think there must be something wrong with their inner souls. The triggers behind this dangerous question are very diverse. From the body affected by chronic disease, problematic children, life partners who are far from satisfactory, only have daughters but no son, financial performance is unsatisfactory, the single son marry a girl with other religion, children with special needs, until a problem like close relative who died so suddenly.

If we explored close enough, there is a common core there. Restless souls are measuring themselves with the ideal sizes of most people. Not only is the size not necessarily suitable, the size is also relative depending on whom that measures it, the size also changes from time to time. Similar to small birds who want to catch a jet, this type of person will not only be exhausted later, but can also end life in the abyss of suffering. Before being truly exhausted, let’s do deep reflection. Once upon a time the animals wanted to imitate humans who had schools. Swim lessons are guided by fish, the topic of flying is taught by birds, running courses are taught by the wolves.

After all these years, the school of the animals was closed. Because after all, those who can fly, still are only birds. The good swimmer are still only the fishes. The lesson here is everyone has a unique soul. And it can’t be compared. Similar to the body. There are people who are ok having coffee, some people can have heart problems by drinking coffee. Some are made healthy by vitamin C, but some people can get a dangerous stomachache because of vitamin C. The soul is also similar. Borrowing the legacy of the old physicist Albert Einstein: “If you measure birds with the size of fish, and measure fish with the size of bird. Then all will look like idiots “.

Armed with references like this, to be healthy and be safe, let’s learn to loosen the grip of the mind that life must be like this and it must be like that. Then grow naturally in each of our own place. While remembering that, dolphins beautify life in the ocean. Butterflies beautify life in the garden. Both of them grow in very different places, the first is abundant of water and the second have so little water, but both are beautiful as they are. An English woman named Sophie Andrews told me very touchingly on her YouTube site TED. If she uses the ideal size of most people to measure her life, maybe she would been very depressed. But this woman developed her own size for her life, and then could share light with the world.

When she was a teenager, Sophie Andrews experienced sexual harassment by her own father and friends. And it is done repeatedly. Because she could not stand the grieve situation like this, Sophie ran away from home. Not knowing where to go, in the middle of the busy streets of London she saw a pay phone. In the middle of the payphone box she saw an emergency telephone number that could be contacted. In short, she made a call to that number. And her pain of her very deep soul were listened patiently, painstakingly, subtly and sincerely by the person on the other side. She repeated this call until she rose from her painful life.

Feeling indebted to this life-saving organization, this native British woman then provided herself to be a social servant. To make the story short, she grew in that organization as a servant by becoming a listener on the telephone. Listening to a lot of restless and anxious souls. Some are hysterical, some are crying. Some want to kill themselves, some want to throw themselves in. She has been engaged in this servant profession for decades. Until one day, this touching woman managed to become CEO (chief executive officer) a.k.a the number one person in a service organization with thousands of workers.

The material of contemplation here, this is what the ancient alchemists did. Turning iron into gold. Turning deep suffering into an amazing achievement. Suppose Sophie Andrews used the ideal measurements of teenagers in general, maybe she had committed suicide. In the ideal size of most people, teenagers should grow up being cared for in a healthy home. But what happened to Sophie, she was raped by her own father. Even with their friends. A contrasting and very sad picture.

From this unfair and unhealthy comparison like this, the dangerous question was born: “What is wrong with my soul?”. Little was realized, the question of what is wrong makes someone look like a mud that invites worms to come. Similar to garbage that invites flies. This also caused a lot of restless souls to grow from one fret to another. Live from one suicidal whisper to another suicidal whisper. In order for dangerous things to evolve into glowing things, say goodbye to dangerous questions in the form of “what’s wrong with my soul”.

As recommended to many friends oftenly, the most important thing is not what happens, but process what happens to be the ingredients of growth. Deeper than that, use pain inside not to harm yourself, but to reduce the suffering of many injured souls in this world. That is why, on the path of Compassion in particular, a message has long been written like this: “He who learns spirituality with noble intentions to reduce suffering in this world, will grow much faster than people who study spirituality for other purposes such as commercials for example”.

That’s why, close friends in the Compassion family didn’t get tired to refresh their memories, and to less asking what is wrong. Always develop inner confidence that you are a beautiful soul. In nature, garbage is evolving into beautiful flowers, darkness is evolving into a beautiful light. In the same way, as long as you are diligent, sincere and refined, you can also process the mental wounds into a very beautiful soul. In Sophie Andrews’ story, she not only evolved into a beautiful soul, but also managed to share a very beautiful light to many. The recipes found were not too difficult: “The best help is one who listens emphatically without judgment”. The best help that can be given to others is an ear that is free of bad judgment, and a heart that is rich in empathy. Every friend who grows on this road understands. Initial listening makes us feel we don’t suffer alone. Then listening makes the soul grow in harmony. In the end, listening makes the soul rich in empathy.