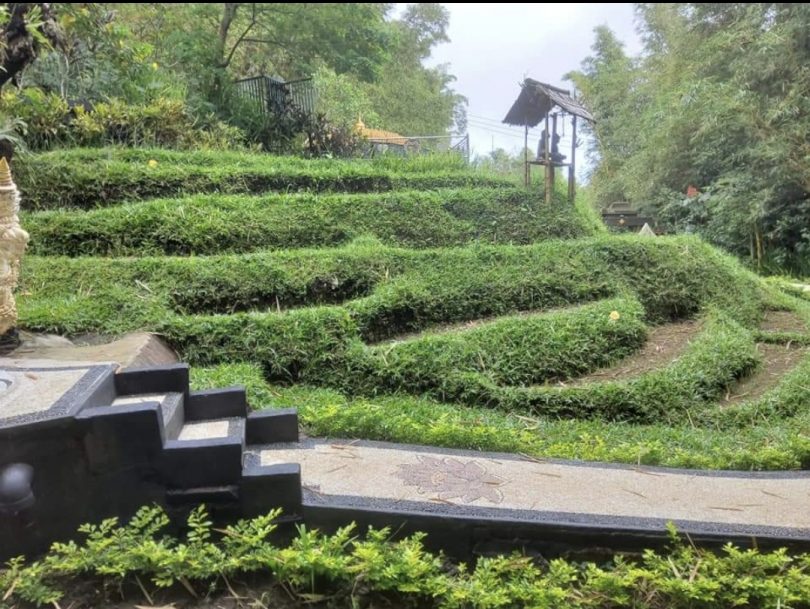 There is one strange thing in human life since long ago.  Humans make very neat preparations to face an uncertain life.  But barely made any preparations for the inevitable death.  The ending is predictable, in front of death almost all humans are accompanied by deep suffering.  In fact, the habitual energy that is most powerful at the time of death will determine where a person will be reborn in the next life.  If the strongest energy at death is suffering, it is very possible that the person concerned will be reborn in a world that is also full of suffering.  The language of science, everything is energy.  And energy does not know any terms such as death.  It just moves from one place to another.

Because that’s the case, even though you are still young, there is nothing wrong by doing the practice of death every day.  To ponder more deeply, everyone who is almost perfect in their respective fields, at the beginning , their daily practice was amazing.  Michael Jordan in basketball, Tiger Woods in golf, Kitaro in music all started their journey by practicing diligently. Pay attention to the moments when Mahatma Gandhi in India was shot dead by a hot bullet.  The first thing that came out of his lips was the name of God: “Shri Ram, Shri Ram, Shri Ram”.  It must have been a very good death practice.  Jetsun Milarepa’s ashes in Tibet at the time of his death were not only being collected by his disciples, but also respectfully requested by the realm of Light.  Venerable Lama Padmasambhva after living for a thousand years, when he left Tibet (did not die) rode the Light of the sun towards the West.  Again, I want to share here, such an amazing achievement must be preceded by the practice of dying which is also amazing.

For that reason, let’s practice dying every day.  Especially since death could come at any time. They not only come to pick up old people, but also can come to pick up young children.  The simple exercise is to see the impermanent nature of all.  Waste  turns into beautiful flowers.  Beautiful flowers turn into waste.  Likewise with  the human body.  No matter how rich and famous a person was, one day his body would be helpless in the face of death.  Practice more deeply, everything that appears in this world will disappear.  So that every time you see people passing by in public places such as airports, as well as thoughts and feelings, all of them are just a passerby that can appear and disappear.  When leaving the house for the office, whisper to yourself: “I died at home, soon to be born in the office”.

If you want to go deeper, approach death by frequently visiting the family (relatives) who have died.  Be present and be accompanied by deep feelings.  The practice of silence for several days is the practice of deep death.  You have your own logic, the environment also has its own logic.  The two are often incompatible.  To be contemplated together, later when we die it will also be like that too.  You have your own logic, other people have their own logic.  And the two are often incompatible.  If one often practices silence for days, one can smile beautifully in the first days of death.  Because the strongest energy at death is a beautiful smile, one is very likely to be reborn in a world that contains many beautiful smiles.

The very deep practice of dying is contemplating the four “No”.  No self, no person, no living being, no life span.  There is no separate self, no separate person, no separate living being, no birth and no death.  To make it simple, let’s look at the ocean waves.  When it died on the shore, it didn’t really die.  But move on to the next task.  It will appear again in a new wave form.  Restless souls are like waves seeking water.  Even though in the waves there is already water.  Another example, a restless soul is like river water rushing to reach the ocean.  Even though in the river there is already an ocean.  Hence, one understanding of enlightenment is someone who has been freed from all concepts.  Including free from the concept of birth and death, free from the concept of hell and heaven.  Just perfectly flow.  In short, blend in perfectly with what is now.  Again now.

The state of the four “No” is attained when one understands through attainment, that man does not need to pursue God, there is no need to seek Nirvana.  Just as the nature of the waves is water, the nature of the river water carries the ocean within, the nature of a person in it is God.  One’s nature in it is Nirvana.  So there is no need to be a wave that longs for water.  No need to be a river that longs for the ocean.  There is no need to be a person who wonders excessively to have beautiful flowers.  This is why in meditation guidance sessions, friends are often guided with messages like this: “Rest beautiful souls.  All are the same dance of perfection.”  At the Ashram, Guruji’s best friend every day is a dry leaves that fall.  In Eastern philosophy it was named Sarmapan.  Perfect surrender to wholeness.  Dried leaves are a symbol of perfect sincerity in front of God.  That’s another way to achieve the four “No” in everyday life.

Photo caption: One of the corners of the Ashram where Guruji lives in the hills in North Bali.  In the distance, you can see a miniature Borobudur temple (golden yellow) surrounded by rice fields.  Rice in the fields is always harvested by wild birds.  In this Borobudur miniature, Guruji’s nails and haircuts have been kept for more than 10 years.  It looks like Guruji’s grave.  There, too, Guruji contemplated death almost every day.  In the language of the elders of Bali, everyday they devote themselves there.