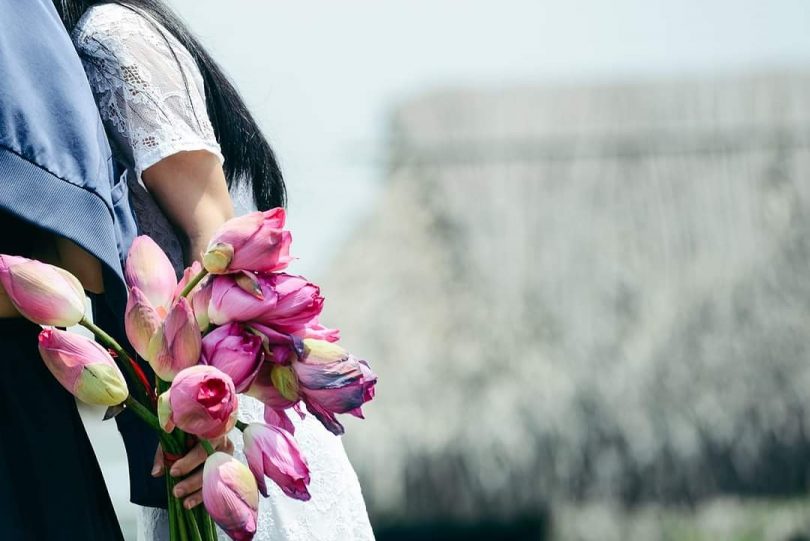 Natural biorhythms this time is rather unique.  It is marked by the number of empaths born (sensitive, deep inner souls).  In-depth research on the empaths concluded, 1 in 5 people of the earth today are empaths.  And this group of people is rather extreme, the ones who get hurt the most come from the empath group.  The light bearers in this era are mostly come from the empaths.  One prominent example is the HH Dalai Lama – he was awarded the Nobel Peace Prize in 1989, was appointed an honorary citizen by the US and Canadian Senates – he wept in public tears when the person who have hurted him in the past were reported dead.  That is the life of the empaths, easily get hurt, very sensitive, but also has a lot of potential for being a Light to many.  If they do not guard themselves with the golden parachute, the empath is prone to being hurt, heartache and can even develop chronic illnesses and mental illness.

The things that empaths need to be cautious of is the dangerous fire most often comes from the narcist group (sorry, the kind of person who act like an angry cow in the middle of glassware. He like to talk and act inconsiderately, but does not know that he is hurting a lot of people), as well as energy vampires ( humans who easily make us feel easily tired, feelings of restlessness, and cause disturbing thoughts.  The good news is that empaths can easily understand narcists and energy vampires.  On the contrary, they have difficult time on understanding the empath groups.  In-depth studies of narcissists, energy vampires and empaths show, when empaths move politely away from them, a sense of calm and comfort is present in the lives of the empaths.  But narcissists and energy vampires are restless.  Especially because they lost the opportunity to dominate the empaths.  In other words, it is empaths who should take care of themselves neatly.  Never have an exaggerated hope that the narcists and energy vampires will change.  Keeping in mind, when you walk away from someone hurting you, you are not only saving yourself, but also saveing other people from the possibility of injuring you and the possibility of dealing with the police.

Be aware of outside dangers

As is often shared, the most beautiful way to minimize the ill effects of darkness on the outside is to recognize the darkness inside. One of the inner mixtures that often endanger empaths is insensitive tongue but very sensitive ears.  Tongue that are not sensitive (read: speaking carelessly without knowing the feelings of others) easily invite attacks from others.  For that reason, be careful to take care of the tongue.  If you’re not sure that the words that will comes out from your mouth will be soothing, just wrap your lips with a smile.  Another dangerous combination for empaths is a hardened left brain (too logical, too critical, too systematic) combined with hot temper.  Likewise, the brain’s habit of being overly critical is also prone to inviting attacks from others.  So that the suggestion of a professor of neuro-science from Harvard University named Dr.  Rudi Tanzi deserves a deep thought: “Stop being a servant of the brain, learn to be the master in front of the brain”.  Not a few humans whose left brain is too rigid, are not realizing it is becoming a dangerous servant for the left brain inside.  Some even dared to kill just because they were servants of the rigid left brain.

So that empath friends are healthy and safe, quickly learn to train the brain.  First, in order to recover quickly, train the rigid and stiff left brain to be more flexible and more flowing.  Remind yourself again and again, the truth is not only in the head inside, but it may also be in the heads of others on the outside.  What is considered right one day may be wrong another day.  Every time it is different from people, the question is not who is right, but what is the relationship between your opinion and the opinion of other people.  Second, in order to grow, have a healthier understanding of success.  In the past, success was first then being grateful.  Now, learning to be grateful first and then there is the possibility of experiencing success.  And this kind of successful face carries far less chaotic energy.  As seen here and there, success which is marked by money and power is always accompanied by disruptive energies such as bringing down each other and even killing each other.  Third, to connect with the divine within, enlighten the brain with mindfulness practices.  To be precise, look at life as complete pairs.  It is not duality that kills each other.  Sad-happy, fail-success, wrong-right, everything is always in pairs.  They also come and go.

Above all, among all the strong inner guardian forces one of them is a positive-holistic thinking.  Look at what happened in the perspective of wholeness.  Where a person takes great pleasure, there he will pay for it with the same amount of sorrow.  People who praise excessively, one day will also curse us excessively.  The strongest guardian of life is called compassion: “People who injure us, their souls are actually are in a lot of pain.  They want to heal themselves by attacking others.  In the end, he did not find the medicine, but instead drank another dangerous poison for himself.  This understanding is very protective and very saving.  It is not only justified by sacred books, but also through many personal experiences.  In practice, imagine a dog is barking at you.  At first it caused fear.  When we take a closer look, the dog’s leg was injured and pinched in a tree.  That’s the way to look at narcists and energy vampires.  So that on the one hand the empaths can guard themselves, on the other hand, keep the narcists and energy vampires from dealing with the police.

Nurturing the potential Light within

Everybody has a potential Light within him/her.  The unique thing about the life of the empaths, the potential for Light that is most worthy of extra care is sensitivity.  It protects the inside as well as serves the outside.  In simple but deep language: “Trust the vibe.  Energy never lies ”.  Learn to be sensitive to the environmental vibrations.  If you feel uncomfortable, or even fear, protect yourself quickly with politeness.  Be careful when commenting about others, be aware of the questions asked.  Because it will invite the attack of people.  On the other hand, if the environment feels safe, comfortable, protected, join in with the joy of the natural surroundings.  You can share laughter and jokes.  And the healthiest way to laugh is to laugh at your own foolness inside.  Never laugh at the stupidity and shortcomings of others.  It will invite the attack of other people.

On a deeper level, the way you treat others will open the doors on how people will treat you.  Thus, treat others as positively as possible.  While it may not mean that other people treat you politely, you are at least much less likely to be attacked and hurt.  At times when you feel tired and anxious inside, self-compassion is a wonderful medicine.  Concretely, among the 7 billion people on earth, there is only 1, once again there is only 1 who can understand and treat yourself completely.  And that person is yourself.  The advice then, when tired of restlessness, pour the cool water of acceptance within.  To do this, speak only in things that shower your own gratitude, arm yourself with a beautiful understanding that even the most holy souls make mistakes in the beginning as a way to grow to be more mature.  If bad memories suddenly visit you, greet it with a smile.  Keeping in mind, darkness was not present to attack the light, but it is present to make the Light shine even brighter.

As electric light is born as a result of negative-positive synthesis, train yourself not to be spoiled for only wanting the positive, and rejecting the negative.  Synthesize the negatives inside by being diligent as a witness.  Sadness, sorrow and joy are just like clouds that come and go.  And friends are not clouds, but the witnessing blue sky.  Fail-success,  praise – curse are all just waves.  But you are not a wave, you are a vast ocean.  Just as the rose cannot throw away the thorns, the ocean cannot throw away the waves, nature cannot throw away the night, we also cannot get rid of negative things such as sadness and failure.  Remember beautiful souls, enlightenment does not throw away sorrows and failures, but smiles beautifully both at sorrows – happiness, as well as failures-successes.  It was the most practical way to nurture the potential of the Light within.  Never forget, once the Light is present, all darkness will be far gone.

The highlight of the empath journey

For some people, sensitivity is called weakness.  And we need to respect their opinion.  But for empaths, sensitivity is a source of strength.  Continue to train your sensitivity from day to day.  Especially with a lot of forgiveness and a lot of give in.  In the world of forgiveness, Guruji often hear messages like this: “Keep learning to forgive, until one day there is nothing worthy of being forgiven”.  In the world of giving in, guidance is often heard like this: “Keep on giving in, until one day you understand that through personal achievement, giving in is beautiful.”  Once here, empath friends will understand through attainment, the most beautiful home of empaths is solitude accompanied by acceptance and a sense of contentment.  From there born deep gratitude.  A combination that allows empath friends to find a portable paradise on earth.  Not because of a lot of money, not because of the praise of many people, but because of discovering through attainment that the most beautiful sanctuary is inside, the most reassuring holy Master is inside.  Balinese elders call it Pura Dalem.  The elder on the earth’s roof of Tibet called it Rigpa.  From the uterus of silence a super beautiful baby named compassion is born.

Photo by Dung Anh on unsplash