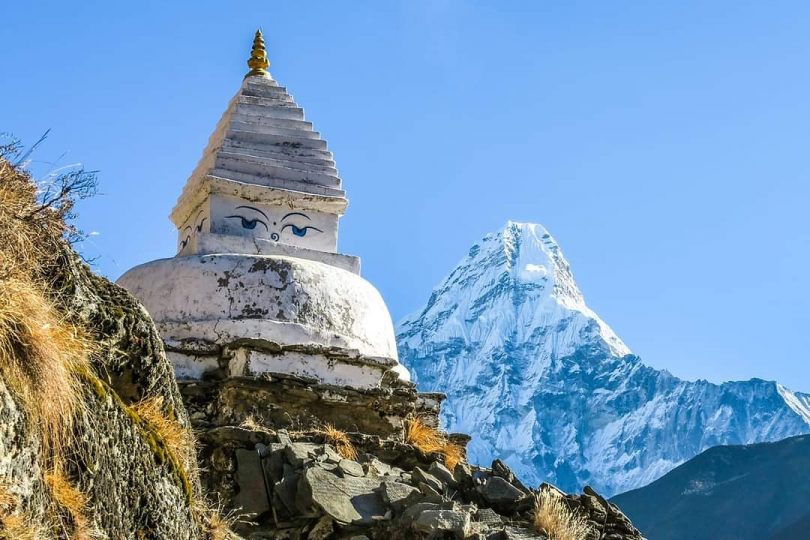 One of the prisoner in Bali Prison once asked Guruji this question: “I have been punished on earth for decades because of my mistakes, will I be punished again after I die?”.  One’s karma (action) will be 100% fruitful if there is an intention, there is an action, after the action there is no guilt, even still feeling self-righteous.

For example, someone intends to poison chickens.  The chicken is really poisoned.  After his chicken died he had no guilt.  That karma works 100%, so it is difficult to purify.  But if there is no intention, the more so when guilt arises after taking action, then it is relatively easy to purify. The ones that still chasing after death is an unrefined karma.

The good news is that there are ways to cultivate bad karma so that it can become pure teachings (dharma) that are purifying.  The power that is most helpful in this is called Guru devotion.  In Buddha there is the story of Jetsun Milarepa, in Hindu there is the story of Walmiki.  Both of them made a very dangerous mistake, but both of them were purified because of their amazing devotion.

The story of Bima in Hinduism is even clearer, the teacher who is worshiped is Drona.  Some people call Drona a fake Guru.  Even though the one who was worshiped was a fake Guru, Bima was saved by the Master’s hand when his life was dangerous.  During the intense fight with Duryodana, Bima’s sins were taken through Shri Krisna’s order.  In the end, Bima survived.

The situation is similar to the story of The Alchemist in the West, which can process metal into gold.  Deep devotion to the true Guru can turn even the most dangerous mistakes into sacred teachings that bring Light into the soul.  It should be noted that this path is not easy.  It takes perfect devotion for karma to turn into Dharma.

At the end of the 8th century, the Tibetans were in danger.  The king invited a true Guru named HH Lama Padmasambawa.  The most important reason why the Tibetans were saved at that time was because their king worshiped the Guru perfectly.  When the kingdom was handed over to the Guru, Lama Padmasambawa still saw something more important in the heart of the king than the kingdom.

It is His beautiful queen, Yeshe Tsogyal.  Later, she was also presented by the king to his Guru.  That’s why Yeshe Tsogyal was recorded in history as the consort of Lama Padmasambawa when he was in Tibet.  The tip has been neatly recorded by history, the Tibetans at that time survived.  The Tibetan monument of devotional service still remains today.

At the Samye Monastery, on three floors a statue of HH Lama Padmasambawa is worshiped.  The lesson is, all the holy and luminous things in nature are expensive.  The more dangerous a person’s mistakes, the greater the costs that must be paid.  Like Milarepa, his mistakes were extremely dangerous, but he was willing to pay even by nearly losing his life.

What needs to be watched out for then, there are not a few people who use this logic for less commendable purposes.  From collecting wealth to getting the seat of power.  In order not to enter this dangerous abyss, it is better to develop inner authenticity (read: sincere, honest, innocent in carrying out holy teachings).

Repeating the often shared message: “In the animal world, only beautiful bees and butterflies can see the beauty of beautiful flowers. In the human world only he in the realm of truth can see the true Master.”  For that, stop asking who the true Guru in this round of time.  Develop your own authenticity within.