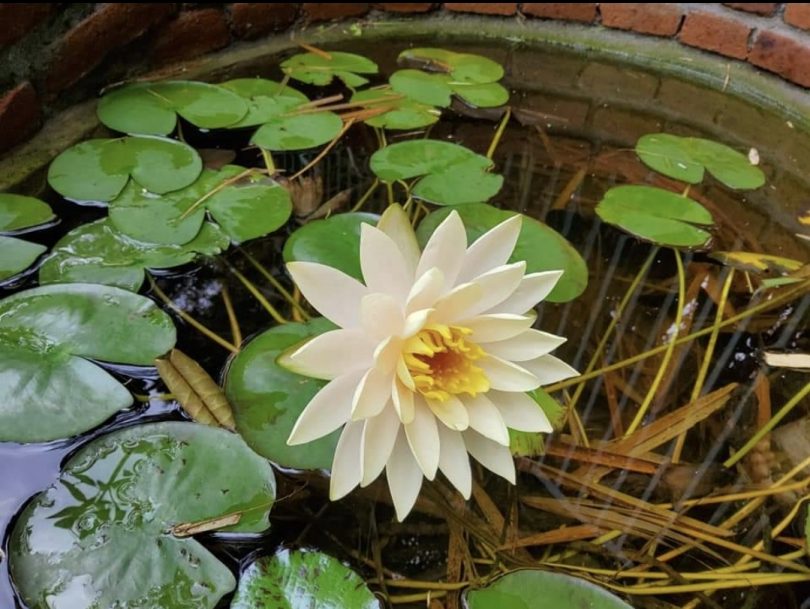 In meditation classes in particular, sometimes there are complaints like this: “I already have children and grandchildren, but still attracted to the opposite sex who looks according to my type”. That’s the story of many people since long ago. Confused by the energy of sex as one of the faces of love, not lifted up by love. Not a few humans are dangerous because of the sex energy. Including spiritual Masters. Yet sex is the energy from which many creatures come from. In other words, it is one of the faces of God when he created this world. Hence, in some old traditions such as Tantra, sex is very sacred. One of the characters who was made very bright in this case is named Saraha. Which not only succeeded in unlocking many secret teachings, but discovered through personal experience, that the human body is a very luminous body. That’s why all Buddhas experience enlightenment when wearing a human body. In Saraha: “In the end, my body is the highest shrine to myself”.

Most people experience the feeling of falling in love when they were teenagers. One’s consciousness falls from the head to the heart. Logic seems to be taken over by feelings. Many nonsensical things make sense, especially because they are driven by a very strong energy from within. Because this energy is very strong then by religions (especially at the beginner level), sex is strictly prohibited. Understandably, because without the provision of sufficient awareness, sex can be very confusing. Many ancient wars were fueled and disrupted by the energy of sex. Not a few humans fail to grow on the spiritual path, again because they are confused by the energy of sex. In the language of psychology, there are soul holes inside that ask to be covered. And on the surface it looks like sex can cover this hole in the soul. As experienced by many people on this path, the more this hole in the soul wants to be covered with sex, the wider the hole in the soul (read: the more things feel lacking inside). More and more doors of danger are opening.

The concept of a soulmate that was first heard in ancient Greece also came from this type of soul hole. Due to a series of outside forces, the human soul was supposedly split into two. It was thought that there was someone on the outside who could supposedly cover the split human soul inside. And in such a long human history, it is rare to hear, if not to say, that no human has truly found a true soul mate out there. In a nutshell, when you fall in love, especially humans, you create an image inside of your soulmate. The shadow inside is relatively constant – in the stories of many women, he appears in the form of a fatherly, patient and wise figure. In the stories of many men, she appears as a gentle, motherly woman, patient, forgiving and accepting – but the reality can be different. This means that the human figure on the outside is imagined as a soul mate, sometimes it matches the image on the inside, sometimes it doesn’t match. That’s why so many people were disappointed. Not a few whose families even become separated. The saddest thing, not a few who end their life in old age with empty feelings did not get what they were looking for. In short, the feeling of lacking in is only a kind of compass (travel guide). Life accidents happen, because humans “eat” the compass. Not growing in the direction indicated. Saraha is very clear in this regard, the holes in the human body (including the holes in the sex organs) are a kind of entrance. Sadly, a lot of people just stood at the door. They did not step inside.

Lifted up by love

The happy story is that there are people who don’t find their soulmate outside, then express their love by giving (read: loving). Not constantly asking to be loved. Mothers who are full of love for their children are a concrete example in this regard. A man who is very loyal to his wife and children is another story. Holy souls like Mother Teresa and Mahatma Gandhi who devoted their entire lives to others are the most beautiful examples of this. Feelings of lack inside do not want to be covered up by being a beggar in front of others who match the inner image, but are expressed by giving. From paying attention, sincerely listening, easing the burden of suffering from others, to the noble path of service. This is what it means to be “lifted up by love”. The feeling of being lacking inside lifts up the journey of the soul. Humans become more noble creatures. Not only does he see himself as a separate collection of flesh, but also as a noble soul that is connected with other beings in a very beautiful way.

In English, people who are lifted by love are like this: “Being healed by love, being wholed by love”. The soul is healed, at the same time it is made closer to God. Mainly because humans are starting to “step inside”. Not just standing at the door. Or even eat the compass. Instead, the inward direction indicated by the compass is being followed. By really walking the path for real. The satisfying energy that could cover the soul hole was not available on the outside, but on the inside. It is not obtained by asking from the other party on the outside, but by finding great energy within. And express it outward in the form of service. Which then becomes a bridge of connection that is very strong and very convincing. As is often shared, connectedness is the root of all healing and peace. Accompanied by a strong and sturdy bridge of connection, the body is easy to heal, the soul is easy to grow. A person will be respected in the family, respected in society. Easy to be happy at a young age, and awaited by a beautiful old age.

The good news is that there are a few people who not only “step inside”, but also manage to “marry” the masculine-feminine energy within. In Hindu language, finding the Linga-Yoni inside. Balinese elders call it, nyegara gunung inside. Traveling into this path is like touching a high-voltage electricity. Once touched, there are only two possibilities: “One dies suddenly, or is suddenly enlightened.” That’s why this teaching is very secret. It is only taught to students with a high level of devotion, as well as to students with high intelligence as well. A super rare combination. Hence, in all ages very few people were allowed to go through this path. Often not even there. Just as an initial and rough idea, the general public is okay to know the basic steps like this. At first it was just knowledge. Who knows it will be an achievement. The point is to marry the chakras inside. In addition to knowledge, the restless souls not only fail to mate with the inner chakras, but also experience a lot of energy blockage in the lower chakras in particular. So that life grows from guilt to feelings of anxiety.

For souls that bloom in love, the first chakra is married to the second chakra. It occurs in a state of deep sleep. The third chakra marries the fourth chakra in a lucid dreaming state. The fifth chakra is married to the sixth chakra in an awake state. Once these three pairs of chakras are perfectly married inside, there a lotus with a thousand petals blooms very beautifully on the seventh chakra which is located at the crown. It occurs in the fourth state called turiya (not sleeping, not dreaming, not waking). The Bhagavad Gita describes this state as the earth containing a thousand suns. That is, the soul becomes bright. At every step there is a Light. Along the way there are lanterns. In short, the soul hole inside was completely covered. The soul that had felt torn apart turned into a circle of mandala (perfection). It is like the earth, like the moon, no different from the sun. Everything revolves around the same circle, in the Compassion spiritual family, friends at this level are given a S3 degree (smile simply smile). Not just any smile, but a smile born of the achievement that all is the dancing of the same perfection. In the language of the Tantric people: “The devil and the divine are no longer unbridgeable. The devil is like mud, the divine is similar to lotus. Both are parts of the same perfection”. For serious aspirants on this road, it is recommended to fill their daily life with love: “live life with love”. If blessed, there are secret hands that will guide exactly how the inner chakras are married.

In order for friends to enlighten their spiritual journey, the following signs of achievement are only for the general public. Again, only for beginners. First, a person begins to grow on this path if he begins to feel that the holes in the body (especially the holes in the sex organs) are only entrances. The state of being in love is the “holy bell” that calls to step inside. Second, to friends who have families in particular, express this energy with your life partner to the fullest. Mainly because excessively suppressed sex energy is like fire in the husk. At the same time, express your inner lack not by asking the others, but by giving. To be noted together, this universe revolves guided by the law of give and take. Once you give, you will naturally receive. Third, for the general public, you can not be attracted to the opposite sex whom are not your partner, you should only be interested in your legitimate life partner, this can already be counted as a spiritual achievement on this path. If the state of the inner married chakra has not been achieved in this life, it may be possible to achieve it in the next life. Hence, one of the meanings of Tantra is continuity. Achievements in this life can be continued in the next life. For one who is blessed to experience a lotus with a thousand petals blooming in the seventh chakra, the ultimate sign of loving-kindness becomes something natural. As natural as wet water, as natural as a beautiful flower. Every daily step becomes a step of love. In short, love becomes effortless.

Photo caption: A golden yellow lotus flower blooms near a miniature Borobudur at the Ashram. Where Guruji’s years of haircuts and nail clippings being kept.