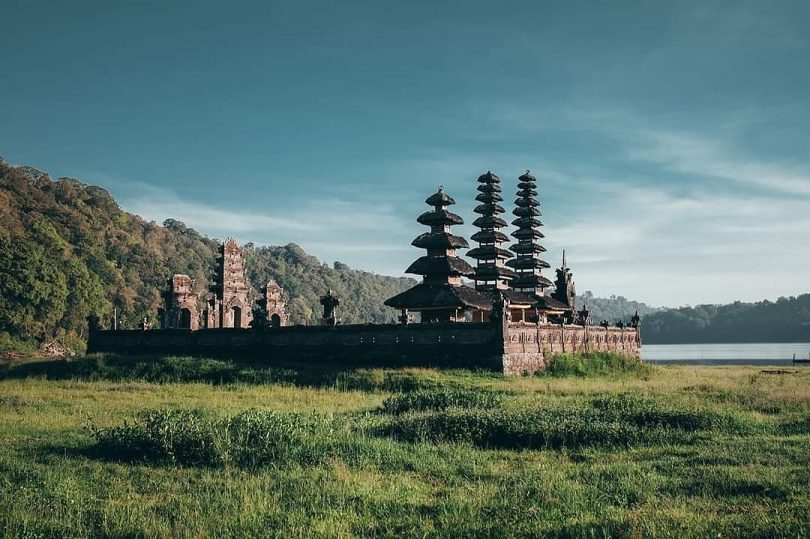 A friend from the West wrote about the meaning of the Galungan holiday in Bali like this: “The day of victory of Light against darkness”. It is not wrong, of course.  Especially if the meaning is aimed at a novice public.  However, for close friends who are guided to grow deeper, it is best to peel a little deeper.

You don’t have to be a historian to know that nearly all historical records were made by victorious parties.  Very rare actually, if you don’t want to say there are none, that the losing party is allowed to write their version of history.  For example, the story of the human tragedy that happened in Indonesia in 1965. Almost all records were made by the victorious side.

Thus, lets learn smart when reading historical stories.  Avoid taking every information served only from the surface.  Including when digesting the story of the victory that is used to celebrate Galungan.  Again it must be disclosed to close friends, almost all notes and interpretations came from the victorious side.

It is rare to hear how the Mayadenawa camp explained what happened in Tampak Siring hundreds of years ago.  In order for the soul’s journey to be guided in a clean and clear point of view, calm and balanced direction, always take the time to look at the history of the losing party.  Not to go against the stream, again it is not !.  Only for the purpose to have a clean and calm point of view.

It’s hard to deny, the battle that killed Mayadenawa hundreds of years ago in Tampaksiring Bali can be seen as  the battle of politics and power.  As has been the case from then until now, politics and power are rarely clean.  For friends who have sat in the seat of power understand, there are a lot of energy that is very confusing there.  From an attempt to put the others down until literally make others killed.

If seen with a spiritual eye (note: this is not history), it is possible that Maya Denawa was a Mahayana Buddhist.  To think about it, one of the Buddhist teachings that many non-Buddhists misunderstand is the teaching of anatta.  Many of these teachings think that Buddhists are atheists, do not believe in God, and other unfriendly titles.

As far as reading about Buddhist texts, this view needs to be straightened out.  Buddhism (at the level of Hinayana and Mahayana) does not pay much attention to worshiping God in the sky, but allocates a lot of energy to find God within (read: love, compassion, happy by seeing other people happy, balanced in seeing everything).

A set of qualities that are also recognized as the face of God in other religions.  Love, for example, is adored by almost all religions.  In other words, it is incorrect to conclude that Buddhism is atheist or does not believe in God.  At the level of the Buddha Tantrayana, there is explicit recognition of a secret Guru.  And that is very much like the God of theistic religions.

As someone who is no longer young, and been endowed to see many things in life, and have grown a long time on the Tantrayana path, it must be said here that the secret Guru exists and is real.  It was kept a secret because those who could see were very limited and those who could not see it are very large crowd.  So it is prone to give birth to many misunderstanding and even violence.  That’s why this many of this teaching is stored in a beautiful cupboard called a smile.

Back to the original story about the meaning of victory, for children and young teenagers, darkness is the enemy of Light, thorns make roses become ugly, trash is considered as dirty.  But once growing up, or even being radiant soul, darkness is not the enemy of Light.  It is only because there is darkness that humans can see the Light.  Even when the darkness is very dark, the shining Light becomes very bright.

Likewise with thorns and trash.  Thorns are not part of the shortcomings of roses, they are part that make roses perfect.  Trash on this day can be a beautiful flower on another day.  In other words, on a deeper level, Galungan is the victory of Light against darkness.  But it is actually a human encounter with the wholeness within.

And this is not without evidence.  Pay attention to the janur (young coconut leaves) hanging in front of the house on the day of Galungan to Kuningan.  On Galungan day, the shape is similar to Linggam (masculine energy).  Upon entering the day of Kuningan, its shape is the same as Mandala (perfection).  Which is perfectly circular in shape resembling the sun, moon and earth.

The invitation then to all close friends, the world has turned into a global village, Bali is an international area which is very famous in the world.  In order to keep pace with the times, let us guide ourselves with a fuller understanding of victory.  Especially so that all friends can grow beautifully. Happy Galungan to all close friends.

Photo by Irfan Maulidi on unsplash