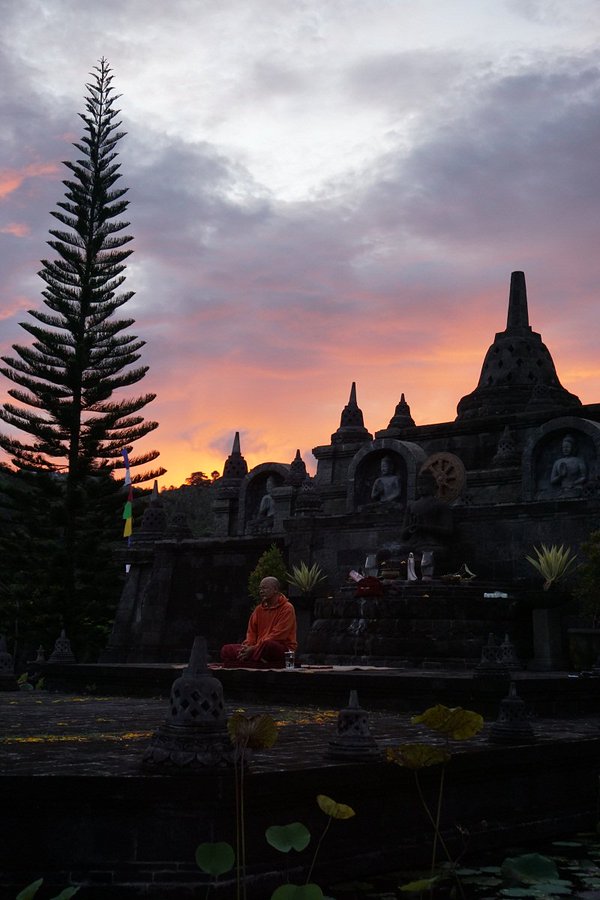 In an age when there was Buddha and Avatar, there were a number of spiritual teachers who experienced spiritual down fall by reincarnating in the hell realm. It is unimaginable, what happened in the other time and the other place. And after learning from the experience of spiritual groups in the West which collapsed, there are some critical points that make spiritual families collapse.

In line with the spiritual growth of a teacher, many students usually come and pay some respect. Some of them even kiss the feet, praise the teacher, some others are donating goods and money. Without deep practice of mindfulness, these various forms of respect can easily increase the ego of the master significantly. And that’s the important seed of spiritual down fall.

The growing ego in the heart of a master will then invite many strange followers. As far as it can be observed in the West, many spiritual families collapsed because of sex and money. In the story of spiritual groups who have a lot of money and abundance of followers, they eventually break up, there was even dangerous parties of drugs.

The spiritual group who was led by George Gurdjieff in France can be classified as a rare spiritual community. The spiritually family which was guided by J. Krisnamurti was even rarer. And those spiritual families in the West who collapsed, they lose the chance of sharing light to the world. Most of their teachers even experienced a number of accidents which are not worth telling in the public spaces.

That is the reason why, there was a rich spiritual friend from Jakarta, there was also a rich spiritual seeker from a European country, both of them have a noble intention to establish an Ashram or meditation center for the spiritual family of Compassion in Bali. But we politely said no to their proposal. Especially because of the new buildings which would require a lot of maintenance. This will inevitably forces us to collect money from the students.

To be honest, the spiritual family of Compassion do not have any building. We even don’t have any petty cash money. Especially because all the donations from our students are entirely donated to the Buddhist monastery where we have shared the teachings for years. There are negative sides of course and some of our spiritual friends get disappointed in this regard.

All of those decisions were made not because they committed mistakes, not because we are arrogant, but because we want to learn from one of the British influential thinkers in the 1980s (EF Schumacher), who wrote the beautiful book “Small Is Beautiful”. Once upon a time, Mahatma Gandhi traveled using the third class train in India. When his students asked why, the last holy soul answered: “because there is no fourth class.” There is a beautiful and profound spiritual message behind this event: “simplicity is the warmest blanket for the soul”. As the message that often delivered in the full moon night, at the end of meditation sessions, please help the spiritual family of Compassion to share light longer, not by giving us money, but by letting us grow in simplicity and sincerity.

“The hollow of emptiness
inside a bamboo shows that
there is nothing left at the end,
but emptiness”