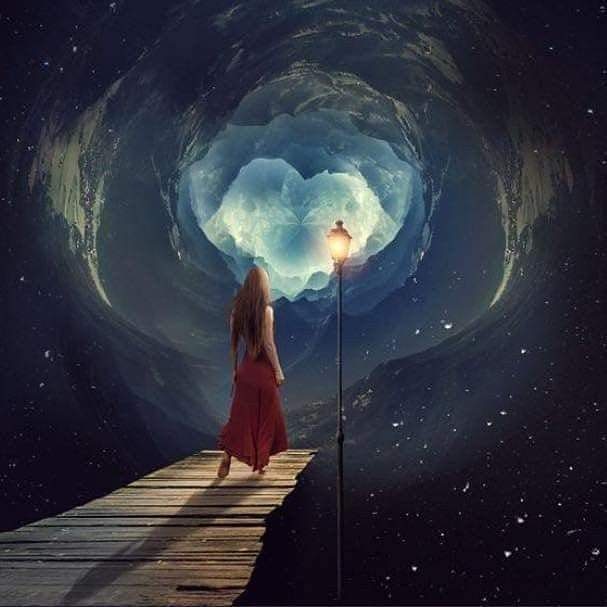 It’s hard to deny, in 2020 towards 2021 the earth is covered with a lot of fear energy.  And the deepest root of all fear is the fear of death.  For this reason, at the end of 2020, towards 2021 it is good to reflect on death. The main reason is not to frighten people, but to help make the earth more harmonious.

Especially because once the deep root of fear called death is deeply understood, the fear will weakens its grip.  Friends who have watched the Flat Line film on HBO know that for ordinary people whose minds are not touched by meditation at all, at death time they will be chased by guilt.  That is why, the earlier the friends heal the guilt the better.

That is the reason in the meditation guidance session, friends are invited to learn to forgive.  And in this cycle of time, forgiveness is the medicine that heals a great many physical, mental and spiritual ailments.  For friends who do not understand this issue, it is advisable to watch meditation guidance videos both on Guruji YouTube and on FB.

On the earth’s roof of Tibet, where there is Mount Kailash (the headwaters of many holy rivers, and the highest home of Shiva on earth) there was a teaching that wrote about death.  It descended through a highly respected Grand Master named Lama Padmasambawa.  He is the son of a king who refuses to be king.  When leaving Tibet disappears in the West riding the light of the sun.

To keep the story short but concise, there are several types of death.  First, those who committed suicide.  According to this teaching, without a long process this kind of person will born into the hungry ghost realm.  Because of committing a dangerous mistake to the body which contains many gems in nature.  Second, those who dies because of an accident is encouraged to immediately make offering all of the things that he/she has.

From his wealth to his good deeds to whom so ever subject he/she worshipped.  We will discussed more about humans who die normally.  When a person dies, the first part of the body that disappears is the earth element.  It is characterized by a feeling of lightness within.  Light as cotton.  Between the loss of the earth element and the water element, people die seeing mirages.  Like water on asphalt during the day.

When the water element disappears, the body that is about to die feels thirsty.  That’s why many people who are ready to die asking for water.  Between the loss of water and fire, someone saw a torch.  When the fire element disappears, there is a movement of heat in the body.  If a person is about to be born in the lower realm, the heat moves downward.  If you will be born in a higher nature, the heat will go from bottom to top.

Between the loss of fire and air, those who are ready to die will see fireflies.  The last part is the loss of the air element.  It is indicated by the outward breath that is fixed in length, but the in-breath is getting shorter and shorter.  Until the last one is gone.  At such times, Father’s white light appeared from above, Mother’s red light appeared from below.  The two of them met at the center of the heart.

If one practice this often and is blessed, at such times one can experience spiritual attainment.  If not, the journey continues on to the bardo realm (the realm between death and subsequent birth).  For the beginner’s knowledge, in the realm of bardo it is advisable to call the name of the Guru.  In Hinduism the Guru is Shivaji by reciting the mantra Om Namah Shivaya.  In Mahayana Buddhism it is advisable to call Amitaba Buddha.

So, by Buddha Amitaba, the worshiper is saved to be reborn in a holy land in the West called the holy land of Sukawati.  For the practitioner of deep meditation, it is advisable to enter the Rigpa state (there is nothing negative to be thrown away, nothing positive to be grasp).  Whatever arises in the bardo realm, be aware that everything just arises and disappears.

When it doesn’t work in the bardo realm, one will be picked up by some kind of Light.  For those who are not equipped with sacred teachings, they will naturally be attracted by their respective karmas.  For friends who are equipped with sacred Tantric teachings, it is advisable to follow the blue light that brings a person into human rebirth (the most radiant body in this world).

Once the time is right, this person will meet his/her future father and mother who are making love.  If he/she are going to be born as a daughter, he/she will aroused by the future father.  When he/she is about to be born as a son, he/she is aroused by the future mother.  If someone’s spiritual practice in this life is very strong, they can restrain the sexual desire that arises.  So it can close the door of birth.

If not, he/she will enter the mother’s womb and become a human.  In order to become a more radiant human being, before entering the mother’s womb meditate on the sacred teachings of Bodhichitta.  All beings have been our mothers.  The last mother was suffering in the realm of samsara.  Be born into this realm of samsara with the noble intention to ease the burden of suffering of all beings.

That is for ordinary people, for the great souls (in Hinduism it is called Vyuthana, in Buddhism it is called Bodhisattva), they had vowed to keep being reborn until this realm of samsara is empty one day.  The entry steps are also similar.  Before entering the womb, deeply contemplates the sacred teachings of Bodhichitta.  So that he/she will be born to be a Guru who brings Light to all beings.

Hopefully this article can become a light for all friends in entering the year 2021. May all beings be happy.  Free from any suffering.