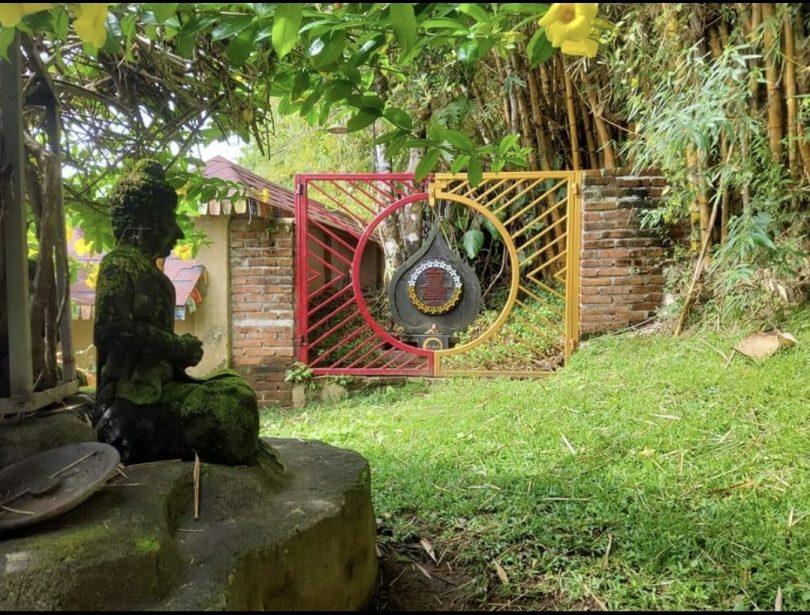 The Balinese have an old tradition that deserves to be deeply respected. Every time the Balinese want to learn deeply from a Guru, someone always asks about soroh.

It is sometimes called ancestral genealogy. The close disciples were all reluctant to ask this question. But in the nightlife someone asked, by the spirit inside answered: “Arya”.

And indeed in the old Merajan Temple where Guruji was born there is an “Arya” sign. By throwing the frame low and high, from a young age the meaning of this word Arya has been sought.

It turns out that the name of the tribe who came from the North (Uttara Kuru) and then studied the Vedas in the Hindus valley in the Himalayas was the Aryan tribe.

After further investigation, Arya means humans who are not interested in anything. Only interested in learning chastity. It is possible that what the Aryans did in the valley of the Hindus was only to study the Vedas.

Veda itself means knowledge. Which can be interpreted in various ways. It is clear that there are various motives for people to learn knowledge.

And the motive (intention) determines the direction of the trip later. Often shared with close friends, sacred teachings are here to purify oneself and glorify others.

That’s why we never argue, let alone fight. Once there are people whose differences are too far apart, without calling them wrong, we usually give in and walk away.

Mainly because not all animals understand the beauty of flowers. Not all humans are interested in learning about holiness.

The path taken, the worm is indeed in the dirty mud, but he has a sacred mission on earth to make the soil fertile. Likewise with people who are not interested in learning about chastity.

Just like studying in college, the depth of a person grows depends on his own intelligence. Likewise with the world of holiness.

There are people who use chastity to attack (demean) others. Without intending to call it negative, we don’t take that path.

On the path that we take, we often hear messages like this: “Keep growing until you understand that ignorance and intelligence are one”.

Grow until you understand through your own personal attainment, it turns out that ignorance (avidya) and intelligence (vidya) are no longer two.

In the language of modern science: “Everything is a verb”. All are growing. Garbage becomes a beautiful flower, people who at first do not know will slowly gain their knowledge later.

It was teachings like these that in the 8th and 9th centuries were rescued from India, brought to the roof of the Tibetan earth by a number of great Masters such as Venerable Lama Padmasambhava.

That’s why the Tibetans call India as the Land of Aryas (the holy land of the Aryas). A place where sacred teachings were once studied, embodied and taught.

If in Tibet a teaching like this is given the name Rigpa, Balinese elders call it Embang, using it as a guide to decide the new year as Nyepi day.

The great poet Michael Naimi wrote: “Words are a stick for a crippled soul, but a heavy burden to a soul that has flown.”

In the world of Tao, the Tao that can be explained is not the Tao. There is also a message like this: “Labeling and naming are the mother of all darkness”.

Photo: One of the corners of the Ashram where Guruji lives in the hills in North Bali. Small writing in the distance contains 11 meanings of Genta