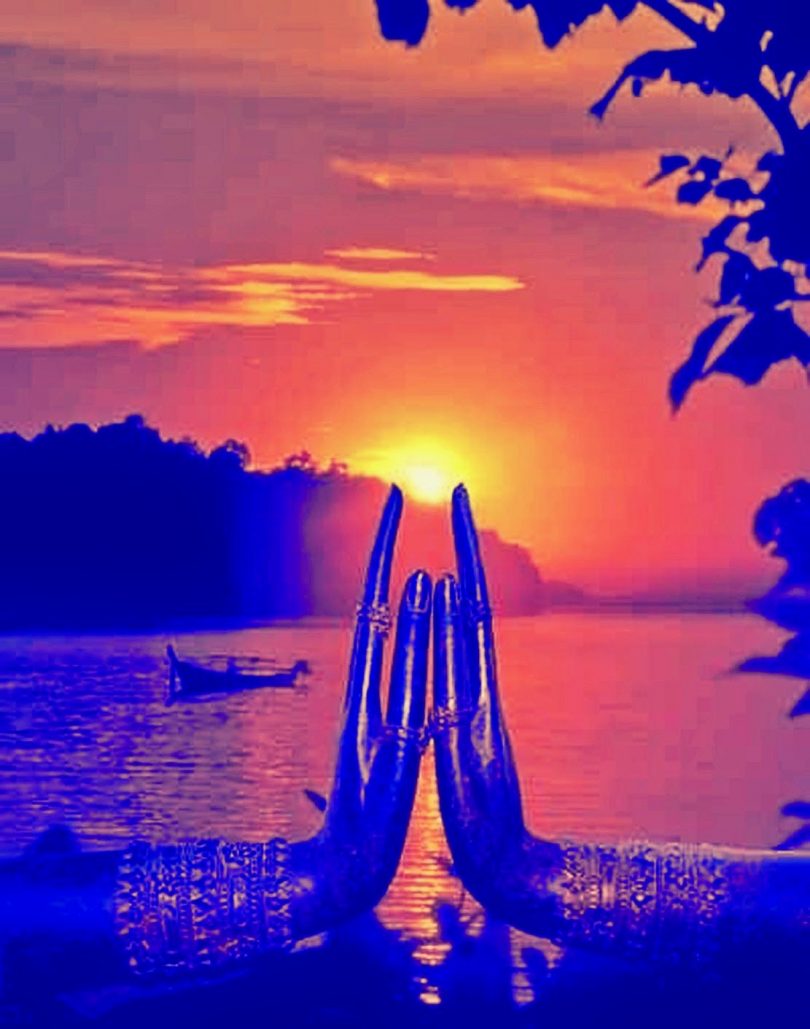 When Nelson Mandela passed away in early December 2013, many beautiful souls were deeply sad. A famous spiritual teacher from London sent an e-mail, she felt there was a great light suddenly disappeared, a great light of peace.

When Nelson Mandela passed away in early December 2013, many beautiful souls were deeply sad. A famous spiritual teacher from London sent an e-mail, she felt there was a great light suddenly disappeared, a great light of peace.

Forgiveness
In the middle of dry and stuffy environment which is full of hate, anger and revenge, one of the rare spiritual treasure in this age is forgiveness. Violence, conflict, divorce are only part of the evidence. But in the midst of this scarcity, Nelson Mandela could easily forgive the people who harmed him.

Imagine if you were put in prison for 27 years. While in the prison the treatments were terribly bad and sad. Many times Nelson Mandela even almost lost his life. It is unimaginable the soul wounds deep within, if we ourselves experience such painful experience. But as reported by a number of former guards while in prison, how many times guards were replaced, Nelson Mandela could soften their heart.

Most remarkably, when the white regime in South Africa ended, then Nelson Mandela led the new government, there were no signs of resentment and retaliation there. Only a beautiful soul could have such beautiful exemplary.

But as if the South African clearly understands the logic of psychological healing, after a period of heavy forgiveness, then began the next step of curing through acceptance. Wound here and there were accepted as they are. In the language of leadership, focus the energy to move forward rather than blame the past.

And the results are obvious, not only the one who forgive and forgiven were saved, even a nation were also saved. That’s why when the World Cup took place in South Africa in 2010, there was a journalist who concluded as follows: “Spain may bring home the World Cup trophy, but the real winner was Nelson Mandela”. Especially because the world media’s attention were more focused on Nelson Mandela rather than foot ball.

Treasure of Peace
There are many ways how the history share story. One of the way is through the birth of public figures. And the birth of Nelson Mandela clearly shared the story how the world deeply miss the spirit of peace. In this age, do not talk about political power, even religion is used as vehicle of violence.

For that reason, it is understandable that spiritual tourism increase rapidly, spiritual seekers increase significantly. There is no other reason, simply a starving of peace. And the presence of light like Nelson Mandela is like finger pointing the journey. The seed of peace is forgiveness, the water that we pour to the seed is acceptance, then the blossoming flower is selfless service. That is the peace heritage which is left by the late Nelson Mandela.

Mother Teresa was also light of peace that ever pointing the journey. When she was asked about how can we contribute to the world peace, she simply whispered: “go back home, love your family”. Death can take the body of Nelson Mandela, Mother Teresa, Mahatma Gandhi, but death can not take the light of peace. Through forgiveness, acceptance, selfless service we can preserve the light of peace here in this planet.