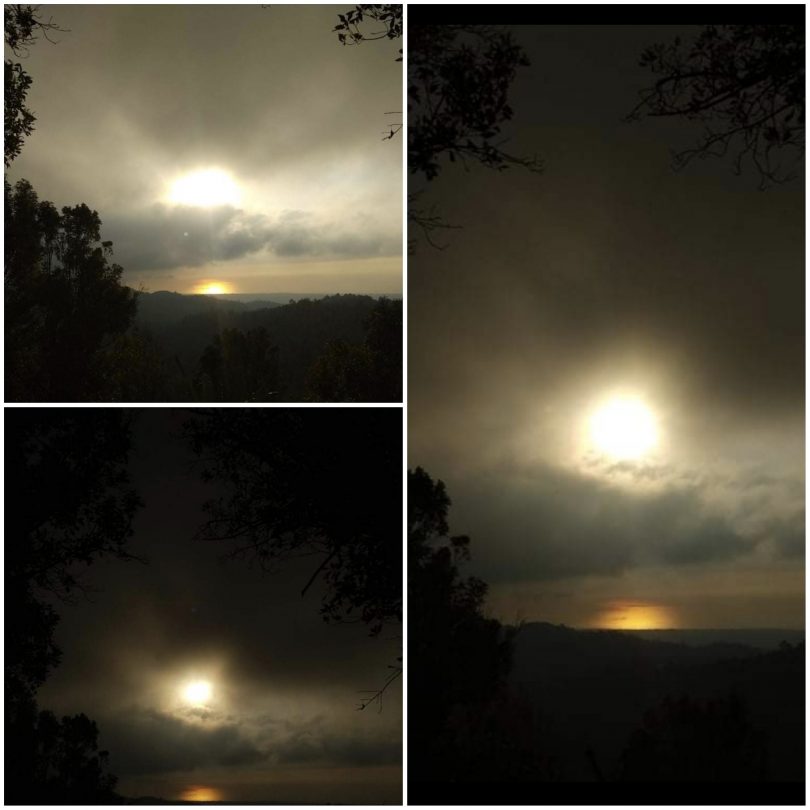 Around the 12th century, there was a touching incident on the island of love Bali, where a king named Mayadenawa, who embraced Mahayana Buddhism, was murdered tragically.  As far as one can read from history, the most important reason why King Mayadenawa was killed at that time was because he was called an atheist.  And in those days, atheism was synonymous with not believing in God, full of evil and other non-positive attributes.  In fact, in our time there are many atheists who also have beautiful hearts.  In the West it is called an atheist with good intentions.  This touching incident occurred when the earth’s population was still far less than it is now, life was still not as complicated as it is now, mother earth was not as open and transparent as it is now.  It is unimaginable what would happen to ordinary Buddhists if they misrepresent the teachings of anatta (non-self).  In order to help our friends to be healthy and safe, on this Holy Vesak Day in 2021, it is better to reinterpret in a clearer and clean way, how the sacred Buddhist books view the concept of God.

At the Hinayana and Mahayana level in particular, seekers of Light are indeed opened to doors through the teachings of anatta (simply means non-self).  Sadly, some few people misled the meaning of anatta as a view that do not believe in God.  An interpretation that is way too simple, at the same time can open a very dangerous door.  Especially in this era.  For the benefit of the general public, Buddhists people did not spend a lot of energy looking for the God on the outside.  But spend almost all energy to find the God within.  One of the many quoted Buddhist teachings is called the Brahma Vihara which contains four pillars.  Namely metta (love), karuna (compassion, deeper compassion because you are willing to suffer to make others happy), muditta (happy to see other people happy), upheksa (calm-balance in viewing everything that happens in life).  And as we know, beautiful characteristics like this are recognized by almost all religions as the beautiful characteristics of God.  In other words, it is incorrect to assume that Buddhism does not believe in God.  Or even more, by spreading evil words saying that they don’t believe in God.  Again that is not correct.

One of the Great Teacher who was born here on earth is HH Lama Padmasambava.  People have burned him three times, and on all three occasions the fire turned into a cool pond filled with Beautiful Lotus flowers.  And he sits calmly on the top of Lotus flower as it was said.  When asked by one of his consorts what is the different between Buddhas from the ordinary man, the answer is simple but very profound: “People who do not embody wisdom and compassion are ordinary people.  Those who embodies wisdom and compassion, that is Buddha ”.  There is no crime there.  There is no anti-God sense there.  Wisdom views them all as the dances of the same perfection.  Quantum physics calls this the quantum field.  HH Thich Nhat Hanh called it “interbeing”.  The great physicist Dr.  Fritjof Capra called it the hidden connection.  Social anthropologist Gregory Bateson calls it the pattern that connects.  As the natural nature of water which is wet, the natural nature of flowers that is beautiful, the natural nature of wisdom is full of compassion.  Compassion is not a commandment, it has nothing to do with hell or heaven, it becomes a person’s natural nature.  As natural as a big tree that cools the surrounding environment.

At the Hinayana level they called their Guru as kalyana mitra (equal partner), at the Tantrayana level the Guru appears with a different kind of face.  In the story of Naropa who studied from Tilopa, Milarepa, who was saved by his Guru Marpa, applies a message like this: “Sacred teachings are like sunlight, suffering is like a dry leaves.  Devotion to the true Guru is a magnifying glass placed between the two.”  In the story of HH Lama Padmasambava, the value of a Guru is even higher.  Especially since he was never heard of dying.  When leaving Tibet riding the sunlight towards the West.  In short, there are secret Guru at the Tantrayana level.  As a traveller on the Shiva-Buddha path, and have practicing deeply the Buddha’s Tantrayana teachings for more than 10 years, and no longer be young at age, it should be shared that a secret Guru truely exists.  By apologizing profusely to the secret Guru, that often appears with a face that surpasses all human thoughts.  For the sake of enlightening the world – not for increasing the ego – shared with with a beautiful intentions to teach the general public in this forum, when the spiritual journey is very dangerous, the secret Guru appears in his face as a guardian angel.  When life slumps into the abyss, the secret Guru appears in the form of a holy hand that rises us up.  When it hurt so badly inside, the secret Guru appeared as a healer.  Complete with the information about the correct medicine.

When doubts arise in the mind, the Father of heaven often endows countless Light and rainbows, sometimes Mother Earth gives signs through minor earthquakes.  Whenever they want to share the Light with the world, the secret Guru is present in the form of a water source of knowledge that never dries up.  There is knowledge that can be shared every day, many times, over the years, without ever having a day off.  Sometimes the secret Guru was heard in the form of a sacred bell (Genta).  This sound of the Genta guides to transcend the state with the sign (nimitta) and the state without the sign (animitta).  As well as reminding us to always sit on the nimitta and animitta accompanied by a beautiful smile. It is not much different from parents who long for their children to come back home soon, Genta’s voice also contains a longing for souls to return to the home of peace.  That’s why energy researchers say, peace is the highest energy vibration in nature.  That is also why, every day the Compassion family shares the energy of peace in this realm.  In theistic religions where the center of the search is God, it is these secret signs that are often given the name God.

In other words, whether what is written by holy books, experiences shared by holy souls, or even personal experiences, Buddhism is far from the shadow that some number of people call it atheists.  Or even calls them anti-God. Or even more spreading evil.  Again, far from that kind of image.  Stories like these are shared with the public, not only so that the public has a more complete understanding of Buddhism, but also to save Buddhists from any possible harm.  That is also why, in the Compassion family no one is allowed to change their religion.  None.  If anyone asks permission to convert to Buddhism in particular, they are always returned to the religion in which he/she was born to.  While being given a message, changing religions is not the answer, changing from an angry heart to a generous heart is the correct answer.  A number of foreign friends in Bali sometimes ask questions about Guruji’s religion, was always answered with an answer like this: “I was born in Hinduism, I was deeply trained in Tantric Buddhism, but I do not teach Hinduism or Buddhism.  I teach loving-kindness and compassion”.  The spirit of the story is simple, when sharing kindness to restless souls in particular, it is a series of true daily life example that on this earth there is still lived a beautiful Light.

God that reside inside

By respecting the sacred teachings that have been passed down through the holy souls in the previous cycle of time, in this cycle of time the signs are very bright, humans are being guided to find God that reside within.  The long pandemic due to the global corona virus, some even predict that this will become a permanent pandemic, through social distancing it brings a clean and clear message: “Learn to immediately find the God within”.  Without finding the God within, this cycle of time not only contains many dangers, but also shared a very poor shade of Light.  Because mankind is being led to do almost everything via the internet, they immediately need learning to balance the internet with inner net (the network that is inside).  Once the inner network is identified – one of which is through meditation – then bad news outside is not easy to collude with bad news inside (read: doubt, fear, panic).  That can result to the darkness outside gaving birth to the darkness inside.  On the contrary, by learning meditation, the darkness outside can give birth to Light within.

In the Beautiful language of the famous psychologist Carl G. Jung, he who is hungry looking for the answers outside is actually a  sleeping soul.  He who finds it within is the awakened soul (awake).  It is no coincidence that Balinese elders named one of the sacred holy places in Bali with Pura Dalem (Inner Temple).  Borrowing the old poem of mystic Sufi Jalaludin Rumi: “For years, I had knock on your door.  It’s been a long time since it’s opened.  When the door opened, it turned out that I had been knocking on it from the inside ”.  As a provision to do in your daily life, on the outside learn to become Hinayana students who are well guided by ethics and manners.  At least keep away from hurting any sentient beings.  In the inside learn to become a Mahayana disciple.  Treat all creatures with compassion.  At the right time, and whenever you have a strong healthy body, brave yourself to bare some suffering for the happiness of others.  In a secret place and time, it is permissible to practice Tantra teachings.  Along the way, embrace yourself with deep gratitude.  Deep gratitude is a personal encounter with the God within.

Happy Vesak Holy Day.  May all beings be happy.

Photo caption: A few days before the holy Vesak day in 2021, a spiritual Compassion family placed beautiful offerings at the gate of the Avalokiteshvara Ashram where Guruji lives in North Bali.  After passing just a little above the Ashram, this friend saw a super beautiful Light in the East.  This image only represents less than 50% of the beauty of the Light that appeared at that time.  On the Shiva-Buddha path, white represents Shiva, and golden yellow represents Buddha. 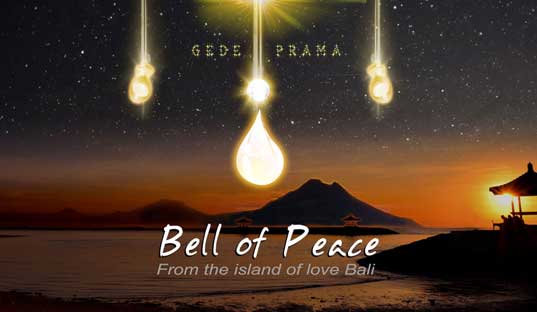