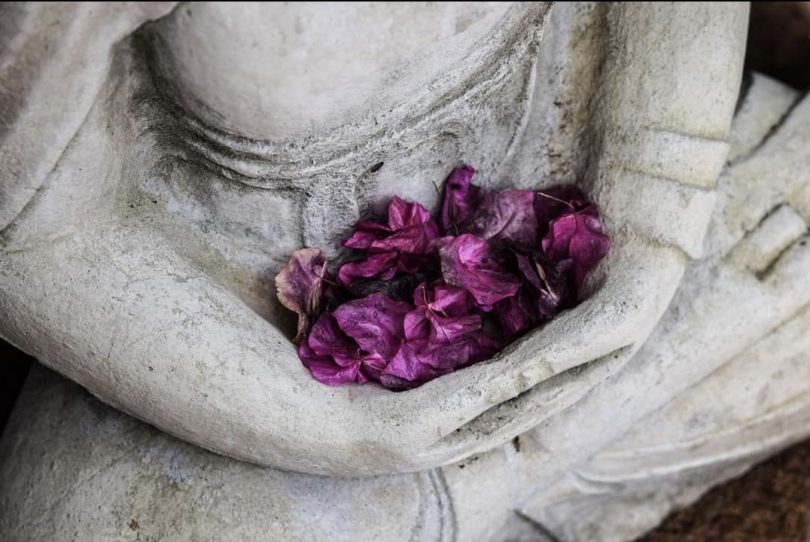 Happiness has become the most sought-after spiritual nutrition.  I don’t know how much money mankind uses just to make himself happy.  The United Nations (UN) even ranks the most happiest countries every year.  Buthan since 1972 has left the amount of goods produced (GNP) as the measurement of the country’s success.

They then replace it with a measurement of happiness.  However, there is no final agreement on what happiness actually is.  Friends may have another understanding, from another source.  Once again, you can.  Based on Guruji’s experience in meditating almost every morning at the Ashram, share the face of happiness that friends could contemplate.

In a cycle of time when there is no response at all from the outside, there the mind gives birth to feelings of flatness, boredom, sometimes bad mood.  Anger as an energy that is hated by almost everyone is often born in point number 2 and 3 (negative external response, or no response at all).  What people can rarely reach is the fourth point (4).

In Eastern philosophy it is called Nirvikalpa Samadhi.  One is neither touched by point number 1 (there is a pleasant response from the outside), nor touched by point number 2 and 3. What remains is only being a beautiful witness.  The symbols in the immediate realm in this case are space and sky.  Just as space and sky that can make room for anything, so is Nirvikalpa Samadhi.

It is this kind of happiness that no one can steal and nothing can steal.  In the language of neuro-science (human brain), a person enters the gamma brain waves.  It is deeper than deep sleep (deep sleep, delta sleep).  It is impossible to tell the beauty of flowers to someone who has never seen flowers, so is Nirvikalpa Samadhi.

It is impossible to tell about Nirvikalpa Samadhi to people who have never touched the point number 4. Or even to those who are often drown in point number 2 and 3. It is similar to sharing the taste of bananas to people who have never eaten bananas.  It is soft like butter, but sweet like sugar.  So, banana is the same as butter mix with sugar?  Of course it is not.

That is why the ancient Great souls often rested in Nirvikalpa Samadhi, preferring to be tranquil and silent.  Not only your words can be prone to being misunderstood, but it can be very polluting too.  It is no coincidence that Balinese elders gave the point number 4 to the head of the island of Bali (North Bali).  In ancient India, North India was called Uttara Kuru (Great place of peace and harmony).

It is the great place for peace and harmony.  To be reflected then, especially for friends in Bali who are sad because many things that happens recently, when  the tourism is at it peak, even more so, Bali is called the most beautiful island in the world, Balinese enters position number 1. When tourists do not come, many jobs disappear everywhere in Bali and even the religion of the elders is being insulted by other people, Balinese enter the point number 2.

Once arrive here, there are no external events and outsiders who can steal the happiness inside.  Happiness becomes something natural.  As natural as water that is wet.  As natural as flower which is beautiful.  Who can separate water with its natural nature that is wet.  Who can separate flowers with it natural beauty.  That is the true deeper happiness (read: Nirvikalpa Samadhi, Uttara Kuru).

Photo by Chris Ensey on unsplash

“strongly believe that everything flows in the same cycle of perfection”