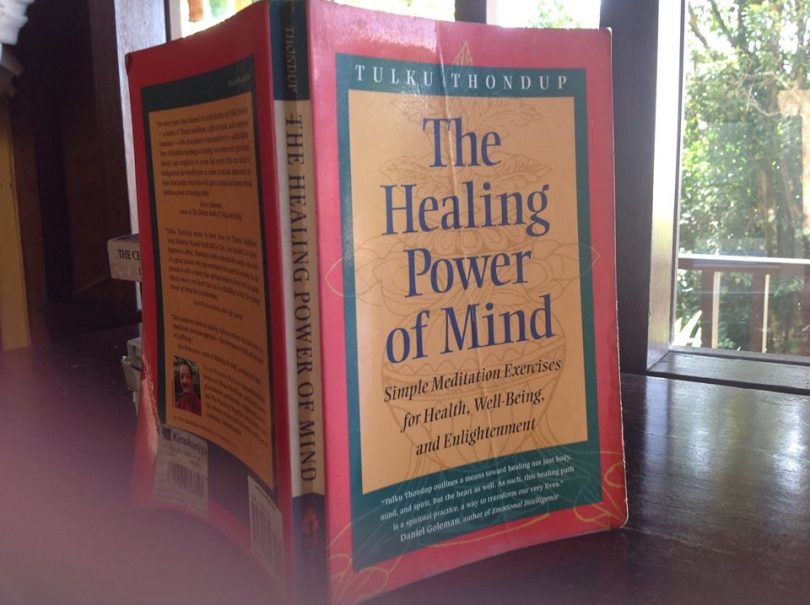 From where shall the steps of soul healing begin?, that is the question of many people. In the world of physical healing (biologically), there is an old prescription, which states that food is a very powerful medicine. Similar thing also happens in the world of soul healing, the food of thought has a great impact in the process of soul healing. The environment that poisoning the mind is the main reason behind the increased number of anxious and restless souls here and there. The content of social media, TV, radio, printed media, mostly contains news that incite anger and hatred. Too few souls in this era that can be like a Lotus flower. Growing in the mud, yet stay uncontaminated by its dirt. Hence, it is very crucial to keep the clarity of the mind from a toxic environment that is full of hatred nowadays.

In the path of Tantra, there is a well-known old wisdom that says: “The mind that bind is the mind that set you free”. The mind that bind you in the painful realm of Samsara is exactly the same mind that can lead you to the peaceful realm of Nirvana. In another way of saying, though the mind can imprison, yet it might also lead you to the realm of Light. Depending on how someone trains his mind for decades. Regarding this subject, a beautiful book “The Healing Power of Mind” written by a Tibetan holy man, Tulku Thondup, is very helpful. The first step that Tulku Thondup offered on the road of soul healing is simple yet beautiful: “Once you can be accepting without blaming, then, there will be a turning point in the path of soul healing”. And that is exactly where the long journey of soul healing begins. As a reflection, even the Avatars (the reincarnation of God) need mistakes as a chance to grow. Lord Rama was once shot an arrow to Subali’s foot during his childhood, Prince Siddharta ran away from his wife and father without any excuses in one early morning.

Having this knowledge, free your mind from any forms of guilt from the past, train yourself to deeply explore the natural nature of the mind. Any friends who spent plenty of time in the tranquility of solitude understand that whenever there is a praise, the mind will be shifting up with excitement, and then will be shifting down accompanied by sadness in times of troubles. And when neither of both exist, the mind will become flat with boredom. Many people are having a sick mind as of rejecting sadness, yet clinging to happiness. Or looking for some sorts of entertainment when visited by boredom. In fact, sadness, boredom, happiness, are similar to clouds.

It can neither be declined nor grasped. In the path of healing named meditation, one is only being asked to be a compassionate witness. Similar to a grandfather who watched his grandchildren running around from afar. Anyone who has the perseverance to sincerely practice this way for decades would then gain an understanding thru a self-achievement – not only knowing by words – of the natural nature of the mind. This kind of attainment in Tantra is called: “Knowing one thing, liberating everything”. As a conclusion, train yourself to be passive against the forms of thoughts and feelings such as wrong, right, bad, good, sad, bored, happy. See both thoughts and feelings as flowing water in the river. You are just a witness standing by the river. In time when you are blessed, the soul shall be healed and whole (read: experiencing oneness).

“forgiving
does not change the past,
but will definitely change
the present and the future.”