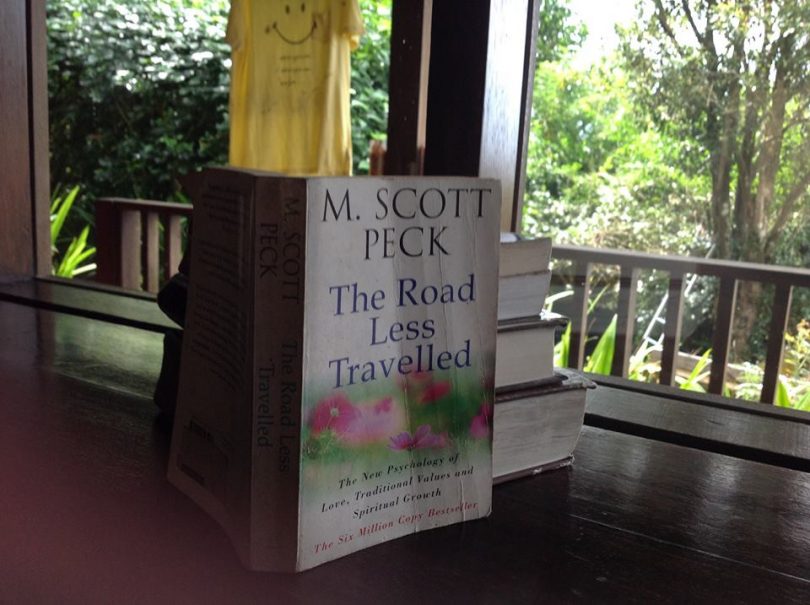 Dark and dreary, that is the aura of the earth these days. The US with the drama of Donald Trump is just the tip of the iceberg. Underneath the surface, things are even more scary. However, just as darkness makes Light radiates even brighter, it is the aura of the earth nowadays that invites plenty of luminous souls to share more balancing energy. A dry garden needs water. Thin trees need fertilizer. So does the dark and stressful situation of the world today, which needs a sparkle of beautiful Light. It is in this regard that the book “The Road Less Traveled: The New Psychology of Love, Traditional Values ​​and Spiritual Growth” could be used as a reference. The book is written by M. Scott Peck, an experienced psychiatrist from Harvard that has enlightened the souls of many.

After spending most of his time as a well-experienced healer, Scott Speck came to a simple conclusion, nearly all the restless and anxious souls speak in the same language as the following: “I should have been like this. I should have done that”. These findings implicitly shows that those restless souls are in fact rejecting their past. Seeing the past as an unforgivable mistake. Consequently, they became the prisoners of their own minds. Even then carrying that prison wherever they go. Before the darkness of this world is making your soul getting even darker, let’s start learning to free the self from the prisons of the mind. In the world of geography, the shape of a region configures the formation of a map. However, in the world of soul healing, it is the map that determines the shape of a region. In short, learn to discard a childish perspective that only desiring for excitement. You are no longer growing as children, instead, you are growing into becoming a mature adult. In the same time, also being in the preparation of becoming a luminous soul. Therefore, meet and face every problems that come. Treat trials, temptations, challenges as the guiding hands of the Guru. This is what is meant by removing the map of childhood, and start seeing life with the map of soul whom ready to grow into becoming a luminous soul.

In the language of Scott Peck, one of the signs of a soul that begins to mature, furthermore the luminous ones, problem is start being seen not as a deadly toxin, yet as a nutrition for growth. Anyone who has the perseverance and sincerity in this path will, one day, be able to find something greater than just a self-righteousness, experience something more majestic than merely a feeling of happiness. This kind of person is occasionally called as the blooming soul. In Zen, called as satori. In Buddhism, named as Nirvana. The Hindus called it Nirvikalpa Samadhi. The Balinese elders named it Meshivaraga. It simply symbolizes a person who begin to leave the perspective of a child that only desiring for excitement. To then grow beautifully in the midst of difficulties and trials. It resembles the strong gust of wind that strikes and flies a kite. It is similar to the burning hot sun that makes a flower bloom. For those who have beautifully bloom, nothing is left behind but a soul that longing to always share the Light. At this very point, the dark and dreary world is no longer threatening, yet giving such a wonderful opportunity to emit a beautiful Light. This specific noble purpose is what those luminous souls are faithfully living for. Welcome home, beautiful souls.