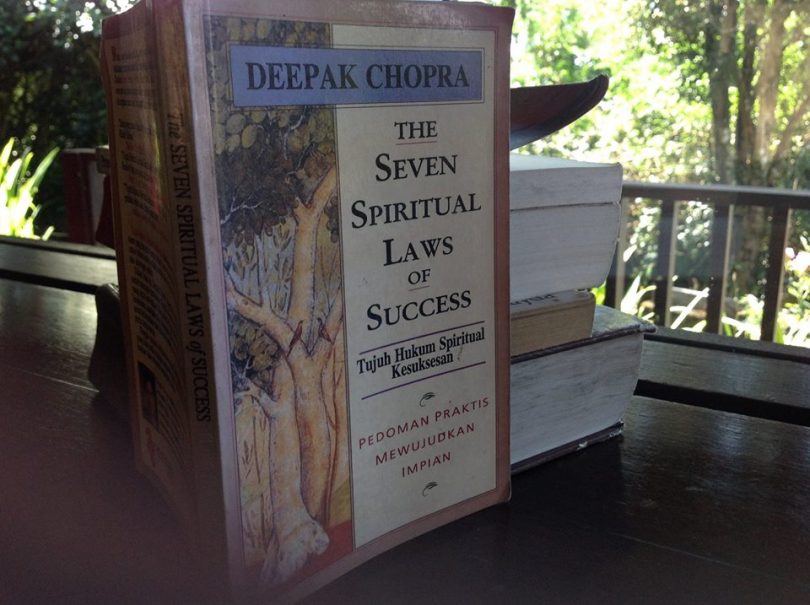 Success is the beautiful Light sought by the majority of people. Nearly all of the human energy is aimed to discover this Light. From school students to troubled parents, from the wounded souls to the wealthy entrepreneurs, almost everyone is longing for the title of success. Despite the definition of success that evolves concurrently with the growth of the soul, there are still plenty of seekers whose craving for the Light of success. Therefore, any kind of books, CDs, VCDs, DVDs, films that telling the stories of success are almost always sold out, bought by those with a deep sense of thirst. From the most superficial meaning of success such as living in the abundance of money and praise, to a more profound definition of success in the form of enlightenment, everything is being absorbed like hotcakes by the community. And the book “The Seven Spiritual Laws of Success” written by Deepak Chopra belongs to the group with a rather profound definition of success.

In the world of deep spirituality, this message has been long heard: “The King of all knowledge is the knowledge of the self”. Without having this kind of knowledge, all directions would only be showing a wrong direction. Having no money makes people worry, yet having money also makes people become restless. Having no school diploma makes life difficult, yet having a diploma is also complicated. This is the kind of man who does not know himself, and has the potential of entering an abyss. Thus, it is easily understood, when this Indian-born medical doctor calls the “law of true potentiality” as the first law. It resembles a compass that shows the direction of the journey. Once the compass is on hand, finding a beautiful direction will be much easier. In another way of saying, lessen the excessive desire to imitate others, ignore the competitive energy that intriguing you to compete with others excessively. Then recognize the true potential of the self that secretly hidden behind plenty of things. From childhood dreams, the experiences in the earlier days as a child, to something reassuring along the way. Some friends even find the call of their true potential behind an attacking disease. Heart disease carries a sign of the importance of love. Liver disease (hepatitis) carries a spiritual message on the importance of having a beautiful heart. Respiratory diseases give a wake-up call for an immediate connection with the self.

Having this knowledge of the self, one will eventually become like a frangipani that finds the dry land, and a lotus that finds the wet mud. This small effort, combined with lots of sincerity, will make life blossom beautifully. For any friends with a deep sense of spirituality, furthermore, for those whose blessed with a sign to share Light, this book is worth reading. Note on what is wrote by the medical doctor whose often combining modern medicine with ayurvedic tradition: “Success is the perception of divinity wherever we go. In whatever we perceive – in the innocent eyes of a child, in the beauty of a flower – everything becomes an experience of success”. A series of notions about success that only suitable for the mature and luminous souls. In conclusion, you may keep seeking for the Light of success as far away as possible. Yet, be mentally prepared to find the potential of your true calling since the very beginning. Once it is found, flourish yourself as beautiful as possible, and always remember, fish swims in the water, bird flies in the air. They are both different, yet, they are happy as they way they are.