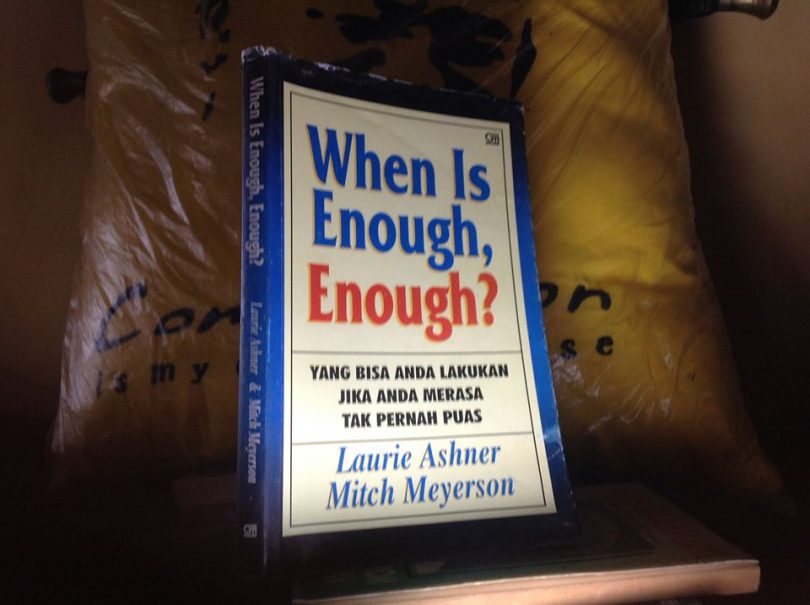 What is the reality behind an anarchist human behavior?, that is the question of many people since a long time ago. Some relate it to religion, some relate it to trauma, while some other is associating it with the souls that poor in light. You might also include another kind of list there.
However, after having encountered thousands of friends suffering from various different diseases, thousands of teenagers whom having the potential to be an anarchist, there comes the flash of light of understanding, which explains that apparently the feeling of inadequate is the decisive force behind an anarchist behaviour. This feeling of inadequacy is the one that urges teenagers to find a lover, adults to find a life partner, and even a married person to have an affair.
Let alone the poor, even the very wealthy ones still far from feeling adequate.

This kind of environment is even being aggravated by the temptation of daily ads. All of those ads tease with the similar message: “You will live a happier life by having our latest product/service”. There is a finding in the West where consumerism has grown much earlier, which is very touching: “While people in developing countries cannot eat because they have no money, in the developed countries, the number of people who cannot eat is significantly increased from time to time, obviously not as a result of having no money, but because they are living in fear”. In this point, the world need the presence of spiritual heroes like Laurie Ashner and Mitch Meyerson who wrote a beautiful book “When Is Enough, Enough?”. When will enough feel enough? A big question that is very difficult to answer.

As a starting point for action, look at one of Ashner and Meyerson’s findings: “When we suppress our painful feelings, we lose our happy feelings, too”.
Friends who studied psychology understand, the pile of feelings that being repressed since childhood is the one that haunts someone like a shadow that follows the body wherever it goes. One face of the shadow that appears in adulthood or old age is the feeling of inadequate. Being inspired by this fact, train yourself to minimize the chance of suppressing feelings since the very beginning. Find the means to express yourself in the most healthy and safest way. Either by writing or painting. Then, heal yourself by helping more and harming less. Quoting a part in the book of Ashner and Meyerson: “True empathy is a gift received only by a few”. In another way of saying, when you empathize with the suffering of others, you are not just healing yourself, but also showering your soul with the gifts of blessings.