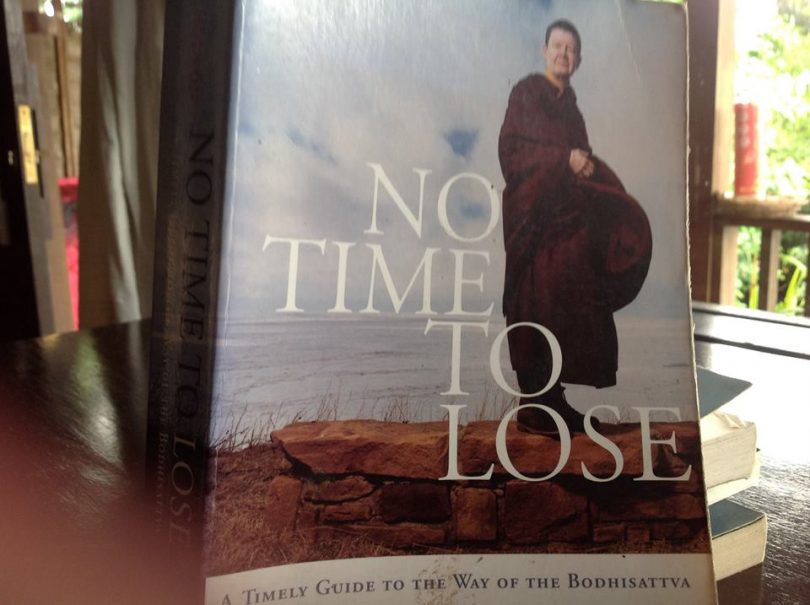 In this age, the number of beautiful souls who have the ability to transform the garbage of problems into the beautiful flower of blessings are very few. One of those very few is named Pema Chodron. After dedicating her life wholeheartedly to serve her husband for decades, all of a sudden this man confessed that he fell in love with another woman and planned to marry her. Instead of dumping her life into a trash bin after being hit by the biggest tornado in life, this so-called beautiful soul, Pema Chodron, used this tragedy as a spiritual turning point. This greatest blow of life was eventually leading her to become acquainted with meditation, and meet a Tibetan Mahasiddha named Chogyum Trungpa. Many years later, upon being appointed as one of the first generation of American women to teach meditation, this luminous soul was thanking her ex-husband who left her with a deep soul wound. Since this particular soul wound is the one that then encourage this bearer of light to start seeking for light.

Truly a wonderful turning point in the journey of the soul. As good as it gets to inspire many people with the fact that they can use soul wound as the opening key to find light. The keyword is hidden behind the title of one of Pema Chodron’s book: “No Time To Lose”. Train yourself to win the battle against vengeance, anger, hatred. That shows the quality of a real spiritual hero. It is neither the person of different religion who became the enemy, nor the ones whom hurting us that shall become the shooting target, but our own inner defilements. Hence, on page 27 of this book it says: “The ultimate merit comes from connecting with the unbiased clarity of our mind”. Anyone who have won over their inner battle would meet the greatest blessing of a lucid mind. The garbage of problems could only be transformed into the beautiful flower of blessings by having this clarity of mind.

As contagious as it is, you will not only be growing beautifully yourself, but so will the surrounding environment. Notice on what this kindhearted lady wrote on page 342: “The most significant step any one of us can make toward global peace is to soften what’s rigid in our heart”. To discover this kind of message in the midst of violent era here and there is very heart-touching. We can all play a role in shaping a peaceful world, particularly by softening what seems to be hardened in the heart. The remaining message left a hint that nothing is wrong with having a good faith on the sacred teachings of a certain religion, as well as believing in God. Yet, remember to always soften what seems to be hardened within. Without the courage to soften the hardened parts within, even the concept of God would only provoke many people to commit violence.