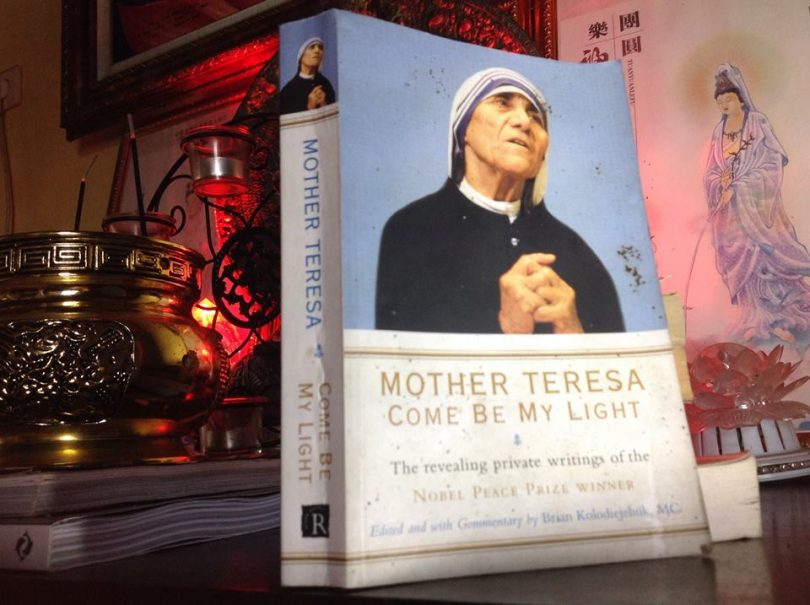 A mother was crying and shivering while reading the story of Pema Chodron whom using her soul wound as a key to open the home of Light.
A cheating husband whose ruining the marriage is not the one that threatens the soul. Instead, it makes the soul glow. It can only happen as the soul wound is being used as a turning point in the journey of the soul. The wound of the soul is being used as a sign to begin a deep yet long spiritual journey.
To be honest, we all have soul wounds at a various different level. Unlike the malicious soul that being dragged by the wound of the soul, particularly to drugs and other similar dangerous things, a luminous soul treats soul wound as a holy bell (Genta) that summons. Suffering, according to the interpretation of the holy bell, is a sign that the soul has been growing too far away from home. As the holy bell clangs, it only brings the following message: “Go back home, beautiful souls… go home”.

In our era, one of the luminous souls whose able to transform the garbage of sufferings into the beautiful flower of compassion is named Mother Teresa.
While most people ran away from the dirty and nasty suffering, Mother Teresa, instead, was using it as a media for self-development. Therefore, most of her life was spent in the middle of the dirty and shabby Calcutta, India. Similar to a beautiful Padma (Lotus) that blooms beautifully in the middle of dirty mud, so does the life of Mother Teresa. In a simple medical science theory, leprosy is contagious. But look into what happened in Mother Teresa’s life, she was not only being unaffected, yet, even her soul blooms beautifully.
With all due respects, this unpretentious woman was even once awarded with the Nobel Peace Prize.

She brought a crystal clear message that the realm is indeed full of suffering. Nevertheless, the human soul is being equipped with the intelligence to transform suffering into the Light of Compassion.
The misery of people – of those having an autistic child, to the victims of a terrorist attack – is not an object of vilification, but the holy water (Tirtha) that could be used to calm the inner soul garden. Hence, perfectly match with the title of Mother Teresa’s autobiography: “Come, Be My Light”. Let’s get closer. Be part of the Light. At least, by becoming the Light for the dark spaces within.
In conclusion, when suffering enters your door, the one that threatened you is nobody but your own inner dark spaces. In this case, beautiful souls like Mother Teresa only have one simple suggestion, which is to bring a lantern to brighten those inner dark spaces. And among many other lanterns, forgiveness is the most beautiful one.